How To Increase Soil Microbial Activity 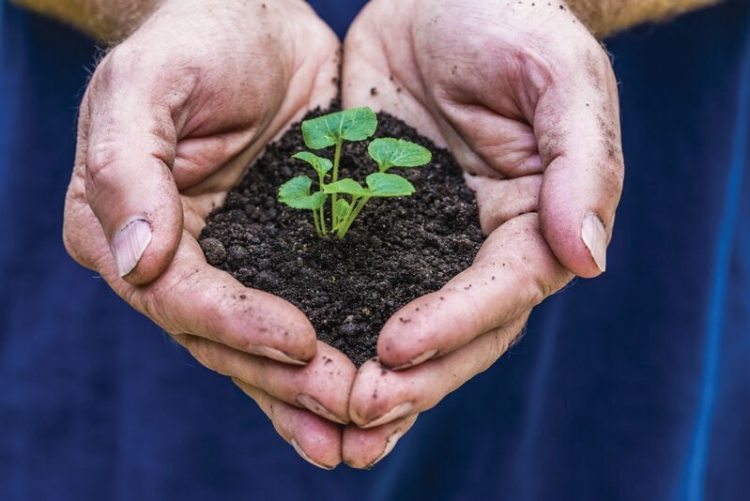 Keep Tillage to a Minimum (Preferably No Tillage, Ever)

Tilling the soil has a minimal effect on beneficial bacteria in the soil. Any disturbance to the soil, however, disrupts the mycelial network generated by beneficial fungi. These networks of fungus deliver nutrients directly to plant roots, but they are easily destroyed by plowing the ground or even walking on it.

Keep the Soil Covered at All Times

Ultraviolet light (UV) is a great sterilizer. You can purchase a UV light device to shine into water to make it safer for your swimming pool, and your barber may use UV light to sterilize clippers and scissors.

Sunlight shining on bare ground accomplishes much the same thing, except that most of the microbes it kills are beneficial. Making the problem even worse, in many parts of the United States, especially in the Southwest, bare ground can heat up to temperatures of 170° F (76° C). That’s hotter than the interior temperature of a roast turkey served for Thanksgiving dinner.

Keep Live Roots in the Ground Throughout the Growing Season

The microbial life of the soil delivers nutrients to plant roots, but plant roots also provide a home for beneficial microorganisms that live in the soil. The Rhizobacteria that fix nitrogen from the air, for example, live in the roots of legumes, not on the roots of legumes. We don’t often think of ryegrass as a host plant for capturing nitrogen from the atmosphere, but its roots can be a host for Klebsiella bacteria that fix nitrites, by allowing the bacteria to form a film over the root.

Beneficial bacteria are active at soil temperatures above 50° F (about 10° C). Making sure there are living plants rooted in the soil at all times that the soil is warm maximizes the microbial life of the soil.

Inoculate the Soil with the Microbes You Want

How many gardeners have been baffled when they add generous amounts of compost to the soil and their plants don’t respond?

Adding organic matter to the soil is important, but if you don’t inoculate the soil with beneficial microbes first, you are just as likely to be feeding pathogenic organisms as healthy organisms. Beneficial microorganisms have to be present in the soil before you can feed them. Bacterial and fungal soil inoculants are a must for successful addition of organic matter.

Which Microbes Should You Add to the Soil?

High on the list of useful microbes for every gardener and landscaper are the mycorrhizal fungi (MF) that colonize plant roots and help them take up water and nutrients. These fungi are lacking in many soils because of too much tillage. Breaking up the soil breaks up the mats of mycorrhizae that “scout out” water and nutrients to bring to the plants that host them.

The hyphae of MF are about 1/18 the diameter of plant roots. They can reach into tiny crevices that plants can reach. They can also coat the roots of the plants they protect with a substance called chitin, stopping the spread of bacterial root infections. MFs are not compatible with most weeds, so they benefit crops while doing nothing to encourage the growth of weeds. MF also releases a kind of persistent biological glue called glomalin that binds the soil together and discourages erosion.

What kinds of plants benefit from MF?

If you garden in an area where irrigation is needed to get a crop, or you have to water your turf grasses in the summer, it is important never to let the ground go fallow. Letting the soil dry out kills the MR.

The bacterium Streptomyces lucidus, sold under the trade name Actinovate, defends plant roots against many kinds of pathogenic bacteria and fungi. It also creates siderophores, natural compounds that greatly increase the availability of iron in alkaline soil. Azospirillum fixes nitrogen without the need for a legume as a host plant. Paenibacillus polymyxa, which produces the antibiotic used in Neosporin cream, can fight the bacteria that cause wilt. And Penicillium bilaiae, sold as Jumpstart, releases the phosphates in calcium phosphate to make them available to plant roots.

All of these products are more beneficial in dry, alkaline soils than in naturally moist, acidic soil.

There is one more secret to success in managing the microbial life of the soil. It’s humic acid. This ancient organic compound becomes a water-holding gel in the soil, keeping microbial life alive through both drought and flood. And unlike other soil amendments and inoculants, humic acid is something you don’t need to add to the soil every year. Products from companies like Tri-C Organics can help cultivate this healthy soil to make growing a breeze.

Also read: How To Choose a Trusted Mushroom Supplement Brand?

How to Kill Weeds in Your Lawn?

Don’t Have a Backyard? Tips for How to Grow a Garden Without One

How to Perform Commercial Landscape Maintenance?