How to Play Bocce Ball 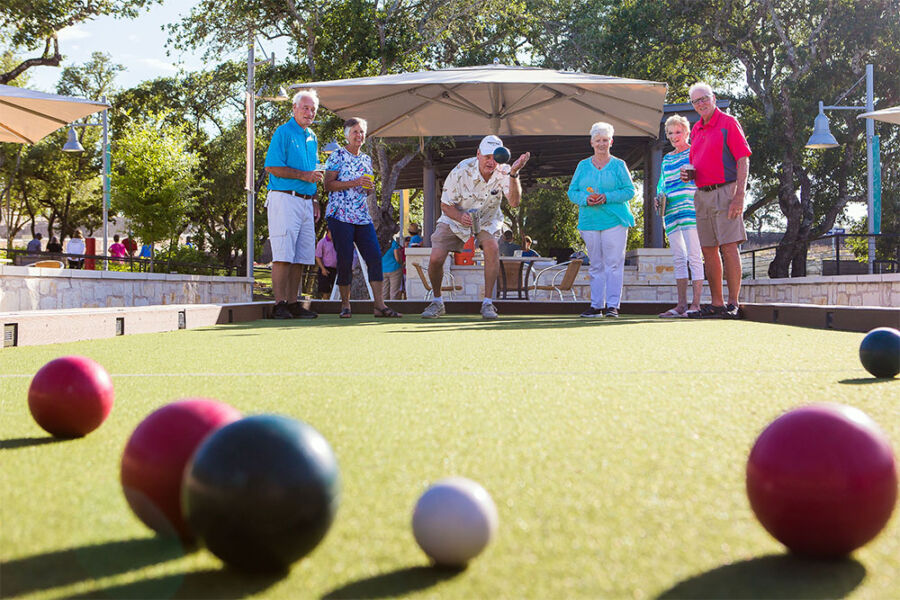 Italian immigrants introduced the bocce ball, one of the world’s oldest yard games, to the United States. Some assert that Egyptian cave paintings may have provided evidence of the game’s roots. The age-old game is still well-liked today and is played everywhere, from brunch to the beach. Bocce is a game played for fun by anyone and is also played competitively throughout the world.

It’s crucial to have a fundamental understanding of the tools, court, and teams before you start playing.

Bocce requires little equipment, making it simple to bring to the park or beach. To play, all you need is a bocce set, which includes two distinct kinds of balls:

Eight more giant balls, or “bocce balls,” make up a bocce set. Depending on age and ability level, they may come in various sizes, but a regulation-size ball has a diameter of around 4.2 inches. Four balls per set, in two colors, are provided to distinguish between each team easily. They are frequently red or green, though other hues could be found.

The Pallino, often known as a “jack,” is a smaller ball that serves as the target for the bocce balls during the game.

It would help if you had a nice, flat area to play bocce. This could be turf, sand, or grass. A standard bocce court measures 91 feet long by 13 feet broad. However, for social play, the court can be any size you require to fit your location. A raised barrier surrounding the outer rectangle of the court is advised but not necessary for social play.

You must draw two foul lines on each side of the court’s rectangle to indicate where players may not step when throwing. Usually, this is done 10 feet from the court’s end.

Bocce can be played with two to eight players, making it ideal for small and big groups. The size of the team affects how many bocce balls each player receives. While two- and four-person teams will have the balls distributed equally, couples with one player will ‘bowl’ all four balls.

It’s time to play once your court has been prepared and divided into teams. Each round in a bocce game is referred to as a “frame,” and after each frame, points are given. The game is played as follows:

1. The first roller will throw the Pallino to establish the objective for the frame. Pallino must veer off to the side of the middle line.

2. The person who threw the pallino will then bowl a bocce ball. Toss the ball underhanded while attempting to cup it from the bottom. Getting the bocce as close to the Pallino as possible is the aim of the toss.

3. The next move is for a member of the opposing side to hurl one of their bocce balls to come closer to the Pallino than their rival. If they are successful, the ball is deemed “inside.” If not, they will keep tossing all of their balls while distributing turns among their players until one of them lands within.

4. Invariably, the team to throw will be the one without the ball closest to the Pallino. Once all balls have been tossed, frames will stop.

It’s also vital to remember that during your turns, you are permitted to hit the pallino or even the bocce balls of your rival. This might be a tactic to move the target’s region closer or away from it.

One or more points may be given to one team at the end of a frame. The team with the bocce ball closest to the Pallino (s) is awarded a point. No points are given in the frame if the distance between two groups and the Pallino is equal. Most of the time, this may be determined solely by sight, but for accuracy, you can also use a measuring tape.

Typically, each ball inside is awarded one point. A team will score one point for each ball closer to the Pallino than the opponent’s closest ball if they have more than one ball in this range.

According to some interpretations of the rules, bocce balls that make direct contact with the Pallino, or “kiss,” score two points.

The game will continue until one team reaches the predetermined number of points, which is usually 12 but can be any number that fits a player’s needs or the amount of time available.

You can start playing bocce at your next outdoor gathering now that you know the game’s setup, guidelines, and scoring. Check out our other outdoor game tips for other entertaining yard games.