How to Play Chess: Become a Pro Player Now! 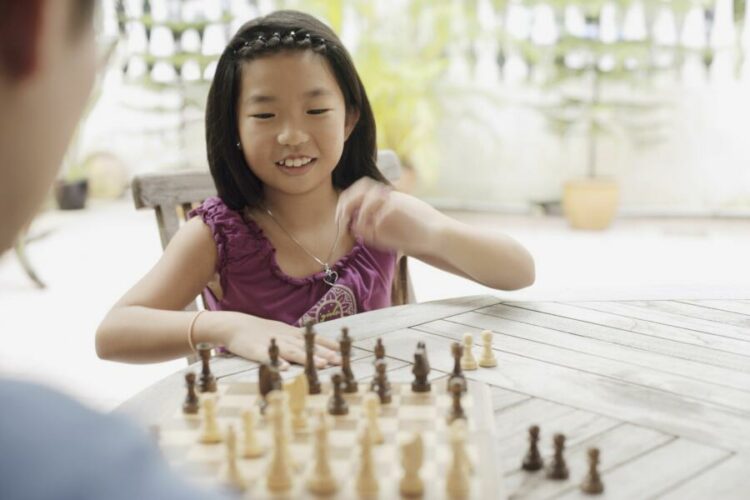 If you are wondering how to play chess, then this article is all for you! Every age group enjoys playing the skill and strategy-based game of chess. Although it has a long history as a game for thinkers and academics, anyone can participate. Learn how to play chess, a traditional board game, by reading on!

Below, we stated complete guidelines along with several tips that’ll let you know how to play chess, so follow them!

Step 1. How to Setup the Chessboard

How to set up the chessboard is the first step that comes in the guide on how to play chess!

Each player starts with the white color square at the bottom right-hand corner of the chessboard. It is how it is set up at the start of the game.

Step 2. How the Chess Pieces Move

The 6 various types of pieces all move in different ways. Pieces cannot pass through other pieces or move onto a square occupied by one of their pieces. They can, however, be moved to occupy the position of an adversary piece, which is then captured. The majority of the time, pieces are in positions from which they can either capture other pieces, protect those pieces from capture, or take control of crucial game squares.

# How to Move the King in Chess

The king is the most crucial piece, but it is also one of the weakest. Moreover, the king can only move one square in any direction, including up, down, to the sides, and diagonally.

The king is unable to ever check himself. “Check” is the term used to describe when another piece attacks the king.

# How to Move the Queen in Chess

The most potent piece is the queen. She can go as far as she can in any one straight direction, whether it be forward, backward, sideways, or diagonally. Moreover, she doesn’t pass through any of her pieces. A queen’s move is complete if she captures a piece belonging to an opponent, just like with all other pieces. Pay attention to how the black king is compelled to move when the white queen captures the black queen.

# How to Move the Rook in Chess

The only directions in which the rook may move are forward, backward, and to the sides.

# How to Move the Bishop in Chess

However, the bishop can only move in a diagonal movement. Each bishop must begin with one color and never leave that color.

# How to Move the Knight in Chess

The movement of knights is substantially different from that of the other pieces; they move two squares in one direction before making one more move at a 90-degree angle, forming the shape of an “L.” Additionally, only knights can move over other pieces.

# How to Move the Pawn in Chess

In contrast to other components, pawns move forward but capture diagonally. This makes them unusual. Pawns can only move one square at a time, with the exception of their initial move, when they can move two squares.

Several unique chess rules exist, some of which may not initially make sense. They were to increase the game’s enjoyment and intrigue.

# How to Promote a Pawn in Chess

Another unique characteristic of pawns is that, if they cross over to the opposing side of the board, they can change into any other chess piece, with the exception of the king.

A pawn could rise to the rank of knight, bishop, rook, or queen.

Step 4. Find out Who Makes the First Move in Chess

Moving always starts with the player holding the white pieces. As a result, players typically choose who gets to be white by coincidence or luck, such as flipping a coin or asking one player to guess the color of the hidden pawn in the other player’s hand.

The next move is by White, then Black, then White again, then Black, and so on through the rest of the game. Moving first is a slight advantage that allows the white player to make an immediate attack.

Step 5. Review the Rules of How to Win a Game of Chess

A chess game can end in several different ways: by a draw, a checkmate, a resignation, or an early forfeit.

# How to Checkmate in Chess

To checkmate your opponent’s king is the aim of the game. This occurs when the king is restrained and unable to get out of the check.

There are only three methods for a king to get out of the check:

The game is over if a king is unable to escape checkmate. Typically, the game is simply declared finished and the king is not captured or taken from the board.

If one of the players doesn’t play cautiously, checkmate could occur early on in the game.

# How to Draw a Chess Game

Sometimes chess matches finish in a tie rather than a winner. A chess match may conclude in a draw for the following reasons:

When one player has no further legal moves and it is his turn to move, the game has reached a deadlock: His king is not in check, and he has no other option

Playing chess frequently is the most crucial thing you can do to improve. No matter if you play the game online, with friends, or at home, you must play it a lot to get better. Nowadays, playing chess online is simple to do!

So, here is what we know about how to play chess and win it too.Further, to become a pro player and excel in existing skills, you must adhere to this complete guide on chess!