How to Play ‘King’s Cup’ the Classic Drinking Game 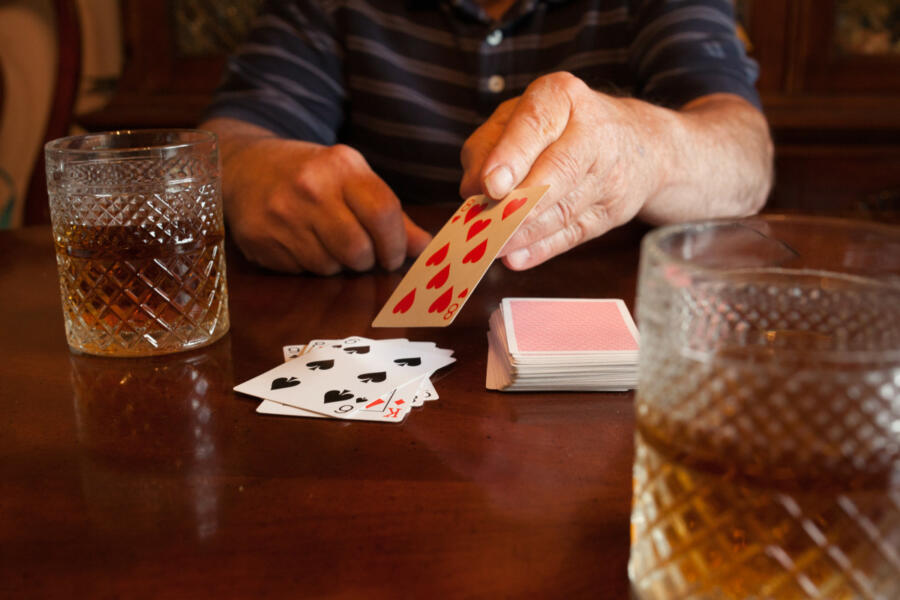 King’s Cup is a well-known engaging & opening game at college or house parties. In the past, this game was used as an icebreaker for mates or couples. This renowned game is usually played with alcoholic beverages, typically wine & beer. But if you want to play it without alcohol, you can always replace it with normal water or juice. King’s cup game is the most popular & classic drinking game that has been played for years. It is commonly known as the donut, circle of death, or ring of fire.

Hey, are you feeling dull at your house party? Or feeling awkward with a bunch of new friends? Then the King’s Cup can be an icebreaker for you. If you’re not very familiar with King’s Cup rules, then this article might help you. Let’s break this up for you.

King’s Cup Origin & Peep into the Past

It is claimed that the game was created on college campuses in the 1950s. But the term itself was introduced in Urban Dictionary in 2004. The game became commercialized after the song ‘King’s Cup’ by singer Charlee Remitz went viral in 2015. Many big brands, such as Loaded Kings, & Red Pong Cup, soon started reinventing the designs of the cards by waterproofing them. In the modern era of the internet, many online guides provide tutorials of detailed King’s Cup rules.

Although the majority of the rules have changed over the years, the methods may be shifted, but today we’ll stick to the very old classic King’s Cup rules.

If you pick an ace, it implies a waterfall. It starts with gulping the drink, whatever you have in the glass. The person who picked the card has the authority to control the cycle & can stop drinking anytime.

Two implies you. That means the player can pick one person to take two drinks or two players to take one drink.

That means the person who picked the card can take a drink.

Four implies the girls. Everyone, especially the ladies, must touch the floor. The last person doing the task takes a drink.

The alternate rule is to give two and take two. That means giving out two drinks to anybody & take two drinks from anybody.

This is fun. It implies the person that picks up the card must break a dance move. Then this continues clockwise until someone messes up & has to drink.

All men playing take a drink.

All women playing take a drink.

Seven- Go to the Heaven

Everyone must reach for the sky with both arms. The last person takes a drink.

That means the players can choose anyone to pair up with them. They can chug together. This is a great way to show interest in your crush.

It proves the team’s creativity, but this can be funny too. The rule is the player who picked the card says a word & everyone clockwise says another word, following the rhythm until someone messes up or forgets the rhymes & has to drink.

The player who picked the word chooses a category like anything & the rest of the players must say a word that fits into the category. If any player fails to think of a new word or makes a repeat, must gulp two fingers of drinks.

Jack- Never Have I Ever

The player who picked the card says something they have never done, any player who has done that must take a sip. This part of the game can sometimes be daring, funny, ridiculous, or even juicy.

The player who picked this card can ask anybody anything & if any of the other players answer a question asked by the question master, they must drink.

Finally, the king is here. The player who’s got this card has the power to make a rule for the game & everyone must follow the rule. The new rule stays in place until another player picks up a new king.

More about the Variations of King’s Cup Rules

Whatever the name is, the main intention is to have fun with friends in a playful mood. Few of the rules allow you to poke fun at those who can’t handle themselves getting drunk. With this game, you can rediscover your friendship & bond with your crush. Sometimes, you can get into your friends’ secret life updates. You can also witness some of the unforgettable drunken dancer’s moves. It’s All about making memories, Right?

Knowing the King’s Cup rules, you’re ready to have fun at your next party. But always remember to drink responsibly & play safe. Have fun, folks.

Also read: 13 Fun Drinking Games You Can Play At Your House Party