How To Play Overwatch Crossplay on PC, Xbox, Switch & PlayStation 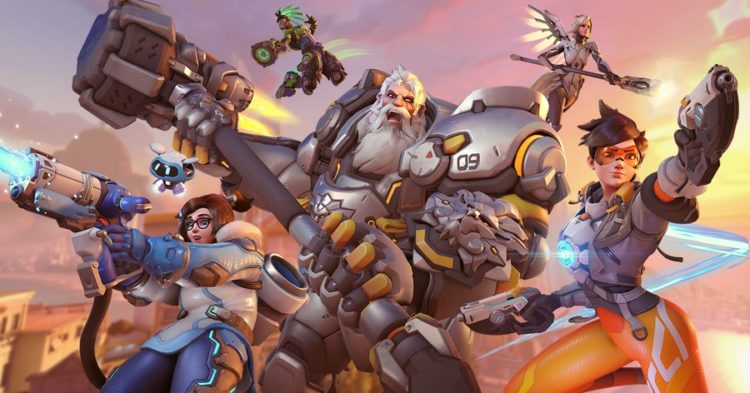 Overwatch appeals to many players because of its ability to suit diverse range of gamers. There are casual gamers to pro players who are interested in Overwatch. Also, there is cartoon style and low skill barrier in the game which makes it a hit. The Overwatch 2 is the title’s most anticipated sequel. But it will still take some time for it to release. The players have to make do with the original title for now. There is one issue with Blizzard’s flagship FPS and that is cross-platform play. But because of the June 22 Overwatch patch, there is a cross-play enabled. Here you can find all the details of Overwatch crossplay on PC, Xbox, Switch & PlayStation.

Why Overwatch is famous?

Overwatch is a 2016 multiplayer first-person shooter game created by Blizzard Entertainment. It is the “hero shooter” game that assigns players into two teams of six. Each of the players will be able to select their role from the large roster of characters. They are known as heroes with unique abilities.

The teams work to complete the objectives of the game. Now and then the game adds new characters, maps, game modes, and more. It was released on PlayStation 4, Xbox One, and Windows. A cross-platform feature was released in June 2021.

The new sequel of the game known as Overwatch 2 will have a new player versus environment (PvE) and other modes. It will support a competitive multiplayer environment that will allow the players of both the first and the second games to play against each other.

The plot of Overwatch is interesting. It is set sixty years into a futuristic world and thirty years after the resolution known as Omnic Crisis. Before this world event, humanity was enjoying the golden age of technological development and prosperity. But after humans created the AI intelligence called Omnic things became bad. These Omnics were given the same right as humans.

The facilities called omnium started to build lethal and hostile robots that posed a threat to humanity. Many countries formed their soldiers to ward off the lethal robots. But the United Nations formed Overwatch, an elite task force. They start to combat the threat and try to bring back the order.

What is the Crossplay?

Overwatch is not only for computer gamers. The game is now available on Playstation, Xbox, and Nintendo Switch. Therefore, there are many players on these platforms. It is going to join the other game titles like Fortnite and Apex Legends. It is known as Cross-platform play. It allows the players to play as a group on any platform.

If your friend prefers to play in PS5 but you want to play on your PC then you two can still play the game together. This is the benefit of Crossplay.

What is Overwatch Crossplay?

One of the main complaints of the iconic FPS is that it has never supported Crossplay. But the Blizzard listened to the concerns and has added the feature in the game. It was added this June. If you want to participate, you have to ensure that your console account is linked to the Battle.net account. Then you have to add the friends you want to play with for Overwatch crossplay.

How to connect console and battle.net accounts?

How does the Crossplay work for Overwatch?

If some other person is in the group, then the mouse and the keyboard players will be able to join in the console player matchmaking pool. Then if the console players want to play with the PC players, they have to do it without the Aim Assist. This feature will be disabled by default if you team up with a PC player. Then only the play will be equalized.

Overwatch is an interesting game. It is about how an organization tries to restore peace to the world. The characters are powerful and skilled. So, use the feature of Overwatch crossplay.

You may also read: Seven Main Reasons that Dota-2 Have a Positive Effect on Gamers Psychological State