How to Play Pool: Rules, Tips and Tricks 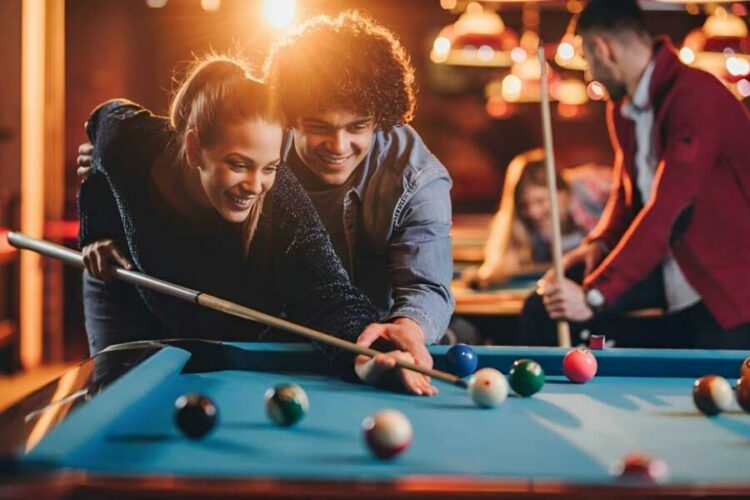 Millions of people play the game of pool, which is quite popular all around the world. However, there are other variants of the game, each with its own unique set of guidelines. The American-made variations of the game, known as “eight-ball” and “nine-ball pool,” are by far the most popularly played.

Both games are played on a standard-sized pool table with the required six pockets, and both have won numerous world championships. The game that most people think of when the word pool is mentioned, however, is eight-ball. You’ll probably see this game being played at your neighborhood pool hall. With cues, 16 balls, 15 object balls, and one cue ball, an eight-ball pool can be played as a solo or doubles game (the ball the players strike to try and hit the other balls). Compared to its relative snooker and billiards, the pool can be played pretty fast, but that doesn’t make it any less skillful; players need a high level of skill, attention, and tactical thinking to play the game at a high level.

Aim of The Game

To win a game of pool, you must pot all of your predetermined balls (either stripes or solids). Players try to win as many games as necessary to win the match because pool matches frequently consist of multiple games played in a “best out of” format. To assist them to win the game, players must employ their tactical acumen, as well as their talents in both attack and safety play.

The following equipment is necessary to play pool:

In a pool, there is no set score; players simply try to pot all of their selected object balls before potting the 8-ball into the pocket of their choice. However, pool matches are frequently split up into multiple games. In this case, the winner of a best-of-nine-frame match would be the first person to reach five frames.

One of The Following Things Happens to Win The Game 8 Ball Pool:

A player pots all of the balls that are in their allotted pockets before legally throwing away the 8 balls in their designated pocket.

Before clearing their own set of balls, the opponent pots the 8 balls improperly.

The adversary hits the 8 ball off the table.

With slightly different varieties being played in various nations, towns, regions, and even businesses, pool regulations are among the most highly discussed of any sport. For both amateurs and professionals, the World Pool-Billiard Association (WPA) has created a set of uniform rules that must be followed.

Are you a crazy pool fan? But, don’t know how to play pool, then here we mentioned the game pool and the equipment we need to play the game and all the rules which you have to follow while playing the game. So, go through it for a better understanding of the game!

Also read: How To Become a Better Casino Player