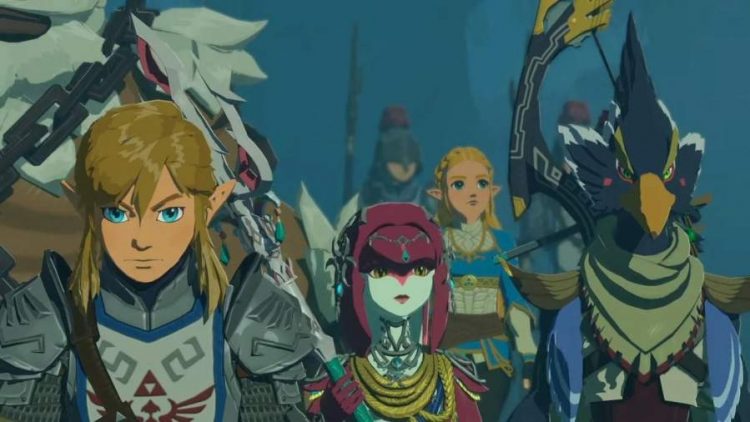 Hyrule Warriors is a hack and slack video game made by Omega Force and Team Ninja. The developer of the game is Koei Tecmo for Nintendo Switch. The sequel Hyrule Warriors: Age of Calamity is going to release soon. Many are eagerly waiting for the game’s release. It is an interesting game and many are happy for the new prequel. The game is a crossover between the games such as The Legend of Zelda and Dynasty Warriors. The new game is a prequel to The Legend of Zelda: Breath of the Wild 2017.

Know all the details about the amazing game here.

The development of the Hyrule Warriors: Age of Calamity

Hayashi shared that the game came into existence when Aonuma came to him to talk about the events of the Great Calamity in the Hyrule Warriors. He told that the information about the war was not that much available in the Breath of the Wild. Aonuma also felt that the battle will suit the style of Warriors game. So from then onwards, the developers started to work on the graphics, world, dialogue, gameplay direction, and more.

The release date of Hyrule Warriors: Age of Calamity

The game is set to release on November 20, 2020, on Nintendo Switch. Fans are eagerly waiting for the series as they can play with many of their favourite characters from The Legend of Zelda. So stay tuned for the game.

The details about the new game got revealed through a trailer released on September 8, 2020. The presenters of the game were the producers Eiji Aonuma and Yosuke Hayashi. The game will have the same art assets as the Breath of Fire however the gameplay will be more combat-based. The Tokyo game show of September 26 revealed more information about the video game.

The plotline of Hyrule Warriors: Age of Calamity

The prequel is set hundred years before the game The Legend of Zelda: Breath of the Wild. This story will show how the Great Calamity which is a great war happened between the armies of Hyrule and the Calamity Ganon forces. So many characters from the original game will appear in the prequel. It is going to be amazing. The players can experience the emotional feelings of the Great War.

The gameplay of Hyrule Warriors: Age of Calamity

The new prequel will be similar to the Hyrule Warriors, Age of Calamity. It mixes the hack and slash gameplay of the game series Dynasty Warriors and the series The Legend of Zelda. The characters, settings, and other aspects will also be the same. The game consists of material crafting, combat, weapons upgrade systems. Moreover, the game will also have an environmental puzzle by utilizing the Sheik Slate tool from the game Breath of Fire.

Some of the playable characters are Link, the four champions, Daruk, Princess Zelda, Mipha, Urbosa, and Sheikah warrior, Impa. The game will also be similar to the amiibo figures of Nintendo as the figures of four champions releasing alongside the game.

Hyrule Warriors: Age of Calamity will be a great game. Again the players can go into the world of warriors and learn how the characters fought the Great War.