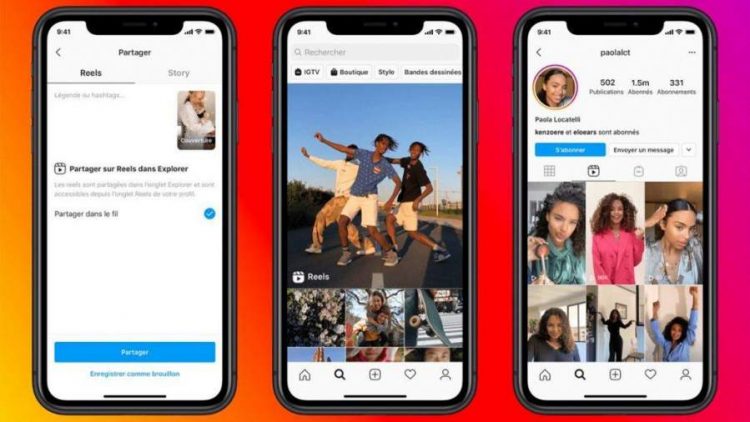 The popular social media platform Instagram has started a video-music remix addition. This will take the place of the app TikTok now banned by the Government of India. Many people enjoyed using TikTok to share the videos they made. But because of the ban, they were not able to use it. So to benefit the users Instagram came up with the idea of Reels. This new feature in the app is now popular. Many are posting videos of their activities in this new feature. The Reels will allow people to create a fifteen-second video. You can find it in the top section of the Instagram page. Know all about the amazing feature here.

Where it has launched?

Reels has launched in both ios and Android devices. However, in Brazil, it gets the name Cenas. This is now offered as a competitor to TikTok. The feature instead of beginning from scratch like Lasso is available on Instagram where all the users of that platform can make use of it.

Robby Stein the director of Instagram product management shared that TikTok has fabulously introduced such types of format for the users. The company said the same thing when they copied the story feature of Snapchat. However, now it is more popular in Instagram then it is in Snapchat. Moreover, the Chinese companies were always accused of copying the American however now the situation got changed. Many of the features in Reels are same as TikTok.

The director also shared that although Reels is same as TikTok not all apps are the same. He also said that when seen at a broader scale sharing music and video is a universal idea. They are now focusing on adding their unique ideas in the app to make it different. That is one quality of Instagram.

How to use Reels?

The users can make Reels by using the features on Instagram. At first, they have to select the Reels camera on Instagram. Then there are many options on the left side to edit the video.

Some of the tools that the feature contains are

Instagram users can find many types of songs for audio effects. There is a whole library for them to choose from. The users can record their videos by using the Reels. There are a lot of effects in Reels as usual. The users can also use it for extra effect.

The users can make use of the Reels without holding the phone by the Timer features.

The users can add many clips and make one single video. This will help them to attach the videos of their friends.

The users can speed some parts of the video and even slow it down. This is a good addition as the users can use their creativity for it.

The Reel like the Instagram story will be available for twenty-four hours. They can post it publicly or privately. The users with public profiles can do it with Explore option.

The users can share the videos made in Reels with friends and family. There is a special feature in them in Explore. Here the Reels will be available for all. The people in Instagram can see it. To heighten the visibility of the Reels the users can create Reels with popular songs, effects and hashtags.

Many sources claim that Instagram is getting in touch with the content creators in TikTok to join with them. This will help the Reels to become even more famous. The Reels feature was at first released in Brazil because of the large Instagram community and also the rich culture. The people of that country are also not crazy about TikTok. So the feature was at first launched there. Now it is starting to slowly gain prominence in countries like India where TikTok was famous.

Now as the app TikTok got banned in India, Reels feature is getting popular. Many users in Instagram are using the Reels to share videos. This has allowed shy people to share the videos they made with people they love and know.

Reels is a great addition to the Instagram platform. There are a lot of amazing features available in it. In the future, if the feature gets even more popular the creators may add new features also.

Everything You Want To Know About 4chan Search

Guide to Conduct a Cybersecurity Assessment