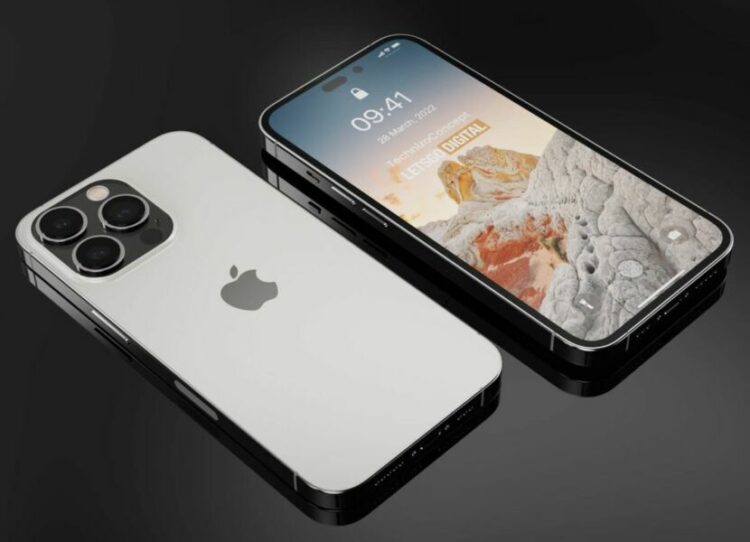 The launching of the 2022 iPhone 14 models is still a few months away. This indicates that rumors and speculation concerning the appearance of such models are still going around. Before the iPhone 13 models were released, there were reports concerning the impending 2022 iPhone models. The size of the iPhone will change in 2022. There will be no more 5.4-inch iPhone mini models. The 5.4-inch iPhone mini was changed as a result of poor user feedback.

Apple has not offered any remarks on the iPhone 14. The most likely time to release the next phone is in September 2022, considering their past behavior. Given that Apple often releases new smartphones around the same time each year, it is reasonable to infer that the iPhone 14 will be unveiled in September 2022.

Launched on September 14, 2021, was the iPhone 13. According to this, the iPhone 14’s release date would most likely occur between Tuesday, September 6, and Tuesday, September 13, 2022. Around 10 a.m. PST, 6 p.m. GMT, or 4 a.m. AEST, Apple events normally get started. The company frequently hosts events at its Apple Park headquarters in California.

For a few years, Apple typically fixes specific pricing for its iPhones. But occasionally, the price of the iPhone might alter due to market conditions and currency rates. Apple seldom alters the cost of its iPhones significantly. This is frequently done based on how the market is doing and the current exchange rates.

Although the pricing of the iPhone 14 hasn’t been announced officially, given that the normal iPhone 13 starts at 68000/$699/AUS1199, we would anticipate it to be priced similarly.

Apple is rumored to be aiming to raise the cost of its devices. The smaller iPhone 14 will cost $799 when it first becomes available, while the larger iPhone 14 Max will cost $100 more at $899 (£650, AU$1200). Additionally, it has been said that Apple employees are debating raising pricing. This implies that iPhone costs might alter in the future.

Also read: 5 Things About Tech That You Didn’t Know

The iPhone screen seems incredibly smooth, thanks to Apple’s ProMotion technology. Originally seen on the iPad Pro, this technology is anticipated to be included across the iPhone 14 lineup. Some folks think the iPhone could eventually get Touch ID back. This would be an excellent method to open the phone without having to remove the mask. Another possibility is that Face ID will eventually lose its accuracy. Users would then need to utilize a different method to unlock their phones because Touch ID might not function as effectively as it currently does.

According to some, the upcoming Apple iPhone could contain a secret button that would enable you to turn the screen off. Apple has not yet formally acknowledged this. It appears that Apple intends to introduce a new iPhone that will support USB-C. This would be fantastic since it would allow for far quicker charging than Lightning and much greater accessory versatility. With the iPhone 14, it appears that Apple may be preparing to shift significantly. This is because it looks like USB-C will be the main option for charging the phone.

The Ultra Wide camera on all 2022 iPhone models may be improved, while the wide-angle and telephoto cameras on the iPhone 14 Pro versions may both receive considerable upgrades. Apple analyst Ming-Chi Kuo predicts that the 2022 Pro iPhone models will include a 48-megapixel Wide camera, a major improvement over the current 12-megapixel camera, and 8K video recording capabilities.

The iPhone 14 Pro camera has 48 megapixels that will also be able to take 12-megapixel pictures via a process called pixel-binning. Pixel binning integrates data from several tiny pixels onto the camera’s image sensor to boost low-light sensitivity.

According to Kuo, the iPhone’s 8K video recording feature will make it possible to create videos and images that are better suited for augmented and mixed reality devices like the AR/VR headset that Apple is developing. These videos and images can then be displayed on an 8K display or TV for “a better user experience.” The 48-megapixel Wide lens and 8K video recording will only be available on the Pro versions, while the entry-level iPhone 14 models will only have a more basic camera.

All of the iPhone 14 versions that will be released this year are anticipated to have updated front cameras with bigger f/1.9 apertures and focusing features. In order to take clearer, more detailed pictures with a better depth of focus, a wider aperture would allow more light to travel past the lens and onto the sensor. The enhancements to autofocus would provide better focus changes during video chats.

With Apple switching to a SIM-only design, the iPhone 14 variants may debut without a real SIM slot. Some iPhone 14 versions may be the first to lack a SIM slot as Apple is rumored to be encouraging major U.S. carriers to get ready to introduce SIM-only handsets by 2022.

Since SIM capability is not accessible in every nation, certain regions’ iPhones will still require having a nano-SIM slot. It may be optional in nations where a SIM-free iPhone is offered, allowing customers to still select a model that includes a SIM. A list of the more than 60 nations that accept SIM can be seen on Apple’s website.

Also read: Ultimate Guide on How To Make Your Apple Phone Safe and Keep All Data Private