Is Lularoe Still In Business? Know it For Yourself Here 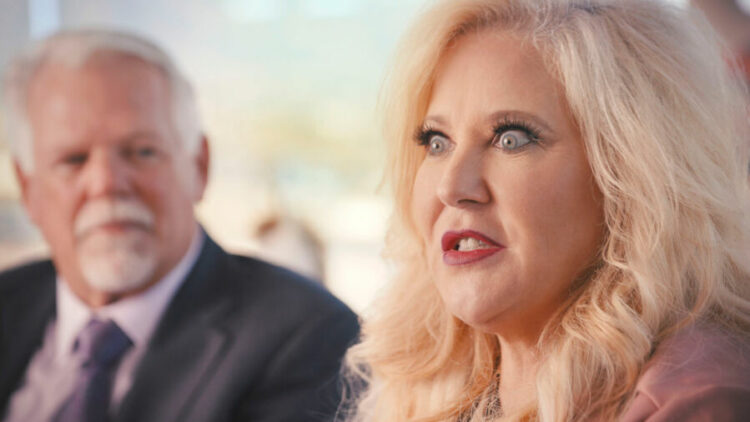 Often webseries help in bringing out the truth and reality of something through the form of drama. All thanks to the docuseries “LuLaRich,” we came to know about the meteoric rise of a famous fashion brand. So if you wonder, “is LuLaRoe still in business” and want to know more stuff about them, make sure you watch the series of Prime Video “LuLaRich.”

Needless to say, this series became famous in no time. They showed the company’s meteoric rise before everything fell apart. It became clear that LuLaRoe was a multilevel-marketing scheme that only benefitted those at the top.

So would you like to know more interesting details about LuLaRoe? Stay with us until the end as we share some significant details that will help you figure out, “is LuLaRoe still in business”? Let us take a quick glance!

Some Interesting Details Regarding LuLaRoe

If you are a fashion lover, you must have indeed known about LuLaRoe. It is a United States-based multi-level marketing company that sells women’s clothing. DeAnne Brady and her husband Mark Stidham founded the company in 2012. It is currently in Corona, California.

So as a multi-level marketing scheme, LuLaRoe recruits independent distributors. They usually refer to them as “fashion consultants” to sell products directly on social media. In fact, LuLaRoe reported they had sales of around US$1 billion in 2016. This made it one of the largest firms in this industry in 2017. So around 80,000 distributors were selling the company’s clothing.

However, the company has also received criticism and lawsuits from distributors and consumer advocates. This is over several issues related to its business model and problems with the quality and design of its products.

LuLaRich Suggested That LuLaRoe Might Go Out of Business

Did you watch the series LuLaRich? Well, you must know that it suggested that LuLaRoe might go out of business. So at one point, LuLaRoe was everywhere— or at least, its garishly patterned leggings were.

However, after the company’s tragic downfall. You might have seen it in “LuLaRich.” It involved lawsuits citing quality control issues, unfair refund policies, and plenty more. So naturally, the question on everybody’s lips is whether LuLaRoe is still in business. But you must have got your answer now.

If you’ve watched the docuseries, you will know LuLaRoe is still in business. Its Instagram page is highly active and popular. They come up with several posts per day. At the same time, the company’s infamous work trips clearly still occur, with a LuLaRoe cruise setting sail in 2020.

What Are The Things From Which Customers Can Be Sure That LuLaRoe Is Still in Business?

Needless to say, this question has been lingering in the minds of countless customers of LuLaRoe for the past couple of months. If you are eager to learn more about this question, watch the Prime Video docuseries LuLaRich. At the same time, you can look up their Insta pages, where they regularly upload posts.

In addition, the official website also states that LuLaRoe’s mission is “to provide an opportunity for people to create freedom by selling comfortable, affordable and stylish clothing.” However, despite its positive outlook, things have changed greatly. For instance, a recent Insta post noted only 17,000 active retailers. This is much less in comparison to the 80,000 LuLaRoe they had earlier.

Likewise, to tackle some tricky accusations, the company now regularly shares income disclosure statements. Here they detail how much their consultants made. So if we analyze the 2020 statement, around half of LuLaRoe sellers made less than $5,000. This is in combination with sales and bonuses under the Leadership Compensation Plan. There are also multiple lawsuits pending against LuLaRoe. However, you can rest assured that they are still in business.

What Lawsuits Did The Company Face Until Now?

Needless to say, LuLaRoe is one of the most popular fashion brands in the United States. It is not quite unnatural that famous companies often face legal issues. Well, such is the case with LuLaRoe.

As we said earlier, the company has received criticism and faced lawsuits from distributors and consumer advocates. This is mainly regarding several issues related to its business model and problems with the quality and design of its products.

For instance, a distributor filed a class-action lawsuit in California in October 2017. At the same time, in January 2019, the Washington State Attorney General filed a lawsuit against LuLaRoe. They accused them of being a pyramid scheme.

The company only sells LuLaRoe clothing through multi-level marketing distributors. So now they purchase inventory from LuLaRoe wholesale, which they resell to consumers. However, for this, LuLaRoe distributors buy an initial inventory of clothing and marketing materials. As per the sources, it costs between $4,925 and $9,000. They are also told to keep around $20,000 worth of inventory on hand.

In fact, distributors can be compensated from two potential revenue streams. They are direct sales to customers and from a commission based on sales made by “downline” distributors they recruit. So, according to the company’s income disclosure statement, in 2015, the average annual commission earned from downline distributors was $85.

Do you know how LuLaRoe distributors sell their products? Well, it is either through a party plan, pop-up boutiques, or online using private groups they have set up on Facebook.

What Are LuLaRoe’s Main Products?

Many of you might wonder what LuLaRoe is mainly famous for. Let us share with you the details! LuLaRoe’s main products are brightly patterned leggings, shirts, and dresses. In fact, the company’s clothes tend toward modesty. Moreover, they are partly based on the Stidhams’ affiliation with The Church of Jesus Christ of Latter-day Saints.

In addition, LuLaRoe releases 5,000 copies of any given pattern. Especially when they sell a product, they do not generally reissue it. Also, LuLaRoe distributors can choose styles and sizes, but not specific patterns.

Moreover, each distributor is provided with different products for their inventory. They have noted some patterns, which they call “unicorns.” They are significantly easier to sell than others. The garments are made in Asian and Central American factories.

So as we conclude, we can say that even though multiple lawsuits are pending against LuLaRoe, the company is still very much in business. They are trying to strive against all odds. We hope that the directors will soon be able to control the situation.