Is Mobile Gaming Going to Replace The Home Console in The Near Future? 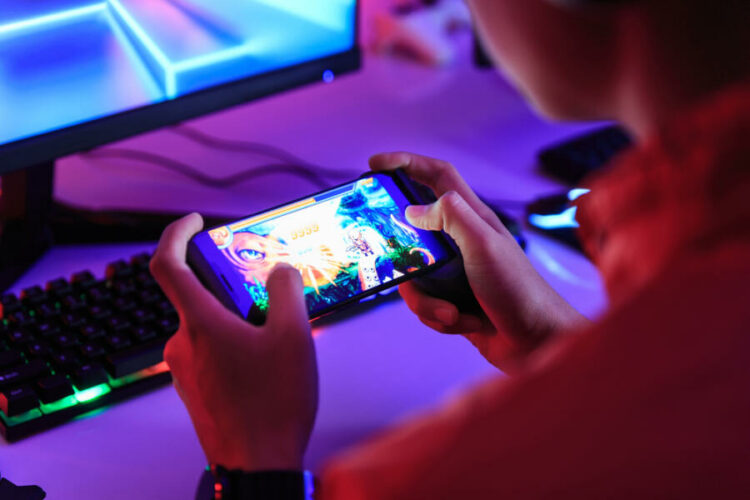 Will mobile gaming eventually replace console gaming? It’s a tricky question to answer, particularly given how famous smartphone gaming has become. This market juggernaut is carrying the gaming arena by storm. The sheer number of downloads alone is a clear indication of the popularity of mobile gaming.

The fact that big-name game publishers like Bethesda, Blizzard, EA Games, and Activision are getting in on the action further emphasizes the size and potential of this market. It’s a market that is ripe for the taking, and it’s one that is sure to be enjoyed by a massive audience.

The trend of playing video games has grown tremendously in recent years, owing primarily to technological advancements. People enjoy playing online casino games on their smartphones because they are accessible at any time and from any location. But does this mean console gaming is replaceable?

The Paradox of Mobile Gaming

Despite significant advances in mobile devices, smartphones cannot compete in terms of performance with gaming desktops and consoles. It means mobile phones are inherently less performant regarding gameplay elements such as audio, visuals, and content. However, aside from these apparent drawbacks, statistics paint a different picture.

Mobile games lack the complex mechanics of PC and console games, making them simpler to learn and master. They don’t contain as much content, so they’re less time-consuming and, thus, easier to play. They lack AAA graphics, so more devices can run these games, allowing them to reach a much larger customer base.

Moreover, mobile games are much more accessible to a broader range of people since they can be enjoyed on low-end devices—casual gamers who lack the time, enthusiasm, or desire to purchase a gaming PC. Mobile games are intended for devices with limited processing power.

Its user base can spend a small amount of money on their smartphone to play these games. Because of their restricted content and complexity, mobile games are ideal for those looking for a less time-consuming option than full-sized video games.

Does this imply that mobile gaming can eventually replace console and PC gaming?

Surprisingly, the answer is no. Even if mobile gaming purchases continue to grow substantially while console and PC gaming revenue continues to shrink, mobile games will not replace PC and console gaming to the stage where they become obsolete.

In terms of game quality, console games continue to reign supreme. It is not likely to change anytime soon. It is an undeniable fact. It would be best if you thought about their target markets. Believe the experience categorizes the needs they strive to sell; for example, sports automobile manufacturers do not market to the average buyer.

Casual gamers want to get more out of their expensive phone and are the target audience for mobile games. Console and PC games, in contrast, are aimed at consumers who want to experience the best the market has to offer: the ideal graphics, gameplay, storyline, and everything else. And there are those willing to pay a high price for such an experience.

Even if the mobile games industry becomes a commercial tycoon, console games will never become obsolete. Simply put, gaming experiences on consoles and computers are superior. Great items will always have a market.

They merely sell their goods to customers who are ready and eager to buy them. They are two different things intended for people with distinct desires. To summarise, mobile games will not replace console or PC games; instead, they will coexist.