Is Sea of Thieves Cross-Platform? 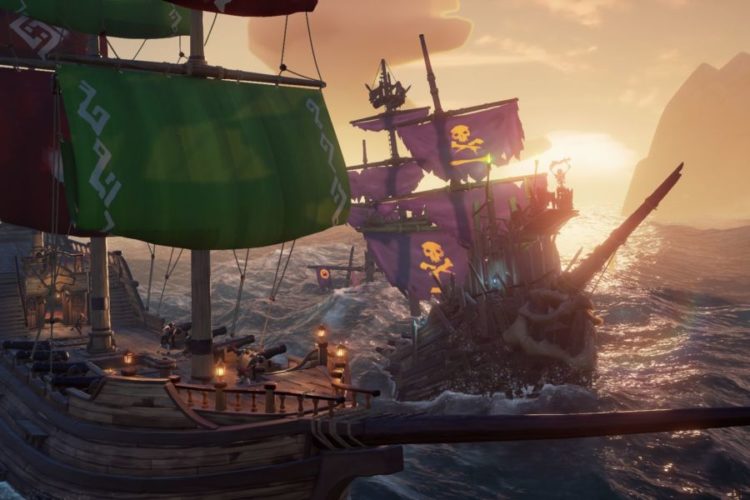 Do you love playing adventurous video games? You must have heard about the famous game Sea of Thieves, right? So you must have also heard about the hype centering on Sea of Thieves Cross-platform as well. Who doesn’t love to play with the pirates, and have an experience similar to Jack Sparrow of the Pirates of the Caribbean Sea? Yes, it has become very popular in the present generation.

Therefore, when the devs first launched the game in 2018, it instantly became popular. In fact, presently, it is also the best-selling Microsoft game ever. Currently, you can play them on Microsoft Windows, Xbox One, and Xbox X/S exclusive.

Now with so much hype surrounding this game, all the fans are wondering if Sea of Thieves cross-platform will indeed be available for the fans shortly. Let us now share some relevant details with you.

What is Sea of Thieves all about?

Since you are reading this article, it is apparent that you are curious to know the answer to the question that if the Sea of Thieves cross-platform will be possible or not. You are at the right place as we will share some significant details regarding it here.

As the name suggests, the Sea of Thieves is a shared-world pirate game that has lots of adventure and exploration at the forefront. So you can see the world’s oceans filled with loot, buried treasure, uncharted shipwrecks, and other players. In fact, the players here can go on an exploration together or fight against each other for fame and fortune. They have to defeat each other to become Pirate Legends. Sounds interesting, right? Yes, it is indeed a fun game!

Where can you Play this Game?

As we mentioned earlier, you can play Sea of Thieves on Microsoft Windows, Xbox One, and Xbox Series X/S. So you can either play it with your friends or online on the same couch. At the same time, you will also have the option to sit out a crew’s voyage if you feel like not taking part.

Moreover, the game will share your voyages among all the players who participate in the adventure. Do you know why the devs thought of coming up with this game? Well, it was to bring people together from all around the world to have an unforgettable experience. So with Sea of Thieves cross-platform, the fans are even more excited.

This cross-platform play is something that the fans have brought many times over the years, and every time, the devs have avoided that question. But this time, things seem to be different. Let us now delve further into the topic.

Is Sea of Thieves Be Available in Cross-Platform in 2022?

Many of our readers are probably eager to find out the answer to this question. So let us share with you the significant details regarding it. Yes, Sea of Thieves is cross-platform compatible. This means that you can play this game on different platforms.

For instance, users of Microsoft Windows (PC) will be able to play with Xbox One or Xbox Series X/S users and vice versa. Therefore, if your friends play only on Xbox, you can still play on Windows and invite them to your crew and have an adventure. Since the game is designed to be a shared experience, you will have lots of chances where you can share the same voyage with players from different platforms.

Some Benefits of Sea of Thieves in Cross-Platform

Here are some of the benefits you can enjoy with Sea of Thieves cross-platform. Let us have a look at some of them:

What do you Think is the Difference between Cross-Platforming & Playing with Friends?

By now, you must have understood what cross-platforming means. Yes, it refers to the fact that you can play with others even if they are not your friend. You can invite them into your crew while playing on different platforms.

However, playing with friends means inviting them to your crew while you are playing on the same platform. So don’t get confused!

So as we conclude, we can say that Sea of Thieves is indeed an amazing game. Since it deals with pirates and adventures, the youth of this generation are even more excited to play it. Therefore, with the news of Sea of Thieves cross-platform, the hype is crazy.

Also read: Adopt Me Pets: How to Get Pets and Eggs Guide?