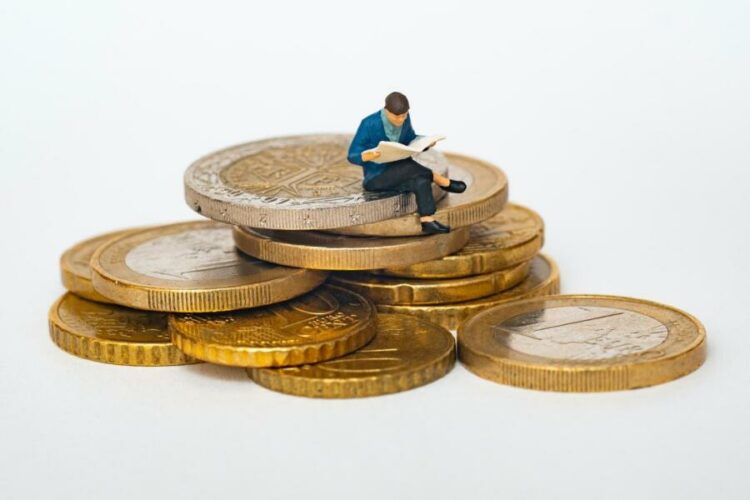 Most of us must have imagined at least once what it would be like to win a big prize that would allow us to live comfortably for the rest of our lives. Yet, very few of us will actually get to see our daydreams becoming a reality. In today’s article, we will delve deeper into the intriguing lives of 5 of the biggest casino and lottery winners of all time. Read on to see for yourselves if winning a massive amount of money allowed these fortunate few to live extraordinary lives or if they ran out of luck after a while.

This is a list of jackpot winners created by using the research and facts from Casinobonusca.com, which investigated the backstory of each person individually.

1. Archie Karas – The 1992 Casino Winner Who Wasted His Fortune

One of the most emblematic Jackpot-winning stories that made the news is the one of Archie Karas, an avid Greek gambler born in November 1950.

In 1992, he arrived in Las Vegas with only 50 dollars in his pocket. The start of his gambling career was marked by his decision to take a $10,000 loan from one of his friends and try his luck playing casino games. And by the beginning of 1995, he had already raised a fortune of more than $40 million from Jackpot casino winnings.

Unfortunately, his bright path was cut short not long after. By the end of 1995, he lost all of his earnings, being left with less money than he originally had when first arriving in Vegas.

Where is Archie Karas Now?

In 2013, Karas was arrested after having been caught cheating at a casino in San Diego. He was found guilty and sentenced to serve 3 years in prison. Ever since then, he had been banned from all Las Vegas casinos.

Nowadays, Karas still lives in Las Vegas at 70 years old. He overcame his tumultuous gambling past and spends his days in a close relationship with his family, whom he visits as often as he can.

2. Cynthia Jay – The 2000 Fairytale Story Which Turned into A Nightmare

When Cynthia Jay decided to play at the Megabucks slot machine during her mother-in-law’s birthday party in 2000, her life as she had known it was about to change forever.

On the 9th bet she placed on the game machine, the young woman won $34.95 million, which she thought would be the beginning of a blessed existence. Unfortunately, her happiness was not meant to last.

Not more than a week after winning the huge prize, Jay was severely injured in a car accident which killed her sister and left her paralyzed from below the chest area. So, in a matter of seconds, her fairytale story turned into a cruel joke of fate.

Nowadays, Jay is giving back to those in need

Jay decided to make the most of her remaining life on Earth to honour her deceased sister despite her newfound wheelchair-bound life. Therefore, she has been using her prize to give back to others who have suffered similar accidents to hers.

She has also donated considerable amounts to the much-beloved Mothers Against Drunk Driving foundation in an ongoing trial to prevent more accidents on car roads.

In 2008, the English-born high-rolling gambler Mike Ashley won the significant sum of £480,000 at a Mayfair casino after only 15 minutes of gambling. According to Ashley’s statement following this impressive earning, his bets during that gambling session centred around his lucky number 17.

Moreover, it turns out that when he realized he had won, he simply looked up at the croupier and said: “that’ll do me, thanks very much”, and walked off with his money as the other punters were applauding him.

His laid-back attitude may have something to do with the great fortune he has already possessed, as in 2008, Ashley was ranked the 56th richest man in Britain even before his lucky win.

Where is he now?

At the moment, Ashley remains the 61st wealthiest person in the UK, with an estimated net worth of £2.718 billion. Although he resigned from his position as the CEO of the Frasers Group in May 2022, he remains the main board director.

4. Lerynne West – The Middle-Aged Winner Who Used The Prize To Celebrate Her Loved Ones

Lerynne West made history after hitting the Powerball Jackpot prize as one of the most recent great casino winners. She landed her impressive winning in 2018 and opted to receive a lump sum for the award instead of yearly annuities. She won her prize soon after turning 51 and decided to reveal her identity to the public. She announced her winning publicly because Iowa, the US state she lived in, forbids lottery winners from remaining anonymous.

After-tax, her prize consisted of no less than $138.67. West confessed to feeling blessed indeed for her winning and said that she was looking forward to sharing her award with her family.

Besides helping her family live better lives, West decided to immediately open a charitable foundation, which she still administers at the moment. She named the charity group the Callum Foundation after her grandson, who passed away a few months after West won the Jackpot.

Why aren’t Online Casino Jackpot Winners Featured in The Media?

Online Casinos oblige to respect the anonymity of their players, which includes protecting their identities, no matter how tempting it would be for casino owners to have their website featured in media.

When visiting third-party testing resources, you will find relevant details of how casinos must abide by strict legislation that vouches to protect users’ right to privacy. Hence, while some states and countries may require winners to come out publicly and announce their Jackpot earnings, online casinos will allow players to make that choice for themselves.

Also read: 6 Things to Look for When Choosing an Online Casino