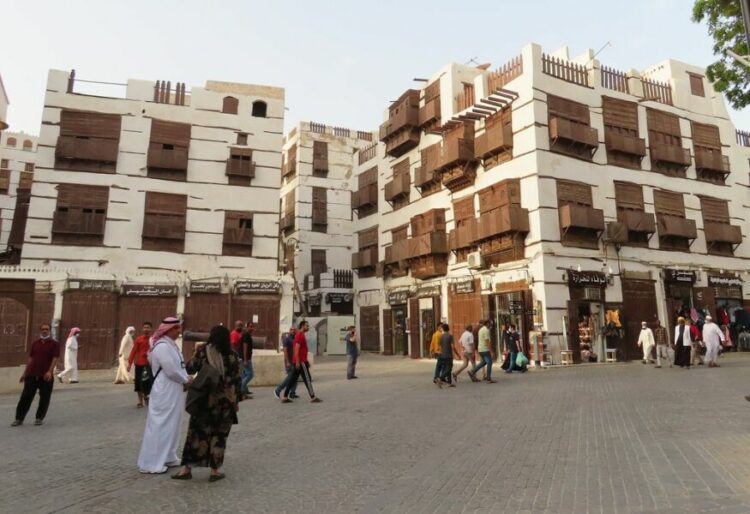 Two of the Muslim cities that require the least introduction are Medina and Mecca. The second was the birthplace of the Prophet Muhammad and where his revelation of the Koran took place. For this reason, it marks the direction of prayer for Muslims and its pilgrimage constitutes one of the five essential commandments.

Medina was the destination after the hijra of Mohammed and the first city that ruled the incipient Islamic empire. They are considered the two holy places and the Saudis, very strictly, prohibit anyone who does not profess their religion from entering their religious areas.

Jeddah, meanwhile, is considered the gateway to both cities. Most of the more than twenty million annual pilgrims arrive at the airport or the port of Jeddah. This city has become a modern large city of five million inhabitants. The tourists can even find chalets in Jeddah easily.

It has the largest port on the Red Sea and plans even greater heights. It intends to erect the tallest building in the world, now under construction, which will reach a height of one kilometer:

However, Jeddah has been and will be above all the gateway to Mecca. Its origin is not exactly Muslim: a group of Yemeni fishermen settled in this arid plain that is the coast of the Red Sea about 1,500 years ago.

In 647, Uthman Ibn Affan established the first Muslim government in Jeddah and transformed the city: from fishing to trade, it began its role as a gateway to Mecca by then. Centuries passed and Jeddah only grew in importance.

When the Muslims controlled all trade through the Indian Ocean, Vasco de Gama arrived, who after finding the passage through southern Africa set out to control all the commercial points of interest to him. Jeddah lost control of the Indian Ocean, but at least it was not conquered: the Mamluks first and the Ottomans later built a strong wall with six towers and a small military castle.

Hussein created the kingdom of Hejaz, a historical region that included Mecca and Medina. This kingdom was shortly after absorbed by the sultanate of Nejd, creating the germ of modern Saudi Arabia. Only the entrance gates survived when the walls were demolished in 1947.

This made way for urban expansion fueled by oil. Jeddah abandoned its old neighborhood, Al-Balad, to its fate, which gradually deteriorated. So until the 70’s, when its inhabitants began efforts to preserve historic buildings.

There are more than a thousand of them in Al-Balad, randomly mixed with modern buildings and some of the most luxurious shopping streets in the Middle East. Al-Balad is a historic neighborhood that has regained its role as a west-east axis from the port and towards Mecca. In its cosmopolitan mix of historic buildings, marked by its commercial past of cultural exchange, its 19th-century tower houses stand out.

These houses, made of coral rock by business elites, have wooden-covered windows installed in a style called roshan. This style is perfectly adapted to the harsh weather conditions of Jeddah, favoring ventilation and lighting. The roshan style was present in other places such as Medina and Mecca, but it has only been preserved here.

This area is like a time machine because it offers views of the shape of Jeddah in the ancient era. As the largest port city on the Red Sea, Jeddah has a long history. In contrast to Riyadh – the capital of Saudi Arabia – which is more government focused, Jeddah has always been the cornerstone of this country’s trade even before the Kingdom of Saudi Arabia led by the Saud dynasty was formed.

Jeddah’s strategic location made it an entry point for traders from Asia, Europe and Africa. Jeddah was also the gateway for pilgrims from around the world in the past, who traveled by boat.

In the midst of modernization in every corner of the city of Jeddah, there is still an area that displays Jeddah buildings in ancient times. The area is in Al Balad which means ‘City’. In the past, Al Balad was the heart of Jeddah’s activities. In the Al Balad area, there is a building called Bayt Nasseef which was once so popular. The building which was founded in 1872 was erected for the governor Omar Nasseef Efendi.

When king Abdulaziz Ibn Saud conquered Jeddah and entered the city in December 1925, he lived in Bayt Nasseef. In this house, Saud received various royal guests and made war and political treaties. On the other side of Al Balad, there is also another building that was used as a temporary accommodation for traders and pilgrims from various parts of the world.

Quoted from various sources, some pilgrims in the past chose to settle first in Jeddah. Once entered into the months of Hajj, they just moved from Jeddah to the city of Mecca which is 86 Km away. Al Balad began to be abandoned by many business people in the 1970s after the level of oil trade suddenly spiked in Saudi Arabia. Since then, economic activists have chosen to work in the north side of the city, no longer in Al Balad.

Modern Jeddah is a city focused on scientific research, although its hotel facilities are spectacular, both for its role as the gateway to Mecca and for being a vacation resort. Its thirty-kilometer promenade already gives evidence of this. It can be reached through its airport, one of the largest in the world, by ship or by land from the capital or even Jordan.

If you are not a Muslim, it is highly recommended to avoid the Hajj, the annual mass pilgrimage. For the rest, the more winter you go the better: Jeddah is a city that has never registered a temperature below 10 degrees.