Jerry Faye Hall is a former model and actress. She is also the wife of the media mogul in America Keith Rupert Murdoch. She is now sixty-four years old. The model is well known for her beauty and fashion sense. Hall also with her daughters is supporting the Equal Rights Amendment. She wishes for a world where men and women get treated equally. She lives in Bel Air with her husband in affluent circumstances as their house is massive and luxurious. Know about Jerry Hall Biography here.

Hall’s birthplace is Gonzales, Texas and her date of birth is July 2, 1956. The name of her mother is Marjorie who worked as a medical records librarian. The name of her father is John P. Hall. She grew up in a place called Dallas situated in Texas. She studied at North Mesquite High School. While studying at the high school she opted for extra-curricular activities such as Gymnastics, Tennis, and Archery. She has a twin sister named Terry also has three elder sisters. 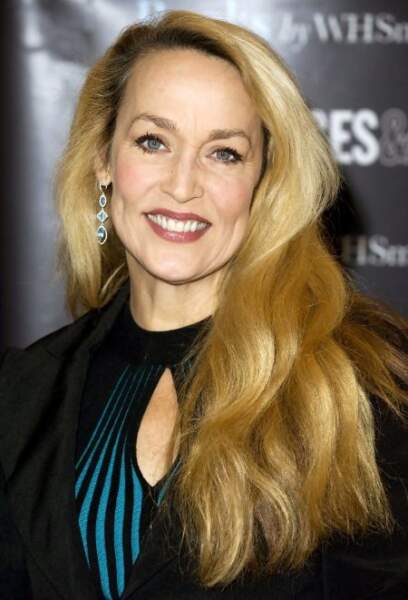 Jerry Hall and her sister went to French Riviera for sunbathing at the Saint Lopez Beach. At that time a Fashion agent named Claude Haddad saw her and helped her to become a model. To start a modelling career she moved to Paris and shared an apartment with actress Jessica Lange and singer Grace Jones. She first came in the cover of Siren which is a Roxy music album. Then she came in 40 magazine covers such as Italian Vogue and Cosmopolitan. She got the modelling fees of $1000 per day.

Hall played a role in the film called Urban Cowboy which is a 1980 film. She also acted in the Batman movie directed by Tim Burton. In the London West End stage play Bus Stop she acted as Cherie and on the other hand in the movie adaptation she acted as Marilyn Monroe. As an actress, she also became part of the British series Cluedo for the role of Miss Scarlett.

Moreover, she acted in the television series called The Detectives. In the Broadway production of The Graduate, she played the role of Mr. Robinson. She came as herself in the documentary called Being Mick. In the stage play directed by Cole Porter called High Society, she acted as Mother Lord. The actress also appeared on BBC comedy named s French and Saunders. So her success in the acting industry was moderately well received by the fans.

Hall at first dated the musician Bryan Ferry, however, she left him for Mick Jagger. She got married to him in Bali, Indonesia. She gave birth to four children. Hall resided with him at Downe House, Richmond Hill, London bought by Jagger in 1990. However, because of Jagger’s infidelity, she separated from him. In the year 2015, she started to date, Rupert Murdoch. They shared their engagement through The Times on January 11, 2016. They got married on March 4, 2016, at Spencer’s house. Their wedding is a lavish one because Murdoch is an affluent man and a well-known personality.

The net worth estimate of Jerry Hall is $15 million. Even though she is the wife of a rich husband she makes money on her own. She received millions of dollars for her acting and modelling career. Her husband Rupert Murdoch is a media mogul. Rupert owns and runs many businesses and his net worth estimate is 1,680 crores USD. He gets thirty percent of his shares from Twenty-First Century Fox. He also owns a 39% share of Fox Corporation. This information shows us that Jerry Hall is a rich woman.

Jerry Hall is a popular model and actress. She has achieved a lot of success with her determination and will power. She is also taking part in movements that provide equal rights for women along with her daughters.