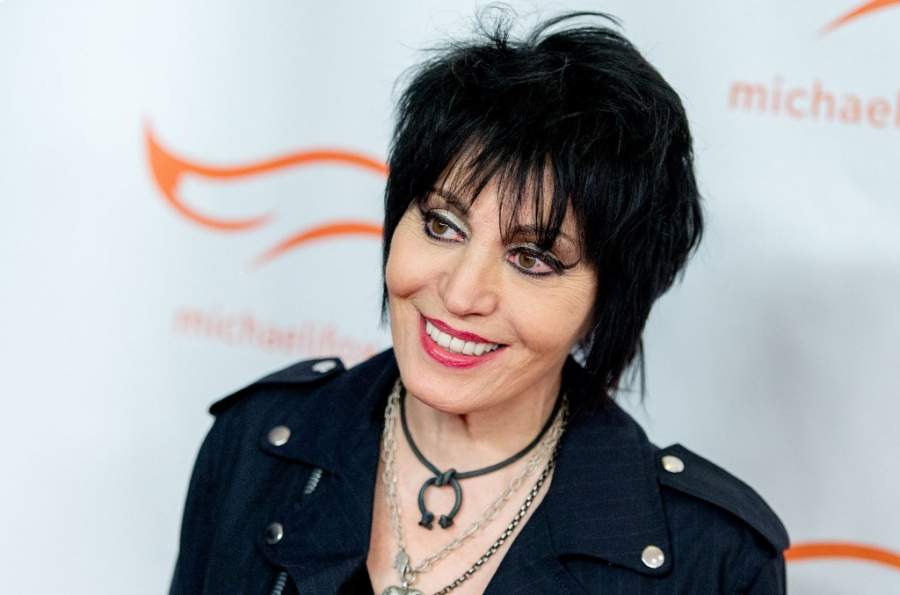 Joan Jett is a popular American singer, composer, musician, and actress. She is well known for her performances with her band named Joan Jett & the Blackhearts. The singer also worked with The Runways for the famous song “Cherry Bomb”. Some of her other famous songs are “Crimson and Clover”, “Light of Day”, and “Bad Reputation”. Joan also supports feminism and is a feminist icon. She also has her name imprinted on the Hollywood Walk of Fame. Find all the details about Joan Jett Biography.

Joan Marie Larkin’s date of birth is September 22, 1958, and her place of birth is Wynnewood, Pennsylvania. She is the eldest child in her family. The names of her parents are James and Dorothy Larkin. Her father worked as an insurance salesman and her mother was a secretary. Then in 1967, her family shifted to Rockville, Maryland. She went to Wheaton High School for her studies. Joan Jett started to play the guitar from the age of thirteen. She and her family decided to settle in West Covina, California. This helped Joan to focus on her musical talents. Then, unfortunately, her parents divorced. She also adopted a new name to suit her rock star status, Joan Jett.

Jett is part of the Runaways which she founded with Sandy West the drummer. She joined the band that consists of members like Jackie Fox, Micki Steele, and Cherie Currie. The creations of the band became the best seller in the US and UK. They toured many countries and rocked. Particularly, they became famous in Japan. Then she left the band.

In 1979 Joan started her solo career and she performed three songs. Jett met up with Kenny Laguna who was a songwriter and she started to work with Toby Mamis to assist Jett for the tracks. Jett became good friends with Laguna. The songs they did became famous.

With the help of Laguna, Jett started the Blackhearts band because she wanted to sing with a band. She became the queen of rock and roll because of her performances. The singer released some of the amazing songs such as Pure and Simple and albums like No Apologies. At the benefit event of 9/11 held in October 2001, she performed a song Light of Day with Springsteen. She also appeared in television series and TV shows as a guest. One of her albums called Unvarnished got listed in the billboard’s top hundred songs. Because of her talents, Jett became the first woman to get the Golden God Award

Jett did not confirm whether she was a lesbian or bisexual however many people assumed that she is not straight. She once shared that she never made a statement about her sexual orientation. However one time she was not allowed for an LGBTQ event because of her silence and she finally shared that she is not straight. She showed her tattoo which was female symbols available on her lower back as proof for the people to know about her orientation.

The net worth of Joan Jett

Joan has earned a lot of money in her singing career. She also worked as a record producer and composer. Her net worth is $7 million. The singer also sang for many popular events and toured around the world. Her songs made it in the billboard 100 lists. This shows the success of her career. Each of her successful songs adds to her net worth. She was also the executive producer of the film called Runaways. Actress Kristen Stewart played the character of Jett in the film. The film is the story of the friendship between the lead singer of the band Cherie played by Dakota Fanning and Jett. Moreover, she has her own line of clothing which sells shirts, sweaters, and pants.

Joan Jett is a popular singer who is well known for her prolific and long career. She has inspired many women who aspire to be free and independent like her.