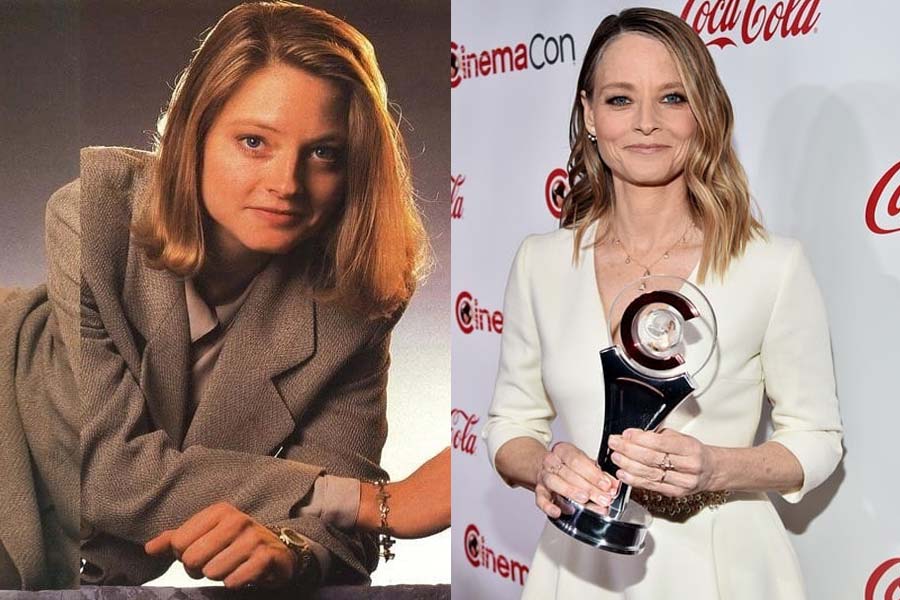 For all those who don’t know who Jodie Foster is, let me tell you who is she. She is an award-winning American actress, director, and producer who is best known for her roles in the films like Taxi Driver, The Accused and The Silence of the Lambs. She was born on November 19, 1962, in Los Angeles, California. She received an Oscar nomination at the age of 12 for her role as a child prostitute in Martin Scorsese’s film Taxi Driver.  She went on to win a Golden Globe for the best actress and Academy Award for The Accused. She then starred in the popular film The Silence of the Lambs.

In recent years, Jodie Foster has worked as a successful film director and producer, in addition to acting.

[UPDATE] New project! ? Jodie has recently directed an episode from Tales from the Loop, an upcoming American drama TV series based on the work of Swedish artist Simon Stalenhag. The series was produced by Amazon Studios and 20th Century Fox and it’s set to premiere on Amazon Prime. _ #jodiefoster #talesfromtheloop #amazonprime #tvseries

Jodie Foster was born Alicia Christian Foster and was later nicknamed as “Jodie” in Los Angeles, California. The daughter of Evelyn “Brandy” Ella and Lucius Fisher Foster III, Foster is the youngest of four children. She began her acting career at the age of 3, with a role as the Coppertone Girl in a television commercial for the iconic brand of suntan lotion. She forayed on the big screen with roles in the movies like Disney movies Napoleon and Samantha and One Little Indian.

Her unforgettable and controversial breakout film role came when she was only 12 years old when she acted on the role of a prostitute in the film Taxi Driver. Later she got nominated for Oscar award for acting in films like Freaky Friday and Foxes.

After she graduated from Yale, she made the transition from child star to mature actress, appearing in a series of mostly unremarkable pictures through the mid-1980s. Her next widely acclaimed role came in another intense and gritty picture when she played rape survivor Sarah Tobias in The Accused.

For this performance, she has won both an Academy Award and Golden Globe for Best Actress, establishing her as one of Hollywood’s most esteemed serious actresses. Besides acting in films, she also started directing and became a successful director since then.

Foster was very selective about her projects in recent years. She reunited with her Maverick colleague Mel Gibson in the offbeat drama The Beaver (2011). For the film, Foster served as its director and as Gibson’s co-star. She also worked with Roman Polanski on his dramatic comedy Carnage (2011) around this time. Foster and John C. Reilly play a New York City couple who become involved in a dispute with another couple (Kate Winslet and Christoph Waltz) in the film.

In recent years, Foster has continued to pursue filmmaking. She stars opposite Matt Damon in the sci-fi film Elysium (2013). Around the same time, she began working on a new directing project: Money Monster (2016), a film about a television star who becomes a Wall Street guru through insider tips.

Foster has received the Cecil B. DeMille Award which is an honorary Golden Globe Award that is annually awarded to a performer for “outstanding contributions to the world of entertainment”. She got this award in January 2013.

Net Worth of Jodie Foster

Foster is a lesbian and she married her girlfriend, Alexandra Hedison who is an American photographer and actress, in a private weekend ceremony in April 2014. The couple began dating in October 2013. Hedison previously dated Ellen DeGeneres for three years before splitting in 2004.

So, this was all about Jodie Foster and her life.

Also read: A Model From Poland Got Completely Blind After Getting Her Eyeballs Tattooed