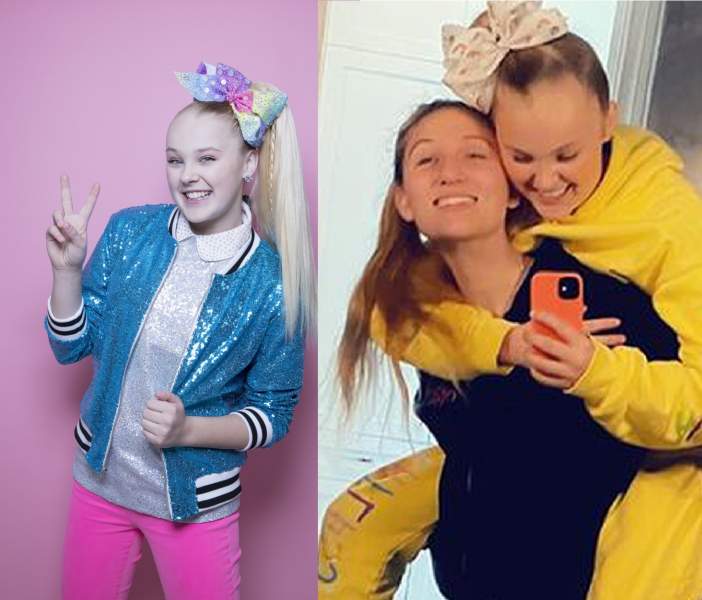 The popular American dancer, singer, and Youtube personality JoJo Siwa has shared about how she has fallen in love with her girlfriend Kylie. They have been dating for a month and recently celebrated Valentine’s Day. In January she announced to the world that she has become a member of the LGBTQ community. But before her announcement the speculation about her sexuality emerged after a TikTok video of her along with Pride Members released. She shared a photo of herself wearing the shirt having words “Best. Gay. Cousin. Ever” presented to her by her cousin.

Then she later talked about her coming out in an emotional video on Instagram. The famous Youtube personality talked about how she will be happy with a boy or a girl. She also wants to share everything with the world after her come out. Then after some days, JoJo appeared in the famous The Tonight Show Starring Jimmy Fallon. She revealed for the first time in the show about her girlfriend. She shared that she was the one that helped in her decision to come out of the closet. She said, “I do have the most amazing, wonderful, perfect, most beautiful girlfriend in the whole world”.

She explained that after posting the picture wearing the shirt she talked with her girlfriend on FaceTime. They were happy about all the love that poured in after the post. So she decided to confirm her sexuality and her girlfriend was super encouraging.

Then after appearing on the show JoJo shared a series of posts on Instagram with her girlfriend. It received lots of likes and trended in the social media. Her ten million Instagram followers found the couple adorable.

In one of her post, she shared about her best friend becoming her girlfriend. She wrote “After being my best friend for over a year, January 8th 2021 I got to start calling this exceptional human my Girlfriend”. She also added, “Since then I’ve been the happiest I have ever been!”.

Then in another post she shared that “She seriously is the most loving, supportive, happiest, protective, and just the most beautiful perfect person in the world”.  Then again she wrote “And I get to call her mine! Happy one month to my girl!”.

Recently JoJo revealed that their relationship has become even more serious. In a post she shared during the Valentine’s Day she wrote that she has fallen in love with Kylie. She composed these words in Instagram, “It’s my first Valentine’s Day! No one in the world makes me as happy as this girl does”. She posted a photo of Kylie giving her a piggyback ride which was cute. Then she added, “I’m so thankful to have fallen in love with the most perfect person ever who makes me smile 24/7”.

After that Kylie also announced her love for JoJo in her Instagram post. She wrote “Fall in love with your best friend, guys” and she added that it is the best feeling in the world.

As both JoJo and Kylie are head over heels in love with each other their fans are happy for them. They are also eager to see more updates on the relationship.