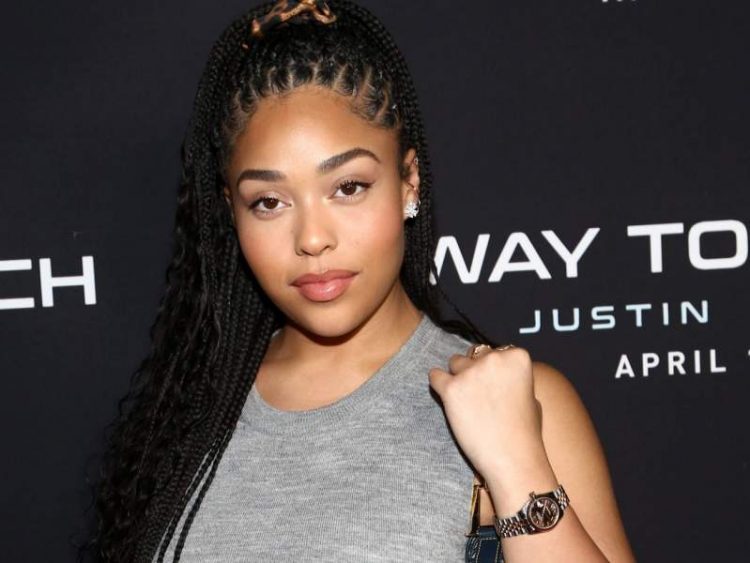 Jordyn Woods is a well-known model who has appeared in the popular reality show Life of Kylie. She was the best friend of the reality star and businesswoman Kylie Jenner. The model is a sought after one in the US. She always talks about self-acceptance and positivity. Woods has a large fan following in her Instagram account. She posts pictures of her daily lifestyle and fashion choices. As she is a plus-size model she is helping many women to love their bodies no matter what. Know all the details about her here.

The birth date of Jordyn Woods is September 23, 1997, and her birthplace is Los Angeles, California. She grew up with her mother Elizabeth Woods who is a brand manager and photographer. From a young age, Woods loved the Glitz and fame of the entertainment industry.

She loved to stand in front of the camera from age six. Then she began to model for Ford Modeling Agency. At the age of thirteen, she moved to Calabasas. Then she met Kylie and became one of her closest friends.

Woods rose to fame when she started her Vine account. In the videos, she talked about self-acceptance and other positive matters that drew many followers. Then she created an account in Instagram and now she has over 5.3 million in it. The model is also famous on Twitter and in this platform, she has 250,000 followers. Moreover, she made a Youtube channel which now has more than 4,200 subscribers. Then because of these platforms, she became a familiar face in the social media world.

Woods is now the ambassador of Lovesick a brand that offers fashionable outfits for plus size women. She also appeared in Life of Kylie with her best friend Kylie. In the show, both she and Kylie sort out many problems together. However now there is no friendship between them because of an unfortunate event.

In 2019 her friendship with Kylie and her relationship with the Kardashian family got ruined. There were rumours that she was having an affair with Tristan Thompson who is the boyfriend of Khloe Kardashian. Now we do not know if she is on taking terms with the popular family. However, her career is going well.

She is also close to Smith’s family as she is the best friend of Jaden and Willow Smith. She even calls Will smith as Uncle.

The net worth of Jordyn Woods

Jordyn Woods is a rich model. Her net worth estimate is 9.6 million. She comes from a wealthy family as her mother is a LA socialite. She has worked for many popular brands such as Mane Addicts and Vogue. She also posts a lot of her photos on Instagram through which she can earn money as she is a famous personality.

Jordyn Woods is a great model. She is inspiring many women today through her social media pages.