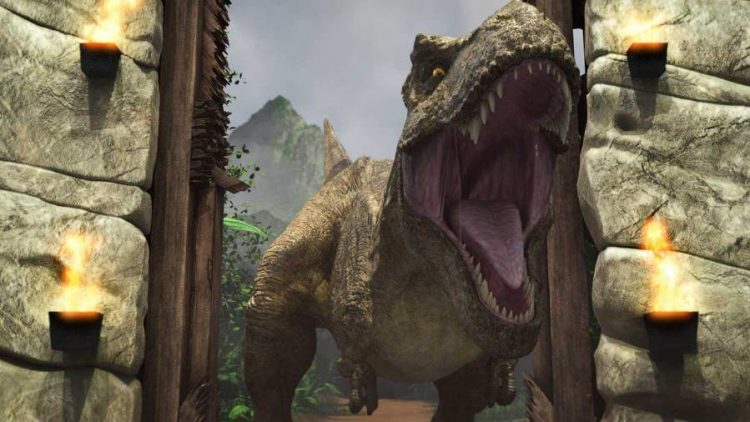 The new series is going to release on September 18, 2020. It will release on Netflix with eight episodes. So stay tuned for the series that is going to be a great hit. Go on a trip to Isla Nebular again and meet different types of dinosaurs living in it.

The new dinosaur series is going to be in an animated form. There will be no scientists in the series because it will consist of teenagers. They get an invitation to attend a camp Cretaceous located on the other side of Isla Nebular. Everything will look good at first however things will take a thrilling turn when the dinosaurs escape the enclosures and the Jurassic world becomes a park of horrors. They get stranded inside the park and will not be able to contact the outside world. Together the teens must make plans to expect the park unharmed.

The series is mainly created to entertain the kids. As some scenes in the main films are frightening and unsuitable for kids, this series is kid-friendly. It shows how a group of teenagers escape the park using the skills they possess. They are also a lot of lessons for the kids. The series will be light-hearted in tone and will contain a lot of impressive additions for the kids. A lot of new dinosaurs will get presented in the series.

Jurassic World Camp Cretaceous will be set in the world shown in films. The Isla Nebula is the location where the events in the series will take place. But the teenagers are in a different place than the other people because they are on the other side of the island.

He is a smart kid but has a reserved nature. However, he knows about dinosaurs and becomes the leader of the group when they are in danger.

She is a camper who is a famous travel vlogger and a social media star.

He thinks himself as the alpha male of the group.

He is the strongest member of the group who helps the team in performing hard tasks.

She is a loud and gregarious girl who is enthusiastic about being in the camp.

He is a selfish and bookish person on the team.

She is a camp counsellor who is a goofball.

He is also a camp counsellor who expects everything to be on schedule.

Jurassic World Camp Cretaceous is a new take on the Jurassic World franchise. What will teenagers do if they get stranded in Isla Nebular? This question will get answered in the new series.