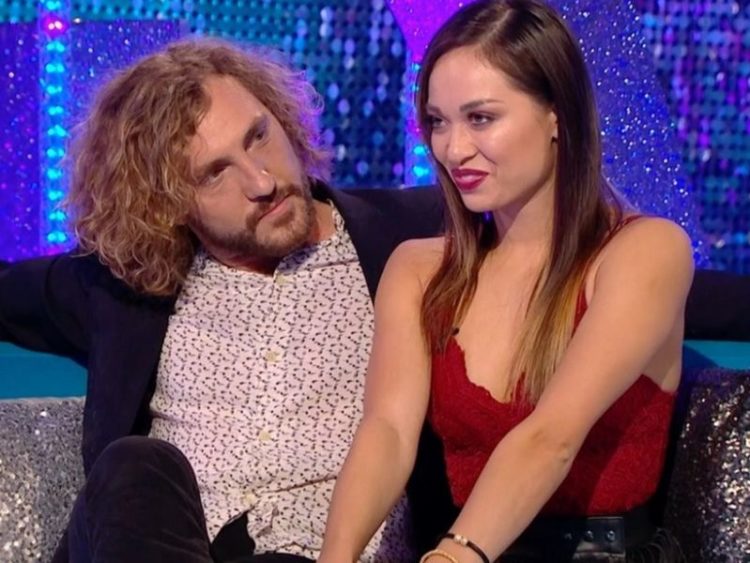 The very flamboyant Katya Jones will be back on screen very soon. We will see her in the upcoming reality show Hunted. And we are eager to see her too. However, did you know about the big scandal about her back in 2018? This was when she was a participant in the reality show Strictly Come Dancing. What happened then? We hear that apparently, she had kissed her dance partner while she was married and the partner, with a girlfriend. The star hadn’t spoken about what happened that night.

However, recently we see that she has decided to discuss things with the media. Besides, we are also curious to know what her then-dance partner Seann Walsh has to say about this. And how has it affected his relationship?  In this blog, we will discuss with you About the life of Katya Jones, the Strictly reality show and her split with husband Neil after the scandal. Stay with us and we will quench all your queries.

Who Is Katya Jones?

Katya Jones (born Ekaterina Andreevna Sokolova) was born on 12 May 1989). Firstly, she is a Russian dancer, choreographer and environmentalist.

Secondly, her place of birth is Sestroretsk, near Leningrad, Soviet Union. Thirdly, she started dancing at the age of six. Furthermore, she is trained in gymnastics as well as Ballroom and Latin-American dancing. Fourthly, Her father is a senior oil company executive and her Korean mother is a graduate in engineering.

Fifthly, people know that she was a professional dancer on the competition show Strictly Come Dancing.

She won it in 2017 with dance partner Joe McFadden. Sixthly, In the 2020 season, Jones paired with retired professional and Olympic champion boxer Nicola Adams OBE. In fact, they became the first same-sex couple to compete in the history of the UK competition’s format.

Katya was there on CBBC’s Saturday Mash-Up in 2021, where she was covered in 20 buckets of gunge. This was after she was voted by the viewers. In March 2022, people saw Katya Jones on the show again and she was gunged for a second time. We can only imagine what a ‘super slimy’ thing it must have been.

Next, we see that Jones starred in the dance show Somnium: A Dancer’s Dream.  In fact, The director and choreographer were Neil Jones. The show was performed from 20–22 June 2019 at Sadler’s Wells Theatre.

Katya Jones married her boyfriend of five years, Neil Jones on August 3, 2013. He is a dancer and fellow cast member of Strictly Come Dancing. Furthermore, In October 2018  everyone saw a video and photos of Jones kissing her celebrity Strictly partner Seann Walsh. On 18 August 2019 Jones and her husband announced that they had separated.

She Has And Will Face Persuasion To Open Up

Katya Jones is one of the famous faces who will take part in the next series of Celebrity Hunted.

Besides, Producers must be hoping that she submits to the pressure and gives the audience details of her notorious scandal.   It was with her dancer partner Seann Walsh on 2018’s Strictly when she was married and he had a girlfriend.

A TV insider has reported something about this.  “Katya has never discussed in any detail what happened on that fateful night when she showed the Curse of Strictly at its peak.

“And bosses of Hunted will be hoping that in one of her beleaguered moments she might just talk about the stress of the scandal of four years ago.

“But they’re also expecting her to be able to evade her pursuers for some time.  Because she’s incredibly smart and particularly fit.”

“It just depends who she ends up getting paired up with on the programme, as she doesn’t want a celebrity partner who will hold her back.” This Is What The Insider tells us.

She Has Talked About It Recently

Strictly Come Dancing professional Katya Jones, 31, is single. Besides, she said that she hasn’t thought about dating because she is “focused” on herself. In 2019, she and her husband Neil Jones, 38, ended their marriage after 12 years together. They were married for seven years though.

Let us hear what Katya Jones said about this.

My relationship was going downhill. I didn’t feel happy in my own company until May 2020, when I spent my birthday in lockdown.”

Furthermore, it was during the pandemic she realised something life-changing. She is her “own soulmate” who can entertain herself.

However, we are glad to hear that she hasn’t closed the door on dating forever. “If someone comes into my life, it will be a bonus, rather than someone who’s filling a gap.”

“Neil and I were together for 12 years, married for seven. I haven’t dated or really thought much about it. Because I’ve just been with this person for such a long time. Now, I’m single.”

They ended their relationship 18 months after the pictures and video was released by the media.

Even after their split, they are very good friends. However, they couldn’t finalise their divorce till now due to the coronavirus pandemic.

Katya Jones said to Express.co.uk, that they were regularly in touch during the first lockdown.

Neil Jones’ Take On The Matter

Neil Jones also had something to say about his friendship with Katya Jones. “We’ve been through so much together and have known each other for years, she’s a good friend of mine. We will always be friends no matter what.”

In 2021, Neil said that he had a new girlfriend, dancer Luisa Russe. Unfortunately, they broke up earlier in 2022.

Seann Walsh’s Regrets For The Incident

Seann Walsh regrets what he had done that day. He has admitted before the media that what he did that day was unforgivable. In addition, it isn’t correct if you have a girlfriend/ wife. In fact, actor Rebecca Humphries, who was her girlfriend back then was very hurt by his actions.

He said: “What you are thinking about is: ‘What have you done to someone?’

“It’s one thing doing that privately and I don’t judge anyone, because everyone’s got their own backstory, lives or whatever. It was horrific. It was crazy. I can’t go near anything Strictly.”

However, we don’t know if Seann Walsh will sign in for the new season of Strictly.

Katya Jones is all prepped up to appear for her upcoming project in Hunted. Although she and her ex-husband have ended their marriage, they share a cordial relationship. We hope that keeps the past behind and moves ahead in her life.

Also Read: Who Is Richer Jordan Peele Or His Wife, Chelsea Peretti? Have A Look