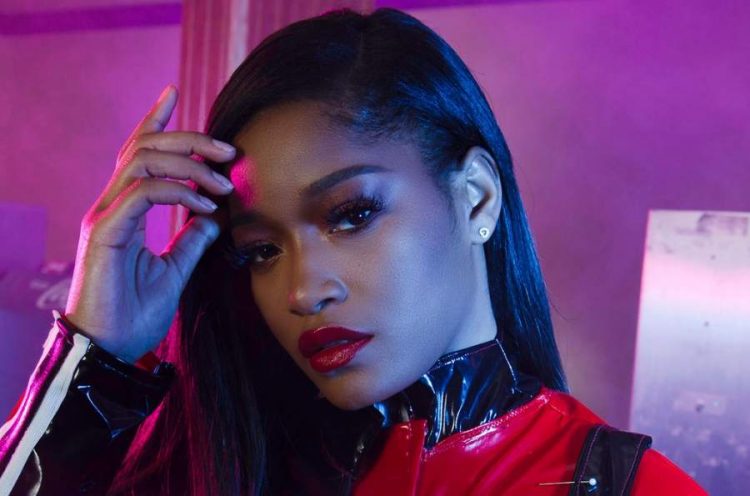 Keke Palmer is a well-known actress and singer in America. Her debut album So Uncool in 2007 gave her recognition among the audience. Then she started to act in films and her first film was Barbershop 2: Back in Business. She became even more popular because of the film Akeelah and the Bee. She is twenty-seven years old now and currently co-hosting Strahan, Sara, and Keke. As a singer and actress, she has accomplished many things in little time because of her talents and determination. Know more about Keke Palmer Biography here.

Palmer’s date of birth is August 26, 1993, and her birthplace is Harvey, Illinois. She spent her childhood in a Christian household. The names of her parents are Sharon and Larry Palmer who met at the drama school. They served as professional actors before working on full-time jobs. Her father started to work for a polyurethane company and her mother became a high school teacher. Palmer started singing in the church but she got a lot of exposure when she performed at the stage at a tourist destination in Chicago.

In 2002, at age nine, Palmer went to audition for the Lion King Stage production. However, only in 2004, she got the opportunity to act in the film Barbershop 2: Back in Business. She played the role of the niece of Queen Latifah. After acting in the film Palmer and her family came from their town to settle in California. Palmer also pursued a career in singing. In 2005 she joined with Atlantic Records and released her debut single “All My Girlz”. In her early career, she also came on many shows and TV series.

In 2013, Palmer acted in CrazySexyCool: The TLC Story. Subsequently, she also managed with her singing career. Palmer became a host for Just Keke which was a daytime talk show. She became a popular TV personality because of the show. Then in 2019, she became part of the daytime talk show as a co-host titled Strahan and Sara. In the same year, she acted in popular actresses in the film Hustlers.

Keke Palmer’s name linked with many stars in her industry. The gossip columns shared that she was dating Meek Mill and after him her co-star Quincy Brown. However, Palmer is a very private person. Although she is an active personality she does not like to reveal who she is dating. She shared in an interview that she does not know how to publicly share her relationships in social media. So there is no clear idea of who she is dating at the moment but her most recent boyfriend was Elvin Jackson.

The net worth of Keke Palmer

Keke Palmer because of her singing, acting, and television career has become one of the richest people in the industry. Her net worth estimate is 7.5 million. She received $20,000 for each episode of True Jackson VP when she was young. From each show, her salary must have increased rapidly. Palmer is an active woman so that is why she can juggle between a lot of shows and films.

Keke Palmer is a great woman. Many people like her for her cheerful manner and bold personality. From a young age, she is a part of the industry and still doing great.