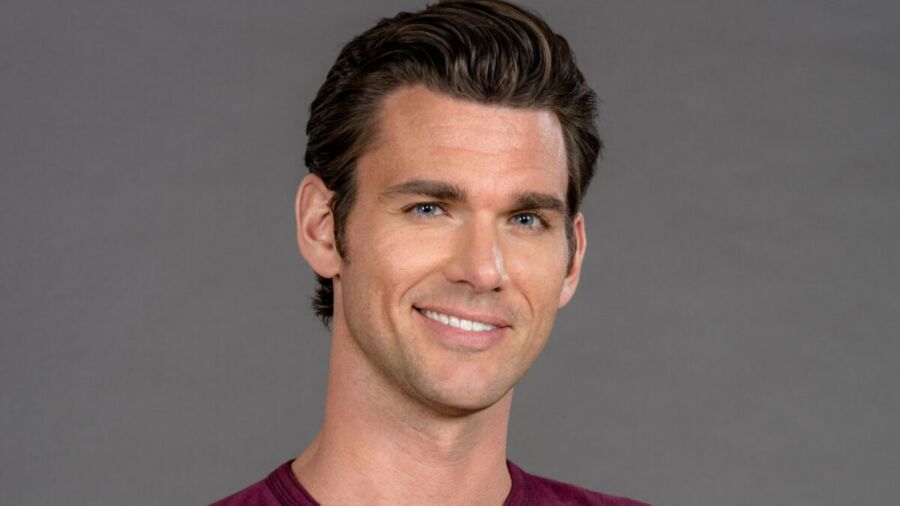 Kevin McGarry, born on March 19 1985, is a famous Canadian model. In addition, he is also a popular actor, producer, director, television personality entrepreneur and social media influencer. She hails from Kincardine, Ontario, Canada. He is a highly versatile actor. In fact, his amazing acting skills and stunning performances have earned him the fame that he enjoys in the country.  The audience has highly appreciated his performances in TV shows and movies.

IMDB states that Kevin McGarry has made appearances in numerous TV series. However, special mention must be made of the TV show named When Call the Heart. In that series, he portrayed the character of Nathan Grant. In addition to this, he has also worked in many series like Heartland, Open Heart, Saving Hope, Schitt’s Creek and many others. However, his performance in The Wedding Veil has brought him the fame that he enjoys now.

In that 2022 release, he plays the lead role of Peter. This TV movie was released on Hallmark Channel on January 8 2022. If you wish to know more about Kevin McGarry, this article is the perfect stop for you.

Keep reading this article to know more interesting facts about this famous actor.

Kevin McGarry was born to his parents on the 19th of March 1985 in Kincardine, Ontario, Canada. It is in this Canadian space that he grew up. He was born into a Christian family. Therefore, it goes without saying that he is also a Christian. According to IMDB, Kevin developed an interest in acting when he was in the 12th grade.

As far as his educational background is concerned, Kevin studied at  George Brown College in 2007. From this institution, he graduated with a bachelor’s degree in Creative Writing. After completing his higher studies, Kevin got enrolled in Theatre Arts at Fanshawe College, London. At this institute, he forged his acting skills. However, being passionate about acting, he did not stop at this. He then went on to join Pro Actors Lab in Toronto. It is only after completing his course there, that he started his professional career in acting.

Various media sources claim that Kevin McGarry is his parents’ eldest child. We already know that he was born in Kincardine, Ontario, Canada. In fact, he spent his entire childhood, in his birthplace. His Instagram profile informs that his father’s name is Mike McGarry. He is an entrepreneur by profession. In fact, he has shared a number of photos with his dad. From there, we come to know that he is his father’s look-alike.

However, we do not have any proper information about his mother. However, certain sources claim that his mother is a housewife. He also has siblings. In fact, he and his siblings grew up together in their hometown. However, we do not have any information about his siblings. His IG profile informs us that he loves to travel with his father to various places.

IMDB states that in the year 2006, the career of Kevin McGarry began. In that year, he featured in a short film named Rock and a Hard Place. However, this short film is uncredited. However, soon after completing his acting course, Kevin worked on a TV series named Lovebites. In that series, he portrayed the character of Kevin.

Since then he has made appearances in numerous movies and TV series. Saw: The Final Chapter, Sealed, Cigarettes Hurt Babies, and Delivered: From Paris With Love are some of his well-known TV series. However, the TV show named When Calls the Heart holds a special place in his career graph. In that series, he portrayed the character of Nathan Grant. It is his performance in this series that earned him the fame which he enjoys now.

Apart from that, he also worked in Heartland. Here, he portrayed the character of Mitch Cutty, which was well received by his fans. His perfect acting skills also went on to earn him his role in The Wedding Veil. In this 2022 release, he plays the lead role of Peter. This TV movie was released on Hallmark Channel on January 8 2022.

Kevin McGarry is a stunning person. Therefore, it is natural that he is the crush of many girls. However, let me tell you that certain sources claim that Kevin is engaged. Since 2020, he has been dating Kayla Wallace. She also is an actress and model. The two have also worked together in  When Calls the Heart.

In fact, you can easily check out many photos of the couple on Kevin’s Instagram profile. However, we do not know anything more about his love life and marital status, as yet.

Kevin McGarry is a skilled actor. In fact, he has already worked in numerous movies and TV series. Therefore, it is apparent that he earns a handsome amount from his acting career. An approximate estimation takes his net worth to around $5-6 million USD.

No. Kevin is engaged. Since 2020, he has been dating Kayla Wallace.

An approximate estimation takes his net worth to around $5-6 million USD.