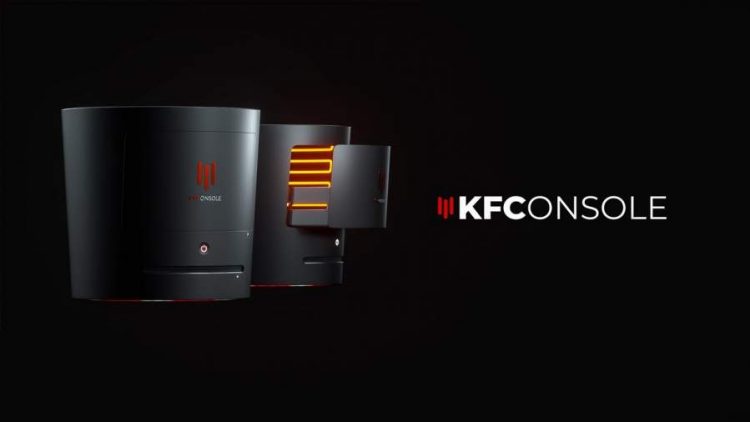 Know all the details about this amazing innovation here.

What are its features?

The Cooler Master’s KFC console is going to promise the latest titles along with excellent 4k, 240fps. The mod team of the company headed by Swedish craftsman “Timpelay” is the mind behind its design. But along with the performance this console has the chamber to keep your crispy chicken warm. The gamers need not eat cold chicken after playing the game. It is because the chicken will stay fresh and tasty inside the warmer attached to the console. It is a patented Chicken Chamber which uses the natural heat and airflow systems. You can pay attention to the game and eat the hot chicken in the middle.

The console has simple components which you can use easily. It will be available for the price of $2000 which is just a speculation. As gamers have an age-old problem of eating the food when it gets cold, this is an innovation that will offer good experience for the gamers. If they need hot sustenance in the middle they can open the compartment take the chicken, eat it and play again. It is going to serve as a great collector’s item.

The console gets powered by Intel NUC 9 Extreme Compute Element. This contains the hot-swappable GPU slot that will serve as a slot graphics card. The website of the KFC revealed that the KF Console utilises Asus graphics card. The players can expect 4k gaming experience that will go up to 240 Hz.

For the storage purposes, the computer has two Seagate BarraCude 1TB PCIe NVMe SSDs. The system will feature 32GB of RAM. But after all these features to we keep coming back to the chicken chamber. We know that it keeps the food warm but there is also a cooling system in the computer that helps the heat to escape.

Where to buy the KFC console?

We cannot buy the console now yet. KFC and Cooler Master are now planning to bring it out in the market soon. The pricing and specs details are not available but will get released soon. However, the pictures of the console are available.

KFC gamin account tweeted about their new console. They created the hashtag for the product known as #PowerYourHunger. You can have a look at the video they released to get more detail about the console.

The new console that helps you play the games as well as eat warm food is taking entertainment to another level. Surely this will offer a good time for the gamers.