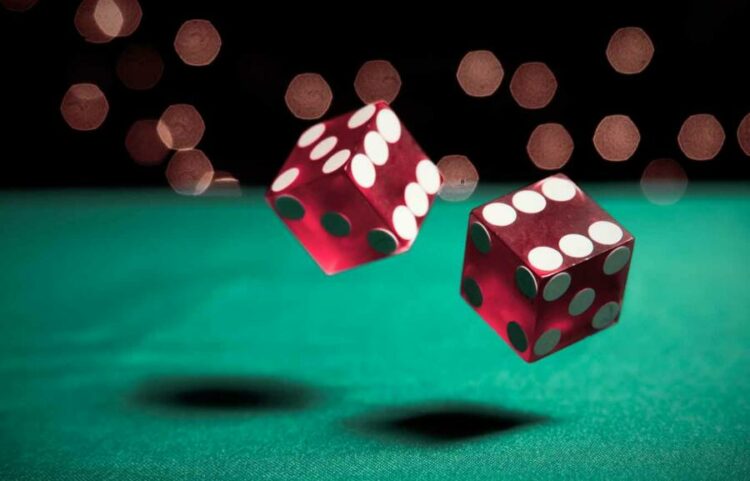 One of the simplest games to play, Street Craps, only requires two items from the players: a set of dice and a flat surface to roll them on. Due to the quicker play and clearer rules, many players prefer this to the casino version. Read on to learn how to shoot dice if you want to play this game.

Moreover, Street Dice, often referred to as Street Craps and Shooting Dice, is an easy gambling game resembling traditional craps. The only distinction is that Street Craps doesn’t require a traditional table to be played outside.

Now, let’s start with how to shoot dice!

● The player who rolls the dice is the shooter. It can be a different player for each game

● The initial roll is the come out

How to Shoot Dice

1. Place Your Bet to Begin The Game

Similar to most card games, to participate, you must ante up by throwing a predetermined amount (often little) into the pot. This happens before you choose the shooter and place any wagers.

● Essentially, you are paying for the opportunity to be considered for shooting. Following an ante-up, you are not required to place a wager. Like playing cards, you must ante up to watch and consider placing a wager while not actively participating in the game.

2. Roll to Identify The Shooter

To choose the shooter, all players who anted will roll; whoever gets the highest number on the dice shoots. There may be variations in the rules for each game. For example, you might roll until someone reaches 7 or use any other predetermined method. That’s why you have to choose a shooter at random by learning how to shoot dice.

3. Put Your First Pass or No-pass Bets in

The chosen shooter will place the initial wager. Depending on the game, the wager will either be “pass” or “crap”. However, in other cases, the shooter may always bet on himself.

● Before making side bets or raising the wager, the other players must collectively raise enough money to match the shooter’s stake. To match the shooter’s wager, one must provide the equivalent sum of “money” in favour of the opposite result. If you’ve anted up, you can either wait and place a side bet or pitch in to match.

● If you still wish to participate after the other players match the shooter’s wager, you can make a side wager with additional players who are prepared to match higher wagers. This can entail placing a pass or craps wager.

5. If Necessary, Roll for a Point

Roll the die repeatedly until the shooter points up or makes a 7. Depending on the game, when a point is scored, the betting may intensify.

When a game reaches a high point, side bets are frequently placed, like in poker. Even though folding is not an option in craps, since the games are brief, it happens more frequently than the initial wagers hold through to the conclusion.

Here are some tips and tricks that’ll help you in this game:

1. Learn The Probability of Rolling a Given Number

Some numbers are more likely to show up while rolling the dice. There is a 17% possibility of getting the number 7, which has the highest probability of all the numbers.

Seven is followed by values 6 and 8, each with five potential landings. Next are 5 and 9 and 4 and 10, and so forth. 2 and 12 are the least likely values to appear.

The dice must be rolled correctly and allowed to hit the wall when you are the shooter. The back wall of the table must be struck by the shooter’s dice roll for it to count in Casino Craps. Street dice work similarly, which is why the game is played against a wall.

To roll the dice correctly, position them so that the top-most number, 3, forms a V. In the classic game, we refer to it as a “set.” It demonstrates that the shooter is not using tricks or cheats to get a specific number.

This article discussed how to shoot dice along with some tips and tricks. This historical game is among the earliest types of gambling and can be a lot of fun, particularly if you play it well.

So, if you’re seeking an entertaining and thrilling game to play with friends, try street dice. Moreover, give this guide stating how to shoot dice a quick read to become a pro at this game!