Know The Truth About Linda Kolkena! 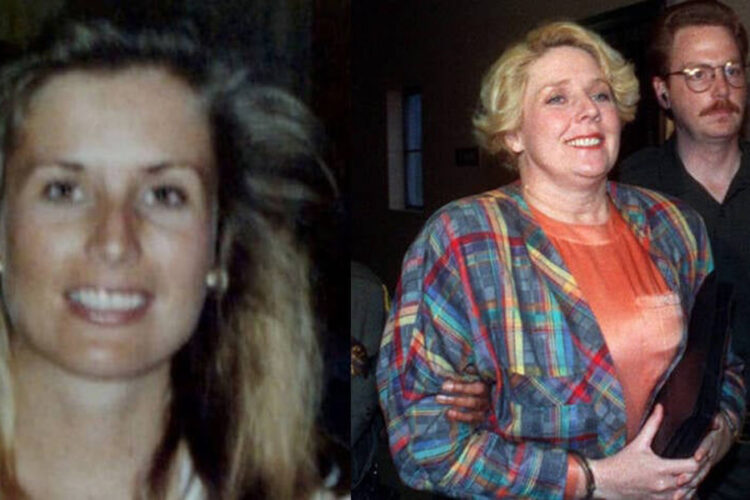 Linda Kolkena fell in love with attorney Dan Broderick in 1983 while serving as his secretary at his San Diego law office.

However, Dan was married. His subsequent divorce from his wife to live with Kolkena resulted in their deaths on November 5, 1989. His ex-wife Betty Broderick shot them in bed.

Before knowing the unknown truth about Linda Kolkena, let’s see who this lady is!

Linda Kolkena was the youngest of four sisters. She took birth in Salt Lake City, Utah, on June 26, 1961.

Kolkena’s father remarried not long after her mother passed away from cancer. She was probably 11 years old then. Kolkena’s older sister Maggie Seats remembered how they prayed before each meal. The Kolkena girls were not allowed to dream big. All they needed for education was a high school diploma. Their parents trained them to be housewives from the very start itself.

Linda Kolkena joined as a Delta Airlines stewardess in 1981. But, the following year, the senior authorities fired her. The reason was that when Kolkena and her four buddies were off-duty, she did something unacceptable. A male passenger and Kolkena were kissing each other and sneaking into the bathroom. And unfortunately, people caught them.

Know About The Relationship Between Linda Kolkena and Dan Broderick

Kolkena moved to San Diego, California, with her boyfriend after briefly working for an attorney in Atlanta. The 21-year-old first met Dan Broderick there while working at his law company. Since the middle of the 1950s, he had been married to Betty.

The Brodericks had everything by this point. Betty, a devout Catholic, had supported her husband while he was through law and medical school. With an annual salary of almost $1 million, Dan Broderick could pay for three children, country club dues, a mansion in La Jolla, a Corvette, a ski condo, and a boat.

One day, Betty overheard her husband complimenting his new secretary Kolkena to a friend about how “beautiful” she was at a party. Because of this, differences came into their marriage. After a few weeks, Broderick hired Kolkena as his legal assistant even though she couldn’t type, which worsened the marriage.

Coworkers and Betty were discussing Kolkena’s resemblance to a younger Betty. While Broderick lied to his wife about the relationship, the two enjoyed long, leisurely meals together. Betty burned her husband’s clothing in retaliation for the affair, and she even threw a stereo at him. Betty knew the truth about Linda Kolkena that she wanted their marriage to end.

By the first week of October, Betty warned her husband to “get rid” of her or “get out”. Broderick chose Kolkena.

Kolkena did not find herself in a love scenario with Dan even though the Brodericks were about to part ways. Betty broke into their home after they moved in together in 1984 and spray-painted their bedroom.

Betty retaliated by sending angry messages on Dan’s answering machine after he requested a restraining order. Later, according to Betty, Kolkena was not faultless.

Betty accused Kolkena of the prank after receiving a letter from an unknown sender in the mail. It had a picture of Dan and Kolkena and the lines, “Eat your heart out, bitch”. She also believed Kolkena sent her ads for wrinkle treatment and diet aids. Through this, she got to know the truth about Linda Kolkena and what kind of person Linda is.

Upon the conclusion of the Broderick divorce in 1986, Dan got custody of the children and the house. Plus, he was obligated to pay Betty a monthly payment. Dan and Linda’s front door was struck by Betty’s automobile as retaliation. Following this, the cops detained her for 72 hours at a mental health facility.

Nevertheless, Kolkena was very happy when Dan proposed to her marry him in 1988. But she thought her fantasy wedding would become a nightmare. So she requested Dan to wear a bulletproof vest during the ceremony.

The Murder of Linda Kolkena

In April 1989, they had a wedding at their mansion. It went smoothly, just like their subsequent Caribbean honeymoon. Also, Dan paid the security guards for complete safety. But who knows that the newly married couple will die in the next few days.

Betty Broderick broke into Dan and Linda Broderick’s home at 5:30 a.m. on November 5, 1989. She sneaked upstairs to the couple’s bedroom carrying a.38-caliber pistol she had bought eight months previously. Linda Broderick shouted as she woke up.

After the cops found her guilty, Betty Broderick received two sentences of 15 years each to life in prison. Over 600 people showed up for Dan and Linda Broderick’s funeral at St. Joseph’s Cathedral five days after they passed away.

Also read: Linda Kolkena: The Bride of Dan Broderick Who Lost Her Life to The Ex-wife