Lady Gaga Will Play Poison Ivy in Batman: Here is What She Will Look Like? 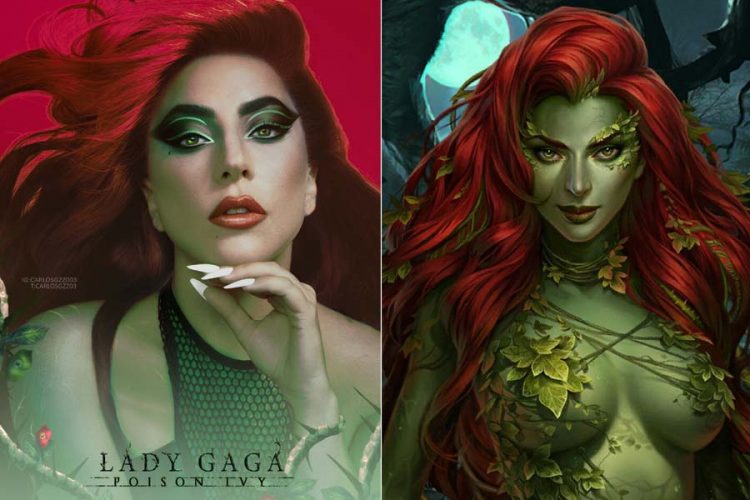 The new Batman reboot film is one of the trending news on the internet. It will show us a new glimpse into the world of DC’s Batman. The casting work of the movie is also happening really fast. The information that attracted the fans is about Lady Gaga being cast as Poison Ivy one of the villains in the DC world. The artist Carlos Gzz says that Lady Gaga has that sultry and ethereal spirit found in Dr. Pamela Isley aka Poison Ivy. The art also showed how suitable she is for the character. Know more about it here.

The character of Poison Ivy was last seen in 1997 film titled Batman and Robin. Actress Uma Thurman played the role without any flaws and she received many praises for her portrayal. The character also came in many TV series. But can Lady Gaga pull this off?

We can be sure of it because she did a good job at Star is Born. Many singers have already established themselves as good actors and Lady Gaga is joining the list. But we do not know if Gaga can act as Poison Ivy in a superhero genre. It needs hard work so only time can tell. This is only a speculation and an idea that popped in the mind of an artist so we cannot be sure.

Who is Poison Ivy?

Poison Ivy is a supervillain in the DC universe. In many occasions, she served as a romantic partner to Batman. She also has partnered many other villains such as Catwoman and Harley Quinn to take over the world.

A talented botanist named Dr Pamela Lillian Isley, PhD encounters ancient herbs that originated from Egypt. But the man who wants to find it tries to get rid of her by poisoning her using the ancient herbs. The Botanist stays alive after the murder attempt however she finds she has acquired new powers because of the poison that makes her immune to diseases and toxins. This is the backstory of Poison Ivy.

In many TV adaptations and Comics, the character of Poison Ivy comes off as sweet at one moment and evil the next. She is well known to have many mood swings and she gets triggered when humans harm plant life. She also becomes the best friend of Harley Quinn after Joker leaves her.

Therefore, playing this dynamic and popular character needs great skill and acting experience. The casting directors of the film may come across a new face who can play the villain or else give the role to well-known actresses. The name of many popular actresses linked with the role so at the moment there is only gossip and speculation. Until we get clarity on this news there is no harm in talking about who is good for the role as the fans are eager about the new Batman reboot.

The Batman 2021 directed by Matt Reeves is going to be a great film. Actor Robert Pattinson is going to play Batman who is in his thirties. More information about the movies will get revealed soon when the film nears its release date. So stay tuned.