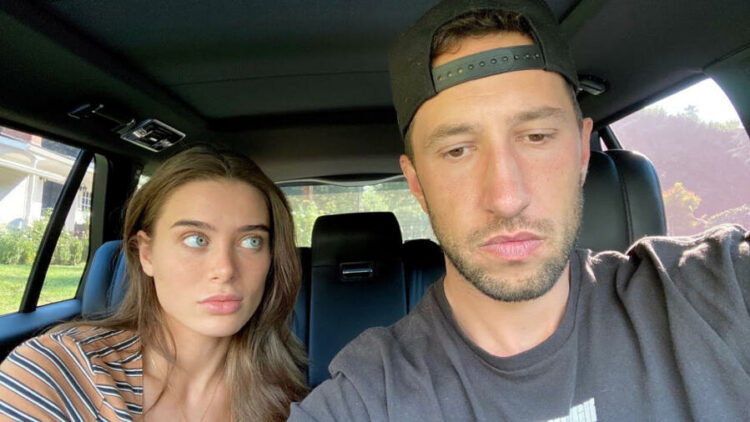 Fans previously speculated that the baby’s father is possibly Mike Majlak. Indeed, Mike is Rhoades’ former boyfriend and the co-host of the “Impaulsive” podcast with Logan Paul. However, during a latest podcast Majlak commented on the rumors and revealed that the father is an NBA player. In fact, he even divulged the name of the player. However, upon the release of the podcast, the name was muted.

Who could the particular NBA player be?

Fans are narrowing down their research to two names  Kevin Durant and Blake Griffin. In fact, last year when Rhoades announced her pregnancy, she also talked about a failed date with a Brooklyn Nets player on her 3 Girls 1 Kitchen podcast. Lana claimed that he is not spicy enough for her. The man failed to spark her interests.

Thus, we are yet to know who could be the father of Lana Rhoades’ baby. However, memes about Lana Rhoades’ pregnancy are circulating online.

Lana in a previous relationship with Blake Griffin

Only Lana can reveal the name of the father. Thus, you all will have to wait till she comes up with another video or post that divulges the name of the player. However, fans are speculating endlessly. Indeed, some social media users have stated that Lana was in a relationship with another NBA player. His name is Blake Griffin. Thus, there remains a possibility that Blake Griffin is the baby’s father. However, neither Griffin nor Durant has addressed the matter till now. In fact, they also did not articulate anything about their involvement with Lana Rhoades.

What has shocked the fans and other social media users is how Lana Rhoades recently slammed at the unnamed father of her baby.

Also read: How to Win Fortnite: Tips and Tricks for Players!