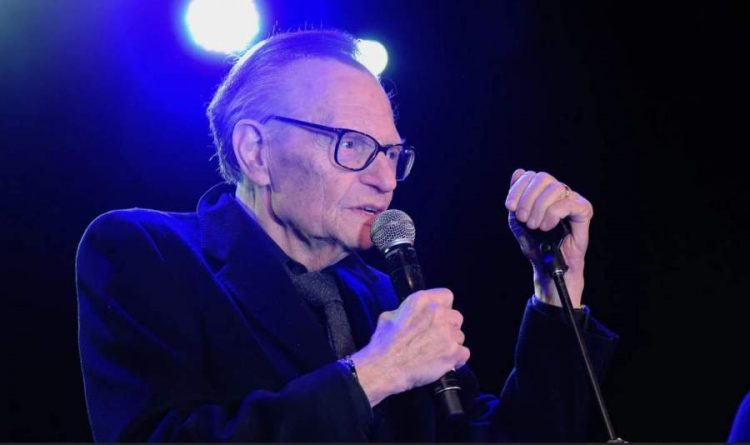 On January 2, 2021, the news of Larry King hospitalized because of Covid 19 got revealed. Larry king age is eight seven old legendary talk show host and interviewer at CNN. He is now recuperating in Cedars Sinai Medical Center at Los Angeles for more than a week. He is out of the ICU and is now able to breathe on his own. Larry king’s ex-wife and children are not able to meet him because of the hospital protocols. But King talked with his family in a video call.

King already has type 2 diabetes and has experienced a lot of medical issues these past years such as heart attacks. On 1987 he had quintuple bypass surgery. Then in 2017, he revealed that he got diagnosed with lung cancer and also underwent surgery for it. Moreover, in 2019 he went through a procedure to treat angina. Now as he is experiencing the ill effects of Covid-19 his family members are waiting for information regarding his health. A source close to the family stated that Larry is fighting the illness like a champ.

Larry King is the host of the show in CNN titled “Larry King Live” which took off on 1985. His shows had a broad range of guests over the years from prominent politicians to personalities in the entertainment industry. He also did not shy away from interviewing controversial figures in his career. King is well known for his direct and non-confrontational approach, unlike the other interviewers. Furthermore, he has an open-ended way of questioning so that many popular people are not afraid to come to his show. According to CNN, Larry king has taken more than 30,000 interviews.

On June 29, 2019, King shared his decision to depart from Larry King Live. But he did other special shows on CNN. On 2012 he stopped hosting special shows on CNN too. However, King remains an active writer and television personality. He appeared in many films as a guest such as Ghostbuster, Shrek 2, Bee Movie, and more. King is an active Twitter user where he posts his thoughts and comments on many topics. He has 2.4 million followers on Twitter and his most recent Tweet was his thanksgiving wishes.

Last year Larry king lost two his children born to his wife Alene Akins. His sixty-five-year-old son Andy King died because of heart attack and his daughter aged fifty-two Chaia King lost her life because of Lung cancer. This was a huge loss to the family. Larry spoke about the loss he experienced. He told that both of his children were kind souls and his heart broke because of their demise. He also thanked the people for their outpourings of consolation. Larry king has five children, eight grandchildren and also four great-grandchildren. King is a good father to all of his children and calls it a blessed life to be able to experience fatherhood.

Larry King has been hospitalized in Los Angeles with COVID-19, according to multiple reports https://t.co/yVuiac4DgJ

His ex-wife is Shawn Southwick who he married while he was in the hospital undergoing heart surgery. She was his seventh wife a singer, actress and TV host. Their marriage lasted for twenty-two years but the couple divorced on August 20, 2019. She is the mother of two of his children Chance and Cannon. Danny Southwick her son from previous marriage became a stepson to King.

His experience with stroke affected his views about death so that is why he filed for divorce with his wife. But Larry king said that he wanted to work till his death. This was his wife and his wish after death. Because of his many health scares during the years he is able to fight with Covid-19. All of his family members and fans are praying for him to get well.

Larry King is a great person with good qualities. He founded the Larry King Cardiac Foundation to help people with heart ailments.

Meet Simone Giertz, The Inventor Of The Tesla Truck