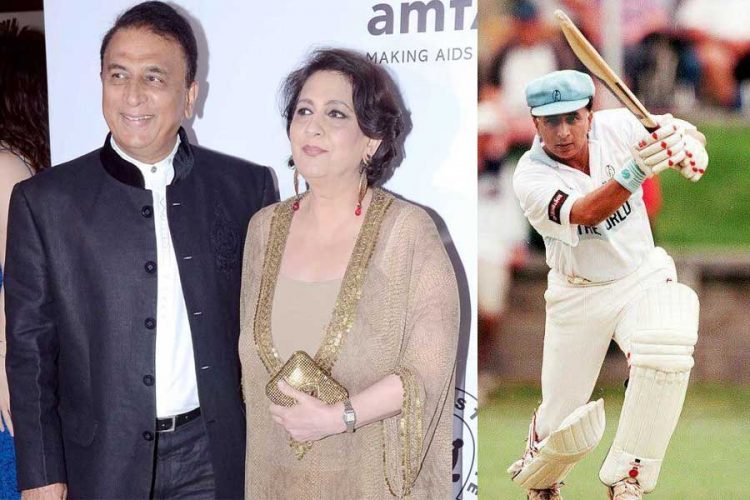 Sunil Manohar Gavaskar is a popular former cricket player in India. He played sports from the 1970s to the late 80s for the Indian National Team and the Mumbai Cricket team. Sunil Gavaskar is well known as the best batsman in world history. He is the one who set many world records in cricket for the Test Runs and centuries. His fast bowling technique is admirable. His birthplace is Bombay, Maharashtra, and the date of birth is 10 July 1949.

He is now seventy-one years. Not only his sports background but his personal life is also interesting. How he met his wife is a love story that you will love to hear. So continue reading to know about it.

How he met his wife?

Sunil Gavaskar wife’s name is Marshneil Gavaskar and she was born and brought up in Kanpur. She is the daughter of a successful leather Industrialist based from Kanpur. Not much information is available about her background however through the interviews given by Gavaskar and also from other sources we can get some bits of details about her.

Marshneil Gavaskar met her husband in the year 1973. She got educated in Delhi. At that time she decided to go to a cricket match. When it was lunchtime she went to Gavaskar to ask for his autograph and at first glance, they fell in love with each other. This is not some imaginary romantic tale but the real-life story of how Gavaskar found the love of his life. After this wonderful event, they got to know each other and he proposed to her in Kanpur. Then they got married on 23rd September 1974.

The couple has a son named Rohan Gavaskar who came to the world on 20th February 1976. Their son also went to play cricket for some time however he did not make it big like his father.

Now Gavaskar and his son are taking part in the matches as commentators. Along with his wife, he named his son Rohan Jaivishwa to pay tribute to his three favourite players. He finished his education in St. Xaviers Collegiate School located at Calcutta and Ramniranjan Anandilal Podar College. He got married to Swati Mankar who was his childhood friend.

What does Marshneil Gavaskar do?

Marshneil Gavaskar is a simple and elegant woman. She made appearances with her family in several public events. Her most recent event is when she arrived with her husband for Virat-Anushka wedding. She also accompanies her husband on many cricket matches and interested in the sport. She runs a company that offers assistance to the cricket players.

Sunil Gavaskar has praised his wife on many interviews. He shared that many marketing innovations for the sport were the idea of his wife. But she seems to not want publicity for what she does which shows her humility.

The love story of Sunil Gavaskar is romantic indeed. He fell in love with the lady who came to get his autograph. And for many years they are close to each other no matter what. This is what true love is.

How To Get Your Ex Back In Your Love Life

How to Know if a Girl Likes You: The Signs That Indicate That She is Into You!