Check Out How LSD Changed George Harrison’s Perspective About Fame 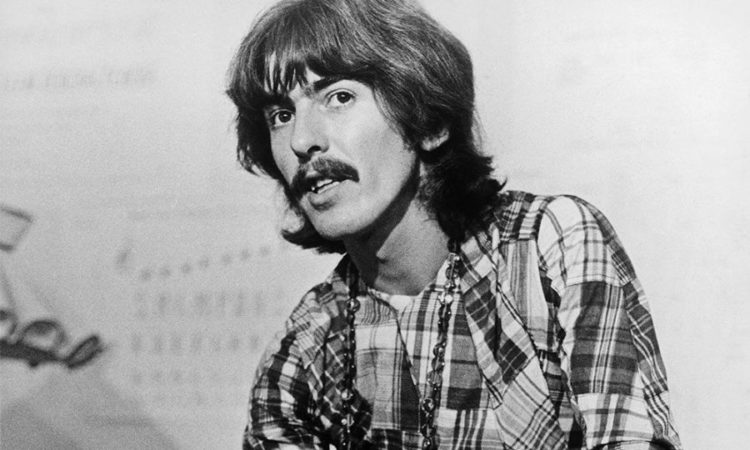 There are very few people who have not loved the legendary musician George Harrison’s songs, isn’t it? Well, during the 1960s, his songs were highly popular all over the world, and the handsome musician became the man of dreams of every young girl. However, it was 1966 that changed the world for George Harrison, all credits to LSD.

Even though he did not intend to take the drug the first time, he said it fundamentally altered his perspective. He appreciated the new outlook; however, it also changed how he thought of fame. In fact, after taking LSD, Harrison said that he preferred not to be in the spotlight at all times.

So would you like to know more about the iconic musician? Stay with us until the end, as we will share some significant details about George Harrison’s life. At the same time, you will also know how LSD changed his life forever. Let us have a look!

Who Was George Harrison?

Even though George Harrison is one of the most famous musicians, singers, and songwriters, we will share some unknown aspects of his life with you. As we mentioned, the musician achieved international fame as the lead guitarist of the Beatles. Yes, the legendary band. He was born on February 25th, 1943, in Liverpool, England. Therefore, he was only 58 years old when he died.

At times, his fans also called him the “quiet Beatle.” He embraced Indian culture and helped broaden the scope of popular music through his incorporation of Indian instrumentation and Hindu-aligned spirituality in the Beatles’ songs. Even though John Lennon and Paul McCartney wrote most of the songs, most of their albums had at least two of Harrison’s compositions. For instance, songs like “Taxman,” “Within You Without You,” “While My Guitar Gently Weeps,” and several other hit songs.

As per the sources, musicians like George Formby, Chet Atkins, Chuck Berry, and a few others influenced Harrison to a great extent. However, he began to lead the Beatles into folk rock through his interest in Bob Dylan and The Byrds and also by using Indian music in 1965.

Harrison also released several best-selling singles and albums as a solo performer. In 1988, he founded the platinum-selling supergroup, the Traveling Wilburys. Needless to say, Harrison has a lot of hit songs in his collection. He has also won countless awards and recognition for his music industry contribution.

Did You Know Harrison Did Not Take LSD Intentionally For The First Time?

Many of you might find it hard to believe; however, it is true. Let us find out the details. In 1965, Harrison and Lennon had dinner at their dentist’s house. After the meal, they also had coffee. Once they were finished, their dentist, John Riley, informed them that he had laced the sugar cubes with LSD. However, when Riley told them about it, Lennon was not very supportive of it, but Harrison was not sure what to do.

In an interview, Harrison said that they did not know previously, and later on, the “dentist said something to John, and John turned to me and said, “We’ve had LSD.” At that time, Harrison had no idea what kind of drug that was. After that, they quickly left the house and went to the Ad Lib Club. So, Yes, Lennon and Harrison had totally different experiences.

After having the drug, they were no longer in their senses. “We were just insane. We were just out of our heads,” Lennon said, adding, “We all thought there was a fire in the lift, but it was just a little red light, and we were all screaming, all hot and hysterical!” Harrison, on the other hand, felt at peace.

He was having an overwhelming feeling of well-being at that time. It was as if he could see God in front of him. According to him, it was like gaining hundreds of years of experience in 12 hours. So you can well understand that it was a lifetime experience for him.

The Intake Of LSD Changed His Perspective On Fame

Previously in many interviews, Harrison said that the LSD experience changed his life forever. For him, it was like opening a door that no one knew about before. It just opened up a whole new consciousness. So at this time, Harrison realized that his life could be different from the one he was living then.

Moreover, this also changed his perspective on fame. He no longer craved the spotlight. He felt the entire thing was highly ridiculous. From that time, he did not enjoy fame anymore as he used to before. All these clamoring and shouting of people and the newspaper writings were in a way affecting his life. At this time, novelty disappeared, and it became hard work.

George Harrison Once Said That LSD Raised A Lot Of Questions

As we mentioned earlier, Harrison was an entirely different person after taking LSD. He also found himself with many questions to answer. Needless to say, George had created a lot of unforgettable and hit songs to cherish in his entire career. However, he no longer felt any excitement because of the spotlight.

LSD changed his life forever. He realized that all of this was transitory and momentary. All this clamoring and cheering will have no value one day. Therefore, he started preferring a quiet and simple life.

According to him, he could never go back to his previous life. In fact, there were also a lot of questions that he needed to search for the answers to. However, with a change in perspective, that was quite difficult.

So as we conclude, we can say that George Harrison was one of the greatest musicians of all time. It was due to him we could hear some of the iconic songs of the Beatles, and we got to know what a band is. Therefore, we could never forget his contribution. If you are one of his fans, you can go through this article to learn some interesting aspects.

Also Read: Who Is Richer Jordan Peele Or His Wife, Chelsea Peretti? Have A Look