Madelyn Cline And Her Relationship Status 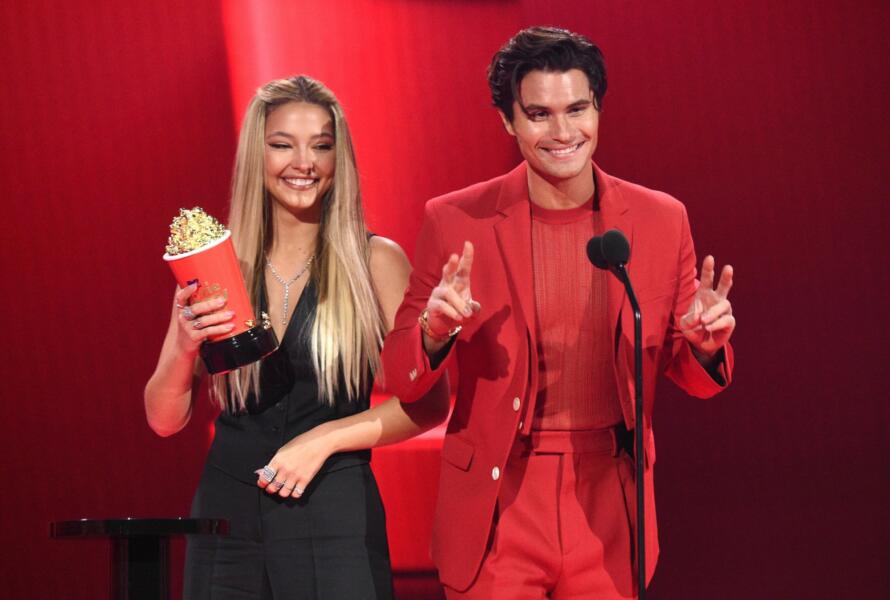 In the world of entertainment, Madelyn Cline is a prominent name in recent times. In fact, for the audiences of Outer Banks, she must be an unforgettable figure. However, for those who do not know, let me inform you that Outer Banks is a Netflix series, in which Madelyn portrayed the character of Sarah Cameron. In fact, soon after the series was aired on the platform, she became a very popular face. It is her performance as an actress which garnered her the fame that she enjoys at the present.

However, this is not the only project for Madelyn Cline. She has worked in many movies like This Is The Night, Boy Erased, What Breaks The Ice and some others. We have also witnessed her performance in Stranger Things, Day by Day, The Jury, Vice Principals and The Originals. In fact, over time, she has become a star. On her Instagram profile, she has around a million followers. However, along with her professional career, her personal life has also come under the radar of the audience. If you wish to know all about the relationship status of the gorgeous actress, then this article is the perfect stop for you. Read this article to know various aspects of the love life of Madelyn Cline.

The Relationship Status Of Madelyn Cline

As of now, it appears that Madelyn Cline is not dating someone. However, there was ample rumour regarding her relationship with Jackson Guthy, in the early part of the year. In fact, during that time the two were spotted together in the public. The place where they were spotted together was Malibu, California.

Back on the 26th of June 2022, they were spotted together for the first time. They were captured buying groceries. In fact, the paps captured them together multiple times. In fact, the two were found spending a vacation on the 30th of June, in South California. However, none of them has made any public statement about their relationship.

Chase was the Outer Banks co-star of Madelyn Cline. In fact, they were linked in a relationship earlier. In the series, they played star-crossed lovers Sarah Cameron and John B. They met first just before the shooting of the series started. Soon after the series started to air on Netflix, rumours about the two datings started to gain ground. However, none of them has talked publicly about their relationship. However, they dated for more than a year before quitting finally in 2021.