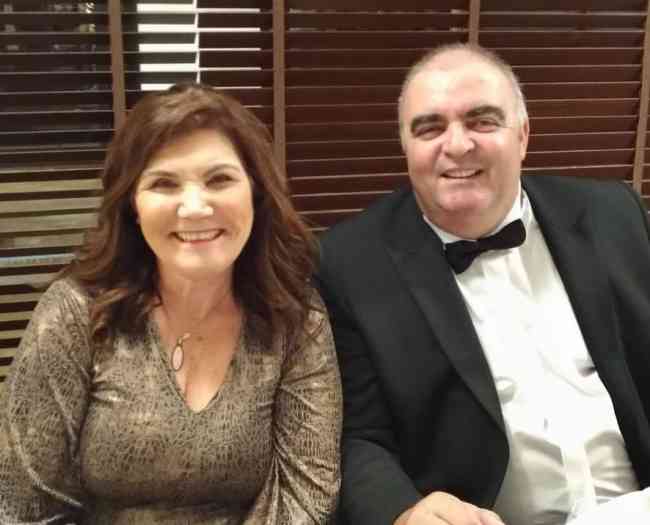 Maria Dolores Santos Aveiro was born on December 31 1954 in Machico, Madeira. She is the mother of famous Portuguese football player Cristiano Ronaldo. Maria Dolores Santos Aveiro is 66 years old as of 2021. Maria has played an important role in Ronaldo’s life for achieving his dream of becoming a famous football player. When Ronaldo was 14 years old his mother Maria supported him in his choice of dropping out of school and focusing on football alone.

Today Maria lives luxurious life and spends quality time with her grandchildren. She has an abundant fan following on her instagram page with 1.7 million followers. In 2018 she gave her voice in an animated series titled ‘Snow’.

Maria Dolores Santos Aveiro was born in the winter of 1954 on December 31st. She was born in a modest family to Angela Spinola and Jose Vveiros. Maria tied a knot with Jose Dinis Aveiro, who worked as municipal gardener, Funchal. However, because of the drinking habit of her husband she went poor in the early years of her married life.

In fact, her family condition was so bad that she even thought to abort when she was pregnant with Cristiano Ronaldo. In her biography she said that she went to the doctor to get the child aborted. When the doctor did not agree she started to drink warm beer in order to abort the child hoping that he would never be born.

Afterwards she gave birth to four children and used to work as a cook in order to support her family. She supported Cristiano Ronadlo immensely, for his decision of becoming a football player at the cost of his studies.

She is really attached to all her grandchildren and seldom posts pictures with them on her instagram page. Right now she lives lavishly in a mansion. In 2015 the airport authorities in Madrid’s Bejaras stopped her for carrying € 55,000 in her hand baggage.

Therefore, as per the rule of the Bejaras airport in Madrid one can carry € 10,000 only without declaring the transfer. However, Maria did not fill the declaration form at that time which is why the airport authorities confiscated the money.

Maria Dolores Santos Aveiero did not marry after her husband died in 2005. However according to some sources Maria is currently dating a name whose name is Jose Andrade.

Maria spends most of her time with her grandchildren, she has posted pictures many times showing how she takes care of them. You can follow her on her instagram @doloresaveiroofficial.

She also owns a restaurant in Brazil named Casa Aveiro. Maria opened this business on the 9th of July celebrating the success of the first dinner on the home island of Madeira.

What is Maria Dolores Santos Aveiro net worth?

Maria Dolores Santos Aveiro Net worth as of 2021 is around $5 Million. She owns a restaurant and has a lavish life and comfy one. She even entered the showbiz and appeared in magazines. For commercials for brands like Maggi, however she is also well known as the mother of Cristiano Ronaldo. She is seen in many popular events and award functions with him.

However, Maria became too famous after she decided to write her biography which was named as “Mother Courage”. She also keeps giving her voice to many other commercials now after the animated series “Snow”.

Facts you did not know