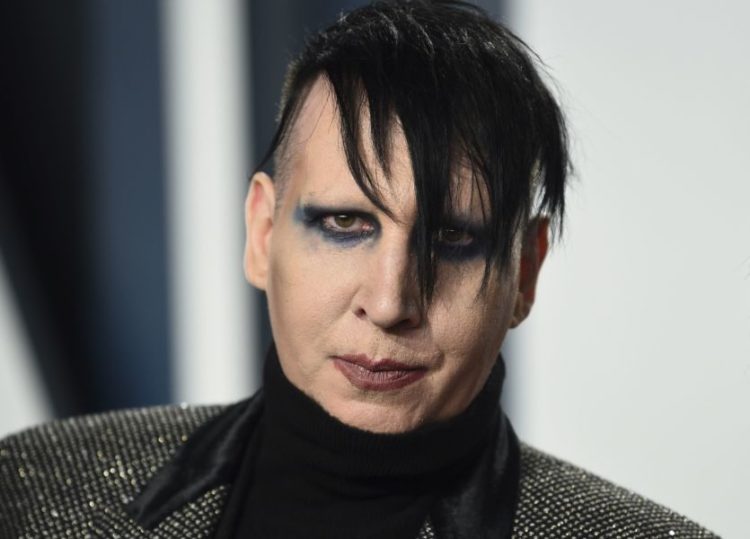 Lovers of pop and heavy metal music can easily recognize the name Marilyn Manson. In fact, he is a legendary American singer-songwriter, actor, visual artist, and record producer. His unique style over the years has made him an iconic figure in heavy metal music. In fact, his fans often call him a pop culture icon. Therefore, it is understandable that he is a vastly popular and famous figure who has a large fan base.

However, there are two ways to get famous. One is for one’s works. The other is the notorious way through controversies. In the case of Marilyn Manson, he chose both. Manson’s real name is Brian Hugh Warner. He chose the former name as his stage name. This notorious stage name, his outrageous behaviour, and his antichrist standpoint combined to earn him the fame that he now enjoys. However, his rise to fame is an exciting journey. This article will take you through various details of Manson’s life. It will also acquaint you with his rise to fame. Therefore, read the article to know more about him.

Manson was born in Canton, Ohio on January 5, 1969, as Brian Hugh Warner. He is the only son of Hugh Warner and Barbara Wyer. Hugh Warner was a helicopter mechanic turned furniture salesman and Barbara was a nurse. According to Brian, his father had a violent temper and an odd personality. In fact, Missi Romero, one of Brian’s ex-girlfriends, claimed in the 2000 documentary named, Demystifying the Devil that Brian’s father  “always had a thing for younger girls at Brian’s show.”

Brian, in 1997 called himself a mama’s boy. However, he also admitted that he was abusive towards his mother. Moreover, in his memoir, he also admits that once, he thought his mother was cheating on his father. As a result, he assaulted his mother with a perfume bottle. In fact, one of his old friends claimed that he saw Brian chasing his mother with a microphone stand. Therefore, when he later christened his music company Beat Up Your Mom Music, it seemed to make perfect sense.

In his early life, Brian joined Heritage Christian School. There he studied from the first to 10th grade. At that school, the teachers attempted to make students aware of the dangers of rock music. However, this led Brian to fall in love with rock music. In fact, he developed a great fondness for David Bowie, Black Sabbath and Queen. He later left that school and joined GlenOak High School. He graduated in 1987 from this institution. Later, when he was 18, his family relocated to Fort Lauderdale, Florida. There he joined the Broward Community College. It is here that he got interested in journalism and wrote articles for the music magazine  25th Parallel.

Music Career and His Rise to Fame

Brian’s musical career kick-started in 1989 when he formed a musical band with guitarist Scott Putesky. He picked up a stage name, Marilyn Manson,  for himself. The name is a combination of the names of Marlyn Monroe and cult leader Charles Manson. He initially named the band Marilyn Manson & the Spooky Kids and later changed it to simply Marilyn Manson.

Within the South Florida punk and hardcore musical scene, the band quickly gathered a loyal fanbase. Various factors contributed to this quick success. The band’s concerts were intentionally shocking. The concerts were visually captivating, with the musicians at times performing in women’s clothes. The live shows frequently featured naked women nailed to crosses, children locked in cages, as well as experiments in reverse psychology and butchered animal remains. As a result, within just six months of genesis, the band’s shows started to get sold out throughout the 300-capacity nightclubs in Florida.

He Has a Spectacular Career, Indeed

The band released their first studio album,  Portrait of an American Family in 1994. However, things started to really work out for the band with their first EP, titled  Smells Like Children. After that, the album that brought Marilyn Manson into the limelight was  Antichrist Superstar (1996). This was a highly controversial album that received a fierce backlash from Christian Fundamentalists. However, it was also a highly successful album, selling around 7 million copies worldwide. Moreover, a lead single from this album, titled “The Beautiful People”,  recorded three nominations at the 1997 MTV Video Music Awards. In addition, the album debuted at number three on the Billboard 200.

After these successes, the band and Manson himself went on to become a hard rock legends. The Lead single “The Dope Show” from the album Mechanical Animals (1998) got nominated for Best Hard Rock Performance at the 41st Annual Grammy Awards. In fact, Manson has achieved four Grammy nominations in his career. Such is his popularity that he sold over 50 million records worldwide.

Controversies have become synonymous with Marilyn Manson. The Antichrist Superstar has been one of his greatest hit albums. But it was also the source of various controversies. Every performance of the band in North America witnessed protests The opponents of the band claimed that the live performance featured elements of Satanism. Moreover, various state legislatures banned their performances. Such controversies were part and parcel of Manson’s career. He also got criticized and attacked after the Columbine High School massacre. Various media reports allegedly claimed that the perpetrators of this massacre were wearing Manson T-shirts.

However, in his personal life also, Marilyn Manson has been a magnet of controversies. Various ex-girlfriends and partners of Manson claimed that he tortured them in his apartment. In fact, Manson himself bragged about having a solitary-confinement cell in his apartment that he called the “Bad Girls’ Room”. Ashley Walters, his former assistant, sued him for sexual assault. She also claimed that he used the room to psychologically torture girls. In fact, there is an entire list of women, suing Manson with similar charges. The list includes the likes of Ashley Morgan Smithline, Esmé Bianco,  Evan Rachel Wood, and many others.

However, Marilyn Manson and his attorney have claimed that the allegations are baseless and are targeted to destroy his reputation. Yet these controversies have served in a way to make him famous, even in a negative manner.

Marilyn Manson is no doubt a legendary musician. He has amassed a large fanbase that is loyal to him. People around the world have been drawn by his out-of-the-box performances. Yet the controversies have added a negative note to his career.

In spite of all controversies, Manson remains a highly popular musician with incredible commercial success.

Also Read: Dave Marrs And Jenny Marrs: How The “Fixer To Fabulous” Stars Met In The Real Life And Much More