McRib is Coming back: News About McDonald’s Barbecue Sandwich 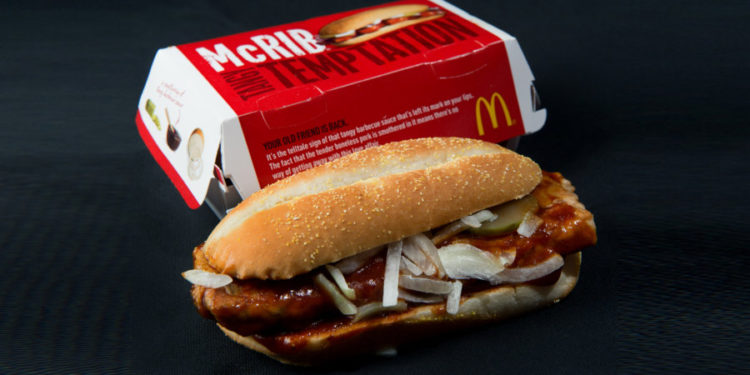 Are you a McRib McDonalds lover? Then happy news is waiting for you. On Thursday McDonald’s announced that it will return with its barbecue sandwich to participate with many restaurants on Nov 1. The McRib is a fan favorite and many people are excited about its return. It is a sandwich specially made available during the winter months. Therefore people wait for it to release to indulge in its unique taste. Here have a look at the details about the McRib McDonalds.

Is the McRib Back?

The McRib was first launched in Kansas City, Kansas in 1981. It is a seasoned boneless pork patty filled with barbecue sauce and topped with pickles and onions. It is a hoagie style bun.

The senior archives manager of McDonald, Mike Bullington commented about the return of the McRib. He said that it is especially enjoyed during the cold seasons. He continued that whether people are first-time eaters of the sandwich or its loyal fan there is no denying that the sandwich is one of the iconic sandwiches. The company received thousands of emails and tweets to bring back the Mc-Rib.

Further, McDonald gave full credit to the internet and social media for popularizing “the McRib’s icon status” and “McRib Season.”. The popular food company brings back their iconic sandwich every year to make people happy.

But for the first time after 2012, the secret menu item was sold to over 14,400 locations of the company worldwide in December 2020. The same year the company gave 10,000 McRib sandwiches for free to the people through the Shave 4 McRib Sweepstakes.

Who created the McRib?

The McRib was created by first executive chef Rene Arend. She got the inspiration to make the sandwich after she tasted pulled pork sandwiches when on a trip to Charleston, South Carolina. Also, she was the chef who invented McNuggets. Although the sandwich became popular it did not achieve the same popularity as the McNuggets.

Therefore the company decided that it will work well as a limited menu item. But today the sandwich is loved by many food lovers. It has become one of the best sandwiches offered by McDonald’s.

As the it is back the eating frenzy among the people will also begin. So get ready to taste the best sandwiches of the season. You will feel the desire to try it again. Do not miss the chance to try your favourite sandwich.

Also read: 8 Super Spicy and Fiery Food in The World. Dare to try!

14 Lolly Traps to Avoid When Shopping for Lollies Online