Medal of Honor: Above and Beyond Brings World War 2 to VR 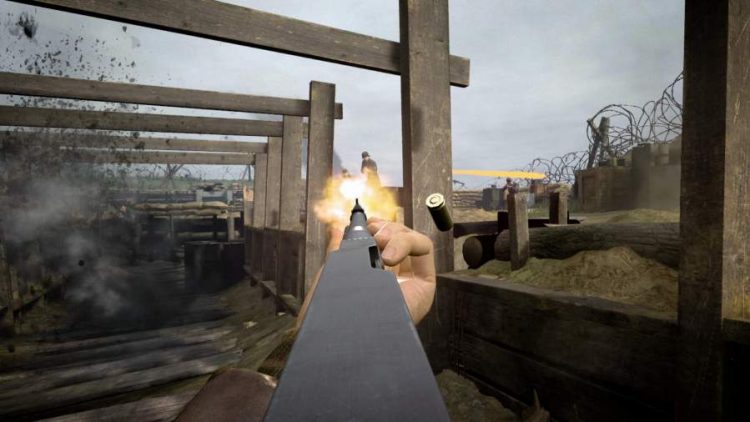 Medal of Honor: Above and Beyond is a new upcoming game created by Respawn Entertainment. It is a virtual reality first-person shooter game. The game series is a popular one among the fans so they are eagerly waiting for its release. As many are aware the game will consist of World War 2 setting. Many interesting elements are waiting for the players along with new features. The game is also made in big-budget for the high-quality gaming experience. Know about it all here.

What is the game about?

The game is set at the time of World War II in Europe. The main protagonist of the game will serve as an agent working for French Resistance. For making the production more realistic the developers took the help of many war veterans and flew them to many historic locations. They also listened to their experiences and interviewed many of them.

In the beginning, the game was not planned as a virtual reality game. However, the developers decided to create the game for the Oculus Rift platform after talking with Facebook executives. The director of the game is Peter Hirschmann and the publisher is Electronic Arts. The game will release as a Single-player and multiplayer.

The player can use the available skills to journey all over Europe through U-Boat pens, trains and planes. There are a lot of multiplayer modes in the game such as competitive to the co-op. The player has to assist in French Resistance by taking up the role of an agent of the Office of Strategic Services. They have to use the air, water and seas for destroying the Nazi bases. They have to stifle the enemy attacks and plans by taking part in the important moments in the war. This is the main aspect of the game.

Some of the details about the game got revealed by the creators. The player has to infiltrate the hotel full of Gestapo. The setting contained excellent visuals and realistic setting. There are also a lot of levels in the game based on historical incidents and locations of World War 2.

Medal of Honor: Above and Beyond is one of the best game releases of 2020 with VR experience. The trailer of the game is going to get released soon in the Gamescom virtual event. The creators have shared many extra details in the trailer so many are waiting for it. So stay tuned for it.

Medal of Honor: Above and Beyond Trailer

Medal of Honor: Above and Beyond will be different than its predecessors. There is a lot of action and wow-factor in the new game. Get ready for the impressive VR game that will release during the Q4 2020.