Meek Mill Asks The Label to Settle The Deal in Bitcoin 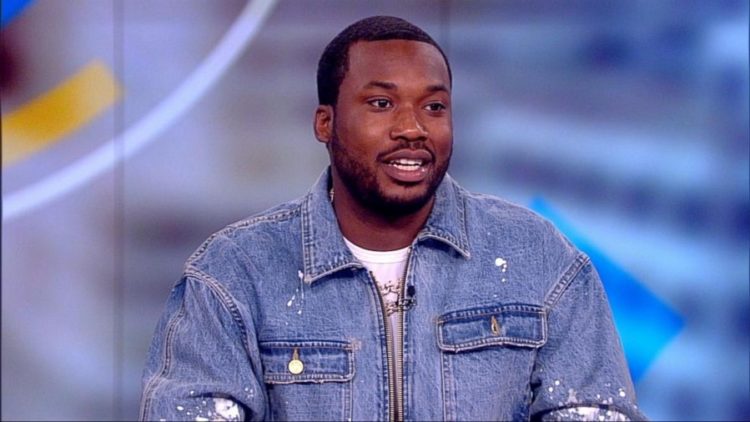 American rapper Meek Mill has opened up about his next record deal. No, it is not about how many songs he will have, or what he looks forward to encapsulating on the album. But it is about how he wants his next record label deal to settle in Bitcoin. Yes, it is a trend and Meek Mill is joining the trend now as well. The rapper’s move has him join the growing number of celebs who also deal using Bitcoin. Many celebs are now accepting bitcoin as salary and Mill has joined the race as well.

Meek Mill Wants to Be Paid in Digital Currency

According to sources, if Mill pulls through with the advanced move, then he would become the second music artist to do it. The first artist who had his record made payment in bitcoin was American rapper Money Man. Money Man revealed that he got a $1 million record deal advance in Bitcoin.

Moreover, Meek Mill also revealed that Money Man’s move inspired him to do so as well. So, he took to Instagram to post stories about it. In addition to it, he also gave a shout-out to his Georgian counterpart.

When Did Meek Show Interest in Bitcoin?

Meek Mill first showed interest in investing in digital currency earlier this year. He advised his fans to buy Bitcoin via Instagram as well. Moreover, the rapper is also a Dogecoin Holder as he invested in it white a long time ago. He made his decision to get payment in bitcoin after seeing his fellow Money Man do it.

Although he took inspiration from Money Man, it was the fiscal difference that prompted him to take such a drastic step. The current difference he is having with his record deal made him talk on Twitter. He took to Twitter first and wrote in a since-deleted post the following.

“I haven’t got [sic] paid from music and I don’t know how much money labels make off me, I need lawyers asap!!!”

Meek Mill complained about the studio treating him badly. He said that his record label Dream Chasers have stung him. Moreover, he claimed that he had not seen any progress when it came to his contract. Moreover, he was not even aware of the amount that the label was keeping to itself from him.

Who Along with Meek Mill Joined the Race?

Some of the recent celebs who made the headlines in the same way as Meek Mill are NFL player Aaron Rodgers, Russel Okung. Both the athletes have joined the ‘Pay Me In Bitcoin’ movement. Apart from them, Tom Brady has also shown interest in making payments in digital currency.

The first mayor who picked up the challenge was the mayor from Miami, Francis Suarez. After him, Eric Adams also joined the team.  James Castor of Tampa Bay joined the race as well.

Bitcoin has become one of the dominant digital currencies chosen as a payment method for many celebs and government officials. However, Altcoin is not behind as well. Recently, Doge and Shiba Inu have also seen an increase in acceptance as well.

Also read: Women and Crypto: Do Women Make up a Majority of Crypto Investors?