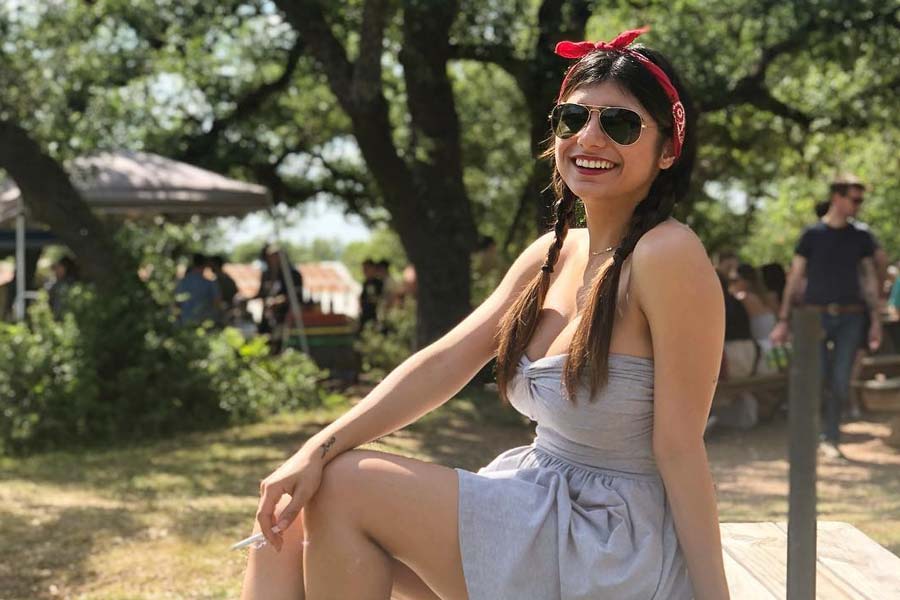 Mia Khalifa is a popular Lebanese-American model, former model and a social media. Mia Khalifa formerly worked as a film actress between the years 2014 and 2015. She was born in 1993 on 10 February and her birth name is Mia Callista. Her height is 1.57 m and weight is 55 kg. Her native is Beirut, Lebanon and her whole family moved to the US because of the South Lebanon conflict. She belongs to catholic descent but now no longer follows the faith. As a teenager, she lived in Montgomery County in Maryland.

Mia Khalifa career in the A film industry was only for three months because of many upsets in it. In just less time she became the number one star in a popular a* website for her controversial video. Then, she retired from the work because of the negative attention she received which was hard to handle.

She was not able to live a normal life. Now she is starting her life over in Austin. She likes to play hockey and football in her free time. She is a twenty-nine-year-old woman who is a global sensation.

Where did Mia Khalifa Get Education?

In her school days, she played lacrosse. Mia Khalifa did her higher studies at the University of Texas-El Paso and is a graduate in History. She worked as a bartender and was also a briefcase girl in Deal or no Deal.

Whom did Mia Khalifa Marry? Dating and Relationship

Mia Khalifa wedded her high school boyfriend in 2011 but divorced him in 2016. In 2019 Mia engaged to Robert Sandberg a Swedish chef. They planned to get married a grand ceremony in Mach 2020, but they changed the plan due to Corona pandemic. As per Republic World, Mia wedded to Sandberg in the same month

Once Khalifa has stated that both of her parents have stopped talking with her because of her controversial career. She is a supporter of English Premier League club.

What are the Controversies of Mia Khalifa?

Mia Khalifa became a subject of controversy because of wearing a hijab in a movie. This enraged the people living in the Middle East and she received lots of death threats from there. But because of that, the search rate for the video increased.

In January 2015 pop band Timeflies unveiled a song with the title “Mia Khalifa” to pay homage to her. Many thought that she was getting good money from her modelling but she told in an interview that she only received $12,000.

What is Mia Khalifa doing now?

After the exit from movie career Mia became a paralegal and bookkeeper. Furthermore, she now runs a YouTube channel and also lives streams on Twitch. She is also popular on social media platforms posting a video about cooking and exercise. She has got over 15 million followers on Twitter and other platforms.

The popular model is using her social media platform to sell many products like mattresses.  She gives information about the products in detail about the discount, costs, and others. These things now add to her net worth which may now be large.

What is Mia Khalifa Net Worth?

During an interview with Megan Abbott, Mia Khalifa shared information about her earnings. Mia shared that she received only $12000 as a movie actress. This share is only a little part of her net worth. Her Net worth $4 million as of 2021.The popular movie site did not offer her the residuals also. Mia and her Swedish fiancé are now running a YouTube Channel that shows videos about her everyday life.

They have posted six videos for the past ten months. The platform has 207,000 subscribers and more than nine million views. Their mission for the platform is to create a video diary for their future. She is also co-hosting the show Sports-ball as she is a sports lover. She is promoting many things related to sports like Bet My Rookie.

Being one of most famous A* film stars Mia Khalifa is now successfully promoting brands and also showcasing the happenings in her life. She is happily living her life with her partner doing YouTube videos and playing sports.