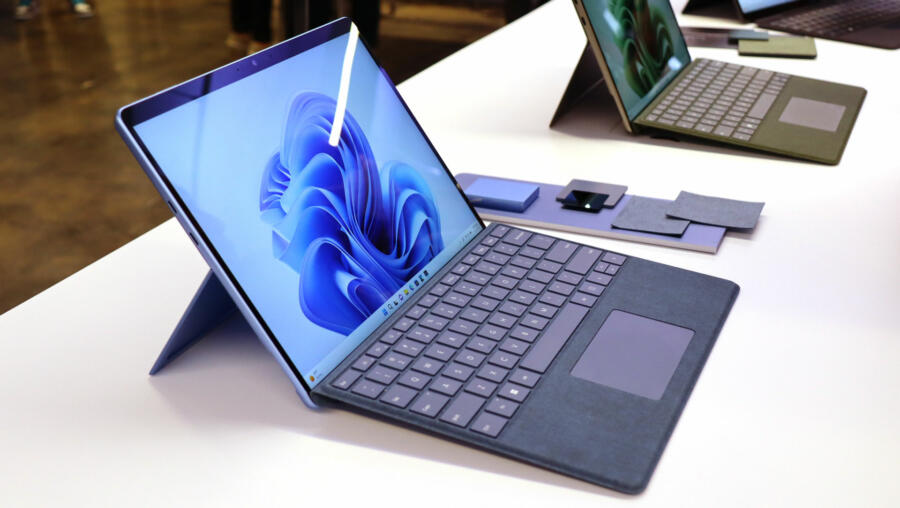 Customers have inquired as to whether the two Surface Pros with different processors can coexist. Microsoft’s new Surface Pro 9: A Comprehensive Guide

Microsoft also introduced the Surface Studio 2+ and the Surface Laptop 5. The only significant differences between the two were the inevitable upgrades. In components such as processors, but everything else remained unchanged.

According to Panos Panay, Microsoft’s Chief Product Officer. Digital ink on a screen feels like writing with a pen and paper. “The experience is essentially comparable when paired. With the new Ink Focus in Microsoft OneNote or the new GoodNotes app coming to Windows 11 in early 2023.”

A Surface Pro 9 with a 13-inch PixelSense display and a 12th-generation Intel Core CPU on the Intel Evo platform with Thunderbolt 4 or a Microsoft Surface Hub 3 with a 5G connection are available.

Shortly after the initial announcement, however, they surprised everyone by revealing a second Surface Pro 9 with a brand-new SQ3 ARM CPU and built-in 5G.

Microsoft claims that the two models perform similarly, but we’ll have to put that to the test ourselves. Early Geekbench 5 test results on a demo machine were 978/4,760, putting it slightly behind Intel 12th and even 11th-generation computers.

What is the distinction between the Surface Pro 9 models?

This with the proprietary SQ3 ARM chip and the Surface Pro 9 with the Intel 12th-Gen Core CPU are functionally identical. The SQR ARM model, on the other hand, has some unique characteristics.

The latter is equipped with a neural processor, which enables advanced features like backdrop blurring to be applied to real-time video chats. Once Intel develops its own neural processors, Microsoft claims that these capabilities will be extended to Intel CPUs.

Is there anything new about the Surface Pro 9’s design or screen?

Microsoft hasn’t made many changes to the design, aside from making the 5G antennae on the SQ3 ARM variant more visible. The PixelSense screen on the device measures 13 inches and has a refresh rate of 120 hertz.

It’s an excellent tool for quick sketches and scrolling, especially when used in conjunction with the Surface Pen. For connecting peripherals and external displays, it has two Thunderbolt 4 ports. The battery life has been extended to about 15.5 hours. So, this was our analysis of the above-mentioned two laptops.