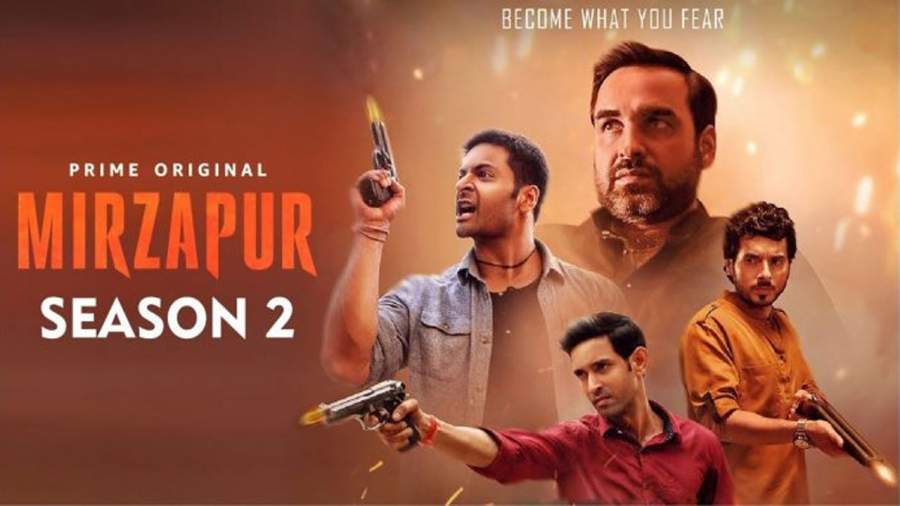 Mirzapur is a crime thriller that is one of the popular Amazon Prime series. Many people found the plot and the characters of the web series incredible when its first season released in 2018. The series is about a famous don Akhandanand Tripathi also known as ‘Kaleen Bhaiya’. Two brothers Bablu and Guddu work for him who are part of the main cast. The season one of the series contains nine episodes and filled with scenes of crime, murders, and violence. The first part ends was a dark and gruesome event where the character Munna Bhaiya murders Bablu the younger brother of Guddu and his lovely wife Sweety. But Guddu saves the life of the sister of Sweety Golu.

So because of this thrilling end, people are waiting to know what happens next. But we need not wait for a long time because Mirzapur season 2 is in the cards. Here are some important details about the release date, cast, and also the story of the series.

Amazon prime has confirmed the release of the series and it is in their calendar. So we can be sure that Mirzapur Season 2 will release this year. As the sources say the Mirzapur season 2 is set to be available on October 23, 2020. The producer Farhan Akhtar has said that the shooting is complete and the process of pre-production is going on. So having all this information in mind we can safely say that the series will release at the set date.

Mirzapur is quite an unpredictable series so we cannot expect to know what will happen next. However, we can be certain of the fact that the series will contain more violence and thrill factor than its previous season. As the fans are aware Bablu is not there anymore because he is dead. So his brother Guddu will devise some plan to disturb Kaleen Bhaiya and Munna Bhaiya. The father of Bablu will also try to destroy the empire of Kaleen Bhaiya along with his fame and name.

Then Guddu will also take revenge on another side for the death of his brother. Many of the characters in the series such as Golu, Sharad, and Beena Tripathi may help Guddu to take his ultimate revenge on the great don Kaleen Bhaiya.

The characters are missing or grieving the death of the beloved people in their life because of Kaleen Bhaiya and Munna Bhaiya. So we can expect Guddu manipulating the feelings of these people to attack Kaleen Bhaiya. For instance, Beena will help Guddu if he helps her to kill the father of Kaleen Bhaiya because that is her only means of freedom. We may also see some character development in Golu because of her sister’s and lover’s death as she will support Guddu to destroy the powerful family in Mirzapur.

The new season will have lots of revenge, action, and violence and may also offer some way for liberation for the others from the tight clutches of Kaleen Bhaiya.

The set of casts who played the roles in the first season are going to reprise the same roles for the second season. Particularly, the role of Pankaj Tripathi as Akhandanand aka Kaleen Bhaiya is especially praised by the critics. His character as a mafia on-screen looks frightening as well as impressive. Another important character is Guddu Bhaiya played by Ali Fazal who is a worker turned enemy of Kaleen Bhaiya. His character will get more power in the second season.

Mirzapur depicts the dynamics of the powerful Mafia family in the city. Their effects on the other families live showcased in detail in the series.