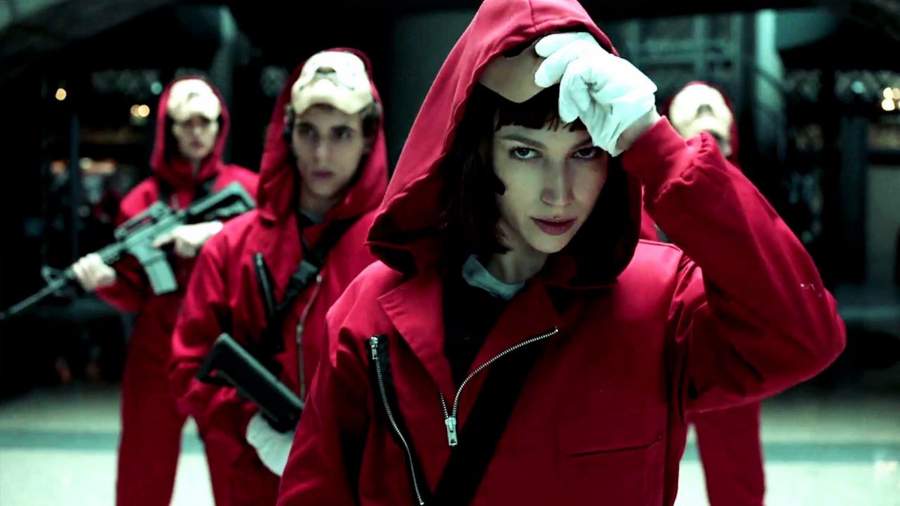 Many people have this question in their minds; will the Netflix show Money Heist season 5 (La Casa de Papel part 5) happen? Money Heist Season 4 of the show was a great hit and left many of the viewer’s minds boggling. It comprised of bloodshed more than the last three seasons. Many fans expected that season 4 will wrap up the story and answer all the riddles but that was not the case. It seems as if the show needs more time to clear away all the tangles.

At the moment the season 5 of Money Heist is not yet on the screens. However, the show is one of the popular shows on Netflix and it got rank #2 in the UK so definitely the creators will make a comeback because of the success.

When interviewing the ABD Spain, the creator Álex Pina shared that the discussions are going on about the release of the new season but no official news is out yet. Fans only have to wait nine months between season three and season four.  If season five follows the same rule then we might get a season in this year-end.

However, on March 15 the productions in Netflix and its various series were put on pause. This is because of the worsening world conditions due to Coronavirus.  There are no updates until now to lift the pause. If this situation continues the release of season 5 may happen only in the next year.

The Spanish site Marca is making an announcement that there is a confirmation of the fifth and sixth season. But this news is not enough because we have to hear from the quesos grandes at Netflix. The showrunners themselves do not want the release of the season to move away from the date. The coordinator Javier Gómez Santande told to El Mundo that they will go game by game and chapter by chapter and so on.

Nairobi’s decease in the series is one of the grievous events however the series has always played with flashbacks and time. The fans will have the opportunity to revisit the times of Nairobi in the new season. If there are videos of her it may be from the old clippings in the series because in the video of Money Heist: The Phenomenon, Flores the actress who plays Nairobi said that she will not be coming back to the project because she needs rest.

Name of the Actors who are most likely to return in season 5:

The season 5 like every other season of Money Heist (La Casa de Papel) will show the professor and his gang doing their forte – armed robbery and there is also the inclusion of political matters. Lisbon is in a bank and there is no means of escape for others. Professor is held by the inspector and they have to melt the gold quickly.

The interesting Netflix series Money Heist is one of the fantastic creations that showcase the squad who perform armed robbery with finesse and skill. We have to wait and see the events that Season five of the series will unfold.

Also read: Antlers Release Date Delayed: The Cast, Trailer and Everything You Need To Know