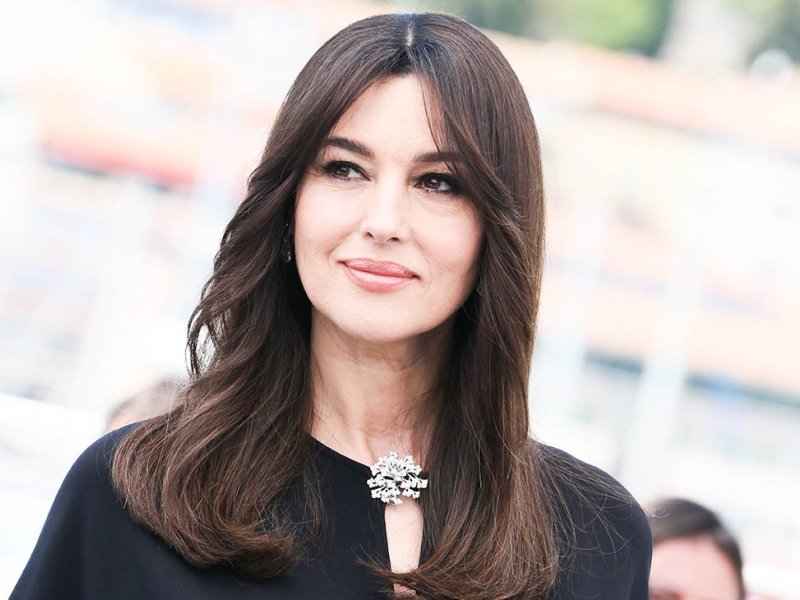 Monica Anna Maria Bellucci is a well-known Actress and Model. She started her career as a model for brands such as Dolce & Gabbana and Dior. Then she acted in Italian films that helped her to get a chance to act in American and French films. She is popular for playing the role of Persephone in The Matrix Reloaded and The Matrix Revolutions. The actress also played as Dracula’s bride in Bram Stoker’s Dracula (1992) directed by Francis Ford Coppola.

There are also many other films she acted that became a huge success that helped her earn name and fame. Know more about Monica Bellucci Biography here.

Monica Bellucci’s date of birth is 30 September 1964 and her place of birth is Città di Castello, Umbria, Italy. She is an only child to her parents and their names are Brunella Briganti and Pasquale Bellucci. The actress grew up in Lama of San Giustino and led a simple family life. She went to study law at Perugia University. Moreover, she also did modelling part-time during her studies for supporting her education.

Bellucci started to work as a model at age thirteen. She posed for the local photographers. Then in 1998 she discontinued her studies and went to Milan which is one of the fashion centres of Europe. She signed an agreement with Elite Model Management. As a model, she became a prominent person in the Paris fashion industry. She modelled for popular brands such as Dolce & Gabbana and Elle. At the height of her modelling career, she started to take classes in acting.

Bellucci’s film career began in the 1990s. She played little roles in films such as La Riffa and Bram Stoker’s Dracula. She became a famous actress for her roles in films like Brotherhood of the Wolf, Irréversible and Malèna. Some of her blockbuster films are Le Deuxième soufflé, The Brothers Grimm, The Passion of the Christ, Shoot ‘Em Up, The Sorcerer’s Apprentice and lots more. She also played a role in the popular James Bond film Spectre. She is going to act as the underworld soul-sucking queen in the film titled Nekrotronic.

Bellucci got married to Claudio Carlos Basso a photographer in 1990 however they got separated in just sixteen months of marriage. Then she married Vincent Cassel a French actor whom she met when filming The Apartment. They have two daughters. But the two divorced in 2013.

The net worth of Monica Bellucci

The net worth estimate of Monica Bellucci is $45 million. As she has worked as a fashion model for top brands she received a good salary for her career. Then when she ventured into acting career her salary increased even more. Although she began doing small roles in films later she became a popular actress. Her career in the film industry is illustrious. At fifty-four years the actress is still signing contacts with top brands for endorsements.

Monica Bellucci is a popular actress. She has many future projects in store for her fans. She has received many prestigious awards for her acting talents and is a beautiful woman.