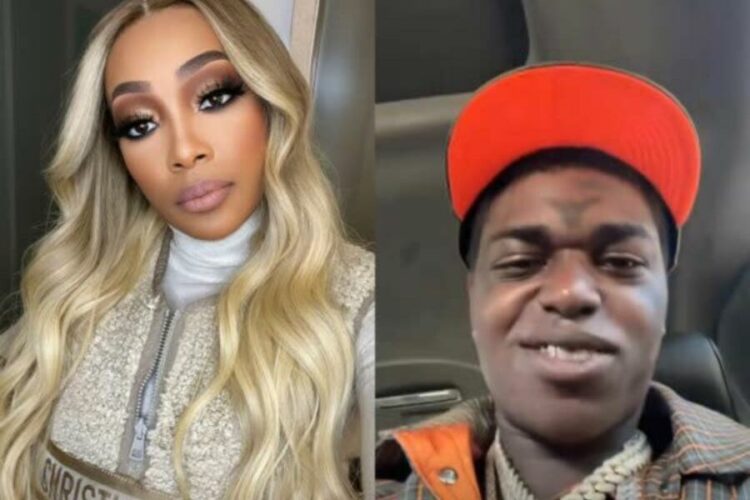 In one of her stories, she typed that she is going out on a date and that she is kind of nervous. In a separate Instagram story posted nearly three hours later, we see a picture of Monica Denise and Kodak Black together. Thus, fans guessed that she must have been on date night with him. The age difference between them is a trending topic. Kodak is 25, while his rumoured girlfriend Monica Denise is 42.

Thus, their age gap is 17 years. Age is just a number when it comes to a romantic relationship. If both of them take to each other, in spite of the age difference, what’s better than that? However, till now, the pair has not made any official comment on the dating speculations.

When did Kodak and Monica arouse romance rumours?

Almost a week ago, the dating rumours of Kodak Black and Monica Denise started to swirl in the air. At that time, we saw the rapper accompanying Monica for his latest TikTok video. It was precisely at this point that the romance rumours stemmed. In the clip, we saw the two dancing to Black’s latest release, Spin.

In fact, another video of the pair also trended on social media. The two sing Daniel Caesar’s song, Get You in the video. We could see Denise in the backseat with Kodak. Thus, it is obvious that the video was recorded in a car.

Who is Monica Denise?

For those of you who are unversed, let us share that Monica Denise is a versatile personality. She is a singer, a rapper, and an actress. She is presently 42 years old. The date of her birth is 24th October 1980. The place is College Park, Georgia, United States.

Denise’s career began at the very early age of 11. She signed a record deal with Rowdy Records at that point in history. Her debut album dropped in July 1995. It is titled, Miss Thang. The songs from the album earned a good response. In fact, not only the audiences but also the critics positively responded to the tracks. What’s more, the tracks from the album came first in the Billboard charts. Not long after, Denise joined Artista Records and garnered audiences’ attention with her single track, For You, I Will.

After that, she collaborated with singer Brandy. The duo performed a single titled The Boy Is Mine. The song turned out to be a grand success. In fact, it held its place at the top of the Billboard Hot 100 chart for 13 weeks straight. Thus, Monica Denise is an outstanding talent in the industry. The artist is recently in the headlines for the viral TikTok videos with the rapper Kodak Black.

Also read: Did Martha Stewart Just Say That She Intends To Go On A Date With Pete Davidson?