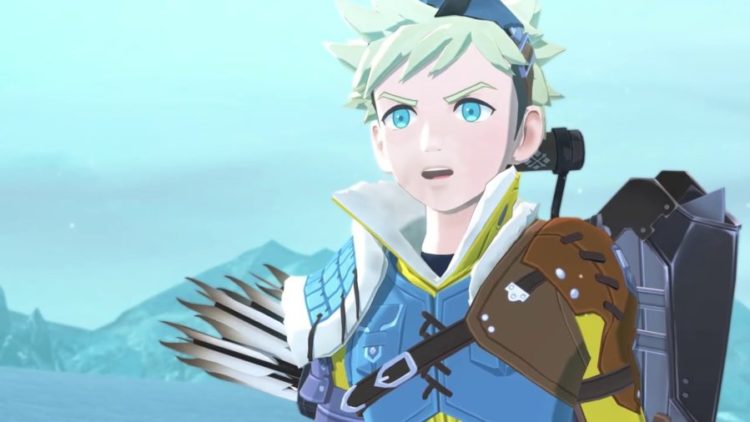 We all know how the Monster Hunter Stories really was really famous among the fans of gaming back in 2016. Moreover, as Capcom and Marvelous published the game for Nintendo 3ds, it soon became very popular. In fact, it was a spin-off of the Monster Hunter series. In addition, it also featured some great gameplay. Therefore, it was really popular. Consequently, the game gathered a lot of praise. Therefore, there’s a sequel to the game named ‘Monster Hunter Stories 2: Wings of Ruin’. It’s a promising sequel to an already great game.

So, fans are asking whether there’s a trailer for the game. Well, the developers have released a trailer and it looks promising. So let’s talk about the trailer in this article.  However, before that, let’s talk about what we know of the game first.

What we Know About Monster Hunter Stories 2

So, recently we got a trailer of the game. It received a brand new trailer on 10th June at the Summer Game fest Kickoff event. In fact, the sneak preview of the game showed a lot of gameplay than we got to see before. Therefore, we have a growing sense of excitement for the game. Fans are eating eagerly for a release date.

According to the official site of Monster Hunter, the main story focuses on the disappearance of Rathalos from the world. So what causes this mass disappearance? All the peace changes when a flightless Rathalos hatches a unique and mysterious egg brought to the players by a girl from wyveria, Ena. Moreover, as the story builds up and ‘the fate of the world hangs in the balance’, it’s all up to the players, friends, and the monsters to make things right once again.

Throughout the years, the monster hunter franchise has seen a huge number of developments. Moreover, the release of Monster Hunter Rise and a movie adaptation of the same may probably divide the audience. However, that doesn’t take anything away from the franchise. Hence, the game Monster Hunter Stories 2: The Wings of Ruin deserves its moment of praise.

Any News About The Release Date Of Monster Hunter Stories 2?

Fans are really looking forward to knowing the release date of the game. So, let us give you good news. The game release on July 9th in 2021. In fact, it will be available on Nintendo Switch and PC via Steam. However, developers might change the release date in terms of console availability. The first game Monster Hunter Rise eas supposed to be Switch exclusive. However, developers had a change of mind and it was also available to PC later.

News About The Trailer

Recently, there was a brand new trailer for the game. It released on June 10 during the summer game fest Livestream.

That event showed us a few glimpses of the game with a lot of voiceovers.  We saw the opening sequence of the game, where Rathalos is locked up on a ship with his crewmates. Moreover, they exclaim ‘WIngs of Ruin’. Thereafter we see the voice-over of Ena, the wyverian girl.

Thereafter, the trailer shows us the famous monsters and fighting sequences. It includes flying, facing off against a mysterious red light. In addition, there were a lot of cryptic dialogues too. Moreover, an ominous voice shared the premonition that something’s bad is going to happen for interfering with their plans.

The trailer was full of dramatic moments. Therefore, fans are really curious about how’s it going to play out. It’s not surprising that the trailer gave the fans the promises of high tension and excitement.

In addition to the latest trailer, the developers also released a lot of other teasers that focus on the story. It shows a little sneak peek at the storey mode and characters.

The game is going to be highly action-packed. Therefore fans can’t wait to play the game. It’s going to be a great addition to the monster hunter franchise.