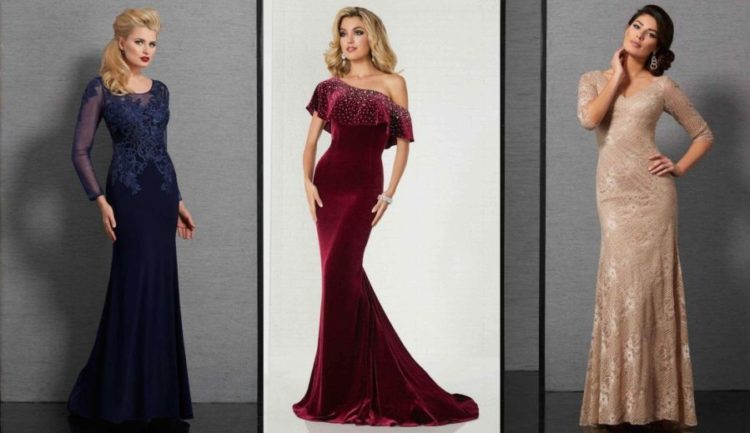 The bride and groom are clearly stars of the wedding! Sure, there is a huge spotlight on them, but their mothers also have the upper hand in the ceremony. From the start of the wedding planning to the final celebration, mothers play a pivotal role throughout. And, therefore, they deserve to dress up to the nines. It has always been a custom for MOB and MOG to have a friendly conversation about their dresses, makeup, and shoes. The main reason being moms want to complement each other, instead of creating an identical or clashing look. After all, that’s the key to bringing a great difference to wedding photos!

However, the one question that still springs to the mind of most moms is, what is the exact difference between mother of the groom and mother of the bride dresses?

The short answer is “not so much.” There is no difference in the style of the dresses, but the time and tradition of buying MOG and MOB dresses for the wedding. Here’s everything you need to know!

Who Takes The Lead? MOG Or MOB?

The main difference between the MOG and MOB dresses is how and when they are selected. Traditionally, MOB takes the lead and shop for her dream mother of the bride dress on sale first.

However, there may be a different ritual in your family, so make sure to keep the lines of communication open until the final moment.

Check Out The List of Specific Dress Rules for MOB And MOG:

Mother of The Bride

As the MOB, YES, you can choose the dress first, but you shouldn’t do it without the bride’s involvement. Perhaps, she may already have decided the style, length, and formality of the wedding dress for the mother of the bride, so it is your responsibility to ensure you’re both on the same page.

Picking your dress according to the bride’s suggestions not only makes her feel special but also helps you narrow down the options.

Once you have bought your wedding attire, you must contact MOG and give her every little detail about your dress.

Mother of The Groom

The mother of the groom should let MOB select the dress first. Then, you can start looking for your outfit instantly after MOB is done with her shopping.

In case MOB hasn’t contacted you about the wedding shopping for some reason, you can take the initiative to call or text her. Ask her the style and color of her dress, so you can plan to coordinate her.

Note: Avoid going all matchy-matchy with the mother of the bride outfit at any cost unless the bride wants.

How To Coordinate Your MOG and MOB Dress?

The coordination between MOG and MOG in terms of wedding attire is a must for an appealing family photograph session. Here’s how you can make it happen:

Both mothers should look for dress colors that complement each other. In case of doubt, you can regard the concept of the color wheel. Maybe the chromatic relationship between colors illustrated in a circular arrangement helps you make the best decision.

Another thing moms from both sides should keep in mind is dress formality. For example, if the mother of the bride is wearing a lace mermaid dress, the groom’s mother should also seize the same style.

The pro tip for MOB here is to keep MOG in the loop while shopping. This is because you’ll not want her to feel over or underdressed compared to you.

The mother of the groom and mother of the bride dresses are almost similar in styles, colors, and designs; it’s just the tradition of shopping that makes them different.

Now that you know all about MOG and MOB dresses, you should not wait more and start shopping now. Don’t forget to consider all the guidelines mentioned above to make your shopping process smooth and fun.

Also read: What to Wear to A Wedding, What to Avoid, Rules and All

What is A High-Impact Sports Bra? Tips The Way To Choose Sports Bras

Great Women Tips on How to Dress Classy