‘My Octopus Teacher’ Review: Story of An Astonishing Friendship With Nature 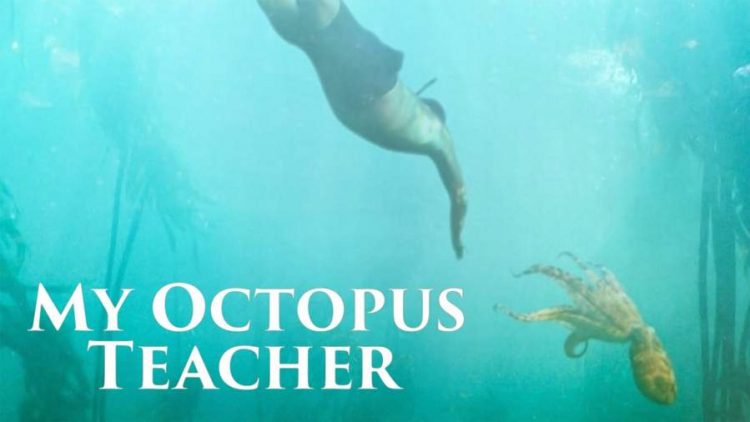 My Octopus Teacher is a Netflix original film of 2020 directed by Pippa Ehrlich and James Reed. The main actor in the film is Craig Foster who also served as the producer of the film. The film took over ten years to make. Most of the film happens underwater and showcases the life of an octopus. This nature film is a must-see because it is inspiring and heart-warming. Here is a brief review of the film for your information.

What was the film about?

In 2010 Foster starts to free dive in cold water situated in the kelp forest, South Africa. He films his experiences and while doing it he sees an octopus. He decides to visit her den every day and tracks her movements. He also wins the trust of the aquatic creature because it senses he is harmless. Then he starts to feel very close to the octopus.

The octopus experiences a lot of dangers in its life as it gets attacked by Pyjama sharks now and then. One time a shark rips of the octopus’s arms so she goes inside her tent to hide. But in some days her arm regenerates. Later she mates with an octopus and lays lots of eggs. At the end of the film, the octopus dies and a shark takes away her body to eat.

Foster learns many life lessons from the octopus hence the film’s title. The friendship he had with the octopus defines his relationship with his son. His son has become a diver and observer of marine life because of his father.

What can we learn from the film?

There are some major themes handled in the film. For instance, the film showed how humans get inspired by nature. Octopus is a delicate creature however by following it the main lead was able to get life lessons. He was also leading his life with anxiety and depression. So he decides to dive underwater to heal. Then suddenly he sees an octopus and records the daily events of its life.

The filming took place in Cape Town, South Africa. The place is full of diverse marine life such as different types of sharks. The world underwater was fantastically revealed in the film with brittle stars, crabs, and the kelp forest. It was really a soothing experience to watch the movie. Moreover, watching the octopus along with Foster was a refreshing experience.

The film had many happy moments but also some heart-wrenching scenes. When the octopus loses his arms to the shark it was shocking. It hides in his den and does not come out for many days. But later it heals itself as the Octopus arms are well known for their regeneration capabilities. After that, it produces small Octopus babies which were magical to see.

Lastly, it ends with the octopus in the final stages of its life. It dies in the end. This moment will make grown men cry. This emotional scene in the film was a good climax because along with Foster we understand some of the mysteries of life.

The film came to Netflix on 7 September 2020 and many people are seeing it. You can watch it too because it is different than other films.