Nadiya Hussain Bio, Age, Husband, Net Worth and All Details 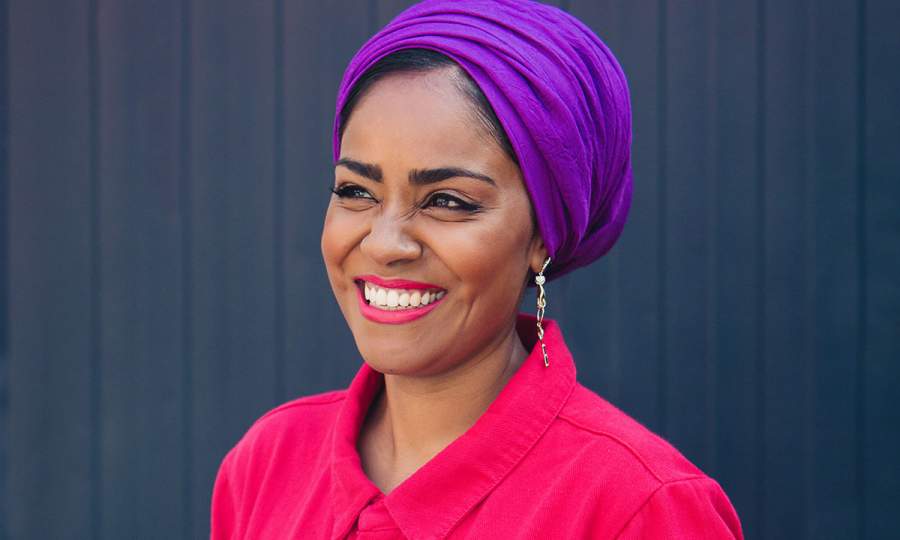 Nadiya Jamir Hussain is a well-known British TV chef, television presenter, and author. She rose to fame in the sixth series of the show The Great British Bake Off. After becoming the winner of the show she is getting many opportunities to take part in other shows. Hussain is also serving as the columnist for The Times Magazine. She is now thirty-four years old. She is one of the popular personalities in the UK and got the chance to bake a cake for the Queen Elizabeth II birthday celebration. Know more about Nadiya Hussain’s biography here.

The birth date of Hussain is 25 December 1984 and her birthplace is Luton, Bedfordshire. She is a British Bangladeshi. She went to Beech Hill Primary School and Luton Sixth Form College. She began to wear the hijab at the age of fourteen. Her father worked as a chef and owned an Indian restaurant. She became interested in cooking and learned little cooking at her school. She also saw many Youtube videos to cook. Her favourite book is a baking-themed book by Marian Keyes.

– Cooking in The Great British Bake Off

In 2015 Hussain came as a contestant in The Great British Bake Off season 6. The finale became a great hit and her performance in it got a lot of praise. Many people got awareness about the stereotypes surrounding the Muslim community and understood the importance of cultural diversity because of her part in the show. She received huge fans support because of her cooking talents and facial expressions.

In 2016 Hussain hosted The Chronicles of Nadiya a two-part food travelogue. She visited Bangladesh to learn about her culinary roots. Then in 2017, she was the presenter for the show Nadiya’s British Food Adventure which was an eight-part series. In 2018 she hosted the cookery series titled Nadiya’s Family Favourites.

In 2019 she again was part of a six-part series titled Time to Eat. She offered time-saving cooking hacks in the series. In 2020 she became part of the new show Nadiya Bakes. She also began her writing career by writing for various popular magazines and newspapers.

When Hussain was twenty she got married to Abdal Hussain. Her family arranged the marriage according to the custom. She only met her future husband once before the marriage. She shared that it was hard marrying a stranger however they have bonded through the good and bad days of their life. Then in 2018, she married her husband again. She and her husband have two sons and a daughter.

The net worth of Nadiya Hussain

As Hussain was part of many shows she became a wealthy woman. Her net worth estimate is $5 million. She also started her own homeware collection company. It has a range of full tableware products and also candles, gloves, aprons, and lots more. She also became Queen Elizabeth II’s baker for her birthday. She made an orange drizzle cake with orange buttercream and curd.

Nadiya Hussain is an inspiring woman. She has motivated lots of women to achieve their dreams and make it big in the world.