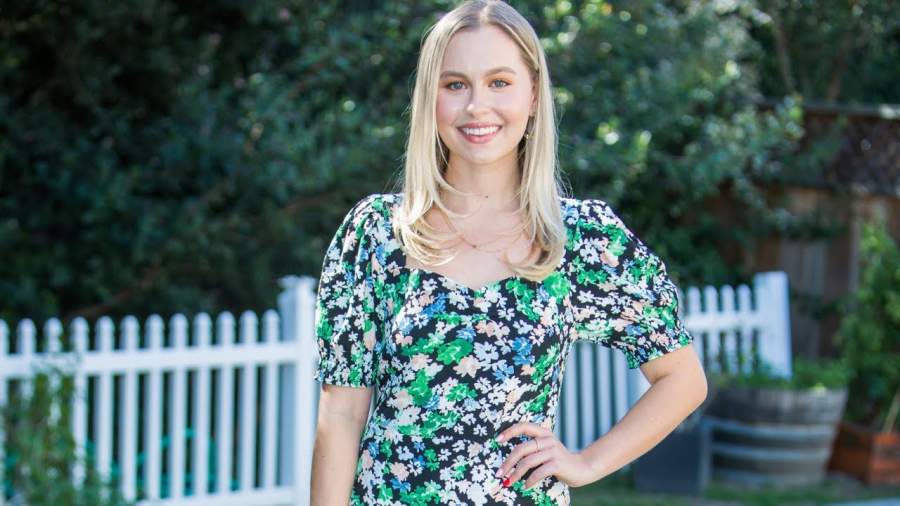 Natasha Bure is a popular American YouTube personality who talks about different topics related to lifestyle, beauty, and fashion. Other than being a famous YouTuber, she is also an actress and singer. Known for her flawless beauty and incredible fashion sense, Natasha has gained a massive success as a YouTuber, and her channel has lots of subscribers. The beautiful lady is talented herself without a doubt, but the celebrity status of her mother has helped her a lot to garnered public attention.

Yes, she is a celebrity daughter. Let’s dig deeper to know more about her personal life, career, earnings, and net worth.

Natasha Bure was born on August 15, 1998, in California, USA, with a silver spoon on her mouth. Her mother, Candace Cameron Bure, is a popular actress, while her father, Valeri Bure, is a former NHL player. She enjoyed a privileged childhood and stepped into her professional career soon with the help of her mother. Speaking of her siblings, Natasha has 2 younger brothers named Lev and Maksim. She shares a close relationship with her brothers as well as her parents.

There is not any information available about the education of the star kid. Right now, she is just 21 old and she has been quite active in her career for 5-6years. With the fact, she might not have completed her graduation. However, there is also not any significant information about her early education.

Natasha is a YouTuber by profession.  Being a celebrity daughter, she had a great fashion sense and she was used to the glamour since her childhood. This encouraged her to launch her self-titled YouTube channel in 2014 when she was just a teenager. Her channel got love from the audience since the beginning and this made her today a professional YouTuber. She shares makeup tutorials, beauty tips, skincare routine, daily lifestyle, and much more related to the beauty and lifestyle on her YouTube channel.

Gradually, her channel became popular among the people and she became a successful YouTuber.  Right now, she has over 91 subscribers on her channel. In the meantime, she also tried her hands in acting. She appeared in one of the episodes of ‘Make It or Break It’. In 2018, she also auditioned for ‘The Voice’ for the 11th season. The same year, she also made her ramp debut and walked on the ramp wither mother at ‘New York Fashion Weak’.

Moving on to her awards sections, the gorgeous young lady has certainly earned huge acclaims for her works, but she hasn’t won any major awards so far.

She is just too young to get married. Right now, she is just 21 years old. At this age, finding a serious relationship is not easy. The same happened to Natasha. So far, she hasn’t been in any serious relationships and she is enjoying her bachelor status. She must have dated a couple of guys, but she has never talked about her love affairs. Let’s see who steals the heart of this exotic lady.

Natasha Bure net worth is $1 million

Being a successful YouTuber, she has earned a good amount of money throughout her career. As of now, Natasha holds a huge net worth of approx $1 million. At such a young age, having a net worth of $1 million is a really big thing. Only a few people manage to achieve this much success.  Other than being a YouTube personality, she also seems to launch herself as an actress, as she started ramp walks. So, her net worth is expected to rise in the coming years, as she is diversifying her career.

At the age when most people decide the right career choice for them, Natasha has established her successful career. Her mother’s stardom definitely helped her to launch the career so early, but it’s her hard work and dedication only that made her a star herself. Now, she doesn’t need her mother’s name to introduce herself.