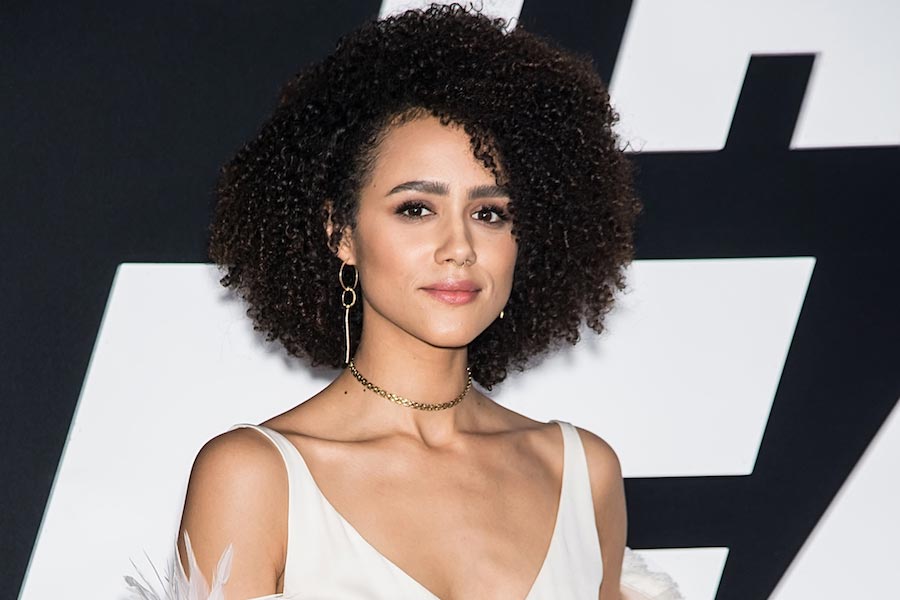 Nathalie Joanne Emmanuel is a well-known actress and model. She began her career in the 90s when she was a young child. She played roles in the musical such as Lion King in the West End productions. But she received a lot of popularity for her role in Games of Thrones. Then she acted in many good films too.

She prefers to play diverse roles in films and series and that is why she is a great actor. The actress is never afraid to experiment on difficult roles. She is now 31 years old and residing in Essex, England. You can find all the details of Nathalie Emmanuel Biography here.

The birthplace of Nathalie Emmanuel is Southend-on-Sea located in the seaside resort of Essex, England. She is the second child in her family born to her parents Dominiquais and father Joseph James. Emmanuel showcased interest in arts from a very young age. She shared once in an interview that her mother observed her passion when she went to independent St Hilda’s School and later to Westcliff High School for Girls.

She always loved to act and caused drama. So her mother helped her to channelize her talents. Then her mother sent her to acting and dancing classes. When she turned ten she played as Nala for the production of Lion King Play.

In the year 2006, Emmanuel received the chance to act in a television series Hollyoaks. She played the role of Sasha Valentine. She acted in this series till 2010 where her role included heroin addiction and prostitution. In 2012 she became part of the show Websex: What’s the Harm? This is a show where she investigated the sexual habits of teenagers living in the UK. Then she acted in a film titled Twenty8k.

Her most well-known role arrived in Game of Thrones series. She played the role of Missandei who is the interpreter of Daenerys Targaryen. Then in the series, she became a regular character. After that, she got opportunities to act in high grossing movies like Fast and Furious. In this film, she played a computer hacker Ramsey.

Then she portrayed as Harriet in the film Maze Runner: The Scorch Trials and its sequel Maze Runner: The Death Cure. The actress is going to reprise her role in Fast and Furious part nine which was set to release in May but it got postponed due to COVID 19 pandemic. In 2020 she acted with Kevin Hart and John Travolta for the series Die Hart.

At first, Nathalie Emmanuel was in a relationship with Devon Anderson. He is a TV actor. They both were part of the same television series titled Hollyoaks. But not much information is available about her private life. The actress never reveals about her dating life when questioned during interviews and decides to keep it private.

However, the sources claim that she is currently dating Alex Lanipekun. He is a British actor well known for his role in the series Spooks.

The net worth of Nathalie Emmanuel

The net worth estimate of the actress is $1 Million. As she has acted in top series and films she is one of the promising young actresses in the industry. She is a dedicated performer who takes inspiration from the world. Emmanuel deeply studies the role she is going to play and then manifests it on the screen.

One of the high grossing series that made her rich is Game of Thrones. It is the world’s most-watched series. In the series, she played the role of the main lead’s close advisor. Then she acted in Fast and Furious. This film also collected a lot of money at the box office.

Nathalie Emmanuel is a fantastic actor and performer. From a young age, she showcased extraordinary talents in acting. The amazing acting profile of the actor is proof of her talents.