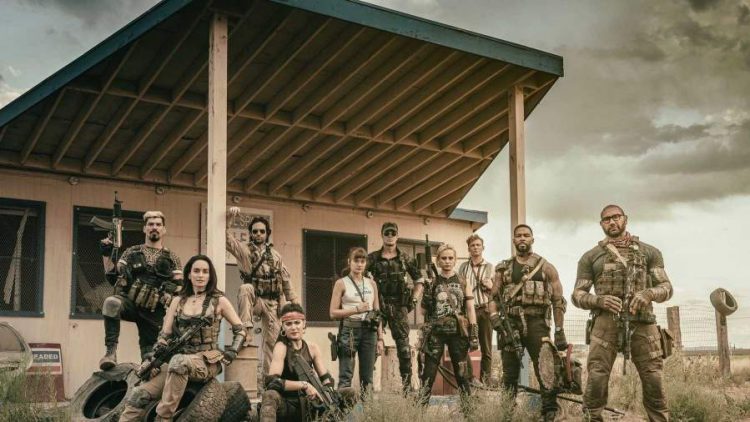 Get ready for another Zombie survival series which will be a prequel for the upcoming 2021 film Army of the Dead. This is going to be made in the style of an anime web series titled Army of the Dead: Lost Vegas. The series is going to release on Netflix soon. The developer of the series is Jay Oliva and the producers are Meduzarts Animation. Many cast members from the feature film will reprise their role for the web series. The series is going to be action-packed with hordes of zombies trying to devour the humans.

Know more about the series here.

When the release date of Army of the Dead: Lost Vegas set?

The Army of the Dead film is going to arrive in 2021. So the anime web series may release after it. The series is still in the production stage. We will get to know what events led to the horrific situation in the upcoming film. The sources claim that the anime will release with four episodes.

What is the plotline of Army of the Dead: Lost Vegas?

The series will focus on the early events of the zombie outbreak in Las Vegas. We will get to see the origin life of Scott and his comrades’ hard work to save mankind from infected humans. This series also will be set in Las Vegas as the film. Can they rescue many people from the growing numbers of Zombies? The anime series will tell the story of how they survive the early stages of the zombie attacks.

The cast members of the film are really excited to voice the characters in the anime.  Dave Bautista is going to voice the character of Scott Ward a man who is ready to save the people he loves from the zombies along with his crew. Bautista is an excellent actor who has starred in many action roles. He played a powerful character in Guardians of the Galaxy. As he is a professional wrestler and a mixed martial arts artist he is a suitable actor for the role.

Then Ella Purnell is going to portray the role of Kate Ward. She is playing an important role in the prequel anime as well as the film. Then the other members of their crew are Ana de la Reguera as Cruz, Tig Notaro as Martin, and Omari Hardwick as Vanderohe.

The fantastic actor Joe Manganiello is also going to be part of the series. He is going to voice the character, Rose. The Christian Slater will voice Torrance, Harry Lennix as Boorman, Ross Butler as Chen, Vanessa Hudgens as Willow, Anya Chalotra as Lucilia and Monica Barbaro as Meagan will also be part of the cast. This list itself shows how powerful the anime series is going to be.

Netflix film Army of the Dead: Lost Vegas is going to be one of the best zombie series of the year. The story is great and the cast absolutely perfect. Get ready to watch the series as it can release anytime next year.